"The Question of the Right of Migrant Laborers," Namrata Raju. Amar Ujala, February 19, 2018 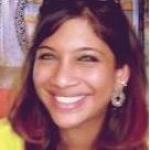 Imagine moving countries for a brand-new job, only to discover that you have been sold to your employer for $4,700. It sounds preposterous, but is the real-life story of Salma Begum, a 39-year-old Indian Hyderabadi woman, which made headlines last year. Salma, duped by fraudulent recruitment agents, was sold to her employer, who tortured her after she refused to marry him. While Salma made it to Mumbai after an intervention by External Affairs Minister Sushma Swaraj, hordes of blue collar migrants in similar positions are not as fortunate.

Employer abuse against blue-collar migrants in the Gulf has been rampant ever since South Asians began migrating to the region after the oil boom of the 70s. To bystanders, it may seem that India’s rising economic might places the nation at a negotiation advantage, but local embassies have to navigate difficult territory, given several of the prevailing local laws in each Gulf state. The deficiencies in laws on sexual violence are an apt example: while embassies can aid migrants who fall prey to sexual violence, local legal frameworks restrict the reach of embassies when seeking redress.

Still, migration itself is by no means an ill, and if done safely, could prove beneficial for all parties concerned: the worker, the destination country, and the Indian state. To claim that the Indian government has failed to incorporate measures to ensure safe migration would be a falsehood. There have been several moves like this, such as the 2014 launch of the online platform, “eMigrate” for the registration of foreign employers seeking Indian labor.

Two age-old culprits behind migrant worker exploitation are informal migration channels and recruitment agents like those responsible for Salma Begum’s predicament. Aware of this, the government incorporated the eMigrate platform to formalize recruitment and reduce the stranglehold of dubious recruiters on job-seekers. Yet, the eMigrate platform is not without its glitches and ironing them out is imperative if eMigrate is to truly serve workers like Salma positioned overseas.

Waive the Current Ban on Women Under 30 in the “ECR” Category
First, eMigrate does a disservice to women migrating under the Emigration Clearance Required (ECR) stamp on their passports. This stamp dates back to the Emigration Act of 1983, which says that individuals who have not passed the tenth grade and wish to migrate to a list of eighteen countries (including the Gulf states) are required to have prior clearance from the Protector of Emigrants. Coincidentally, this subject was recently in the news, since the government first proposed that those with an ECR stamp instead have different-colored passports for easy identification, a proposal that it later scrapped.

Currently, eMigrate does not permit Indian women under the age of 30 within the ECR category to migrate at all. This equates to a migration ban on women in this category to the 18 listed countries—a move that has repeatedly been cautioned against by the International Labour Organisation (ILO). In a June 2017 press release, the ILO said of placing restrictions on women’s migration, “… Migration restrictions often lead to increased risks of forced labour or trafficking, as workers must rely on unregistered recruitment agents or brokers. Women who migrated despite the bans reported difficulties in accessing assistance when problems occurred, and the lack of government oversight was found to lead to abuses of power by recruitment agencies.”

Although these restrictions on women under 30 in the ECR category may hail from a well-intentioned place, they could be directing women toward informal migration channels, thereby heightening their vulnerability to being trafficked. Hence, waiving this ban is essential.

Explore Regional MOUs
The Government of India, aware of the predicament of blue collar workers in the Gulf, has signed Memoranda of Understanding (MOUs) with some Gulf countries to protect the rights of nurses and female domestic workers—two groups who have faced recurrent exploitation. The eMigrate platform facilitates the governments on both ends to coordinate their efforts surrounding workers on the system and ensure that these MOUs are upheld.

Yet, NGOs and migrant rights activists report that one-to-one MOUs between India and each Gulf country shall not suffice. Instead, pan-regional pacts are the call of the hour. The absence of pan-regional pacts leaves room for the trafficking of Indian labor across the borders of one Gulf state and another. The organization Migrant Rights cites that where women are trafficked from the United Arab Emirates (UAE) into neighboring states, “It’s easy for agents to illegally arrange tourist visas to the UAE for Indian women. Once in the UAE, the agents shelter the women while procuring a job for them in another Gulf country, before their UAE visa expires. The women aren’t stopped from entering other GCC countries as long as they have a job visa. In this process, embassy procedures are circumvented. Women enter another country without the knowledge of their home country embassy, and outside the terms of the MOUs signed between origin and destination countries.”

Fix the Referral Wage
The eMigrate platform comes with another trimming: the specification of a minimum wage, or what it terms a “referral wage” in each migrant destination country. Given the consistent undervaluing of migrant labor overseas, the government is wholly correct in its belief that a referral wage is not just important, but necessary for workers’ economic empowerment. That said, the erroneous design of the referral wage has rendered the labor in some job categories far too expensive for foreign employers. Subsequently, these employers have begun looking to South Asian nations outside of India to fill vacancies because they simply cannot afford the labor at these new wage limits. Paradoxically, the referral wage has caused many, like Salma Begum, more harm than good because foreign employers might now seek out a Bangladeshi or Pakistani worker to replace her.

A 2016 ILO report underpins where the design of the referral wage went extinct. According to this report, when referral wages were structured, there was no concerted effort to align these wages with the prevailing market wage rates in destination countries. This meant that for some jobs, Indian migrant workers were now expected to gross a higher wage than employers in the market were willing to pay or indeed, sometimes able to afford. Furthermore, wage comparisons were not drawn with other countries in South Asia from which workers most often migrate to the Gulf- meaning that now, workers from Bangladesh and Pakistan were willing to migrate at a wage that was more competitive than that of an Indian worker.

The solution to this muddle is to fix how we determine the referral wage. This entails surveying the prevailing market rate in the destination country, as well as drawing comparisons with prevailing wage rates for similar occupations in the rest of South Asia.

It is important to caution that these steps are still only part of the larger solution. Several other measures must be taken to reduce migrant worker vulnerability, from stepping up pre-departure straining efforts to incorporating harsher punishment for illegal recruiters and their subagents. Considering the complexity of migration and the multitudes of migrants in question, it is a long road ahead to ensuring another Salma Begum situation does not happen.

Namrata Raju is a Master in Public Administration Candidate at Harvard Kennedy School.