"Public services in a weak civil society," India Together. March 2003.

"Corrupt Schools, Corrupt Universities: What Can be Done?" Jacque Hallak and Muriel Poisson for the International Institute for Educational Planning and the UNESCO. 2007 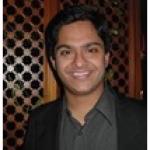 After over a decade of rapid economic growth in India, the biggest challenge facing policymakers at both central and state levels is to ensure 'inclusive' growth so that the gains from increased national income are shared by all sections of society. In particular, it is imperative that a high quality of basic services such as health and education be provided to all citizens, since these are not only ends in themselves, but also play a critical role in enhancing individual capabilities to participate fully in the growth of the economy.

Central and state governments have recognized this as a priority area, but have shown a lack of imagination (like all their predecessors) in addressing the problem of service quality by focusing mostly on increasing spending and not enough on the question of how effectively the resources allocated are spent.

There are large and glaring inefficiencies in service delivery in India. In a study I conducted in 2003 (with co-authors from Harvard University and the World Bank) using repeated surveys of a nationally-representative sample of over 3,000 government-run schools and 1,500 primary health centers across India, we found that on a typical working day, 25 percent of teachers in government schools and 40 percent of medical workers in government health clinics are absent from work.

These measures of absence are based on direct physical observation as opposed to official records (which are often faked) and this is a bare minimum estimate of the problem, because in many cases providers are present but not actively working. For instance, while 25 percent of teachers were absent, another 25-30 percent of teachers on the rolls were in school but not teaching and so less than half of the teachers were engaged in teaching activity. Since salaries account for over 90 percent of the non-plan budget in education, nearly half the resources allocated to education are potentially being wasted.

The average numbers are bad enough, but the state-level variation is even more troubling because poorer states have significantly higher levels of provider absence in both health and education. For instance, over 70 percent of doctors in Bihar were found to be absent, and over 70 percent of teachers in Bihar and Jharkhand were not engaging in any teaching activity. Thus, the states that have the greatest need for improved health and education are also the ones where increased spending on its own is least likely to make a significant impact on outcomes. Since salaries are the largest component of spending, the rest of this article will focus on ways of improving incentives for the front-line service providers such as teachers and healthcare workers.

A common misconception is that government employees are not paid well enough, while the reality is that the typical government teacher is paid three to ten times more than a typical teacher in a rural private school. However, while salaries are high, the pay does not in any way depend on any measure of performance, which means that there is no incentive for good performance. One solution to this problem would be to link a portion of the salary to objective measures of performance.

Preliminary results from my ongoing research in Andhra Pradesh suggest that even providing small monetary bonus payments (with an average annual bonus of around 3 percent of annual pay) to teachers on the basis of the average improvement in student performance on independently administered tests led to large gains in student learning outcomes. This program was over 10 times more cost effective in improving learning than simply expanding spending along existing patterns. It was also popular with teachers with over 85 percent of them being in favor of the idea of bonus payments on the basis of performance.

Another promising way of improving effectiveness of service delivery is to modify the contractual structure of employment to make job renewal subject to satisfactory performance as measured by both administrators and the community that is being served. A good example is the use of contract teachers who are hired locally at the village level. Again, my research shows that contract teachers are significantly less likely to be absent (15 percent compared to 25 percent) and are much more likely to be engaging in teaching activity even though they are paid only Rs. 1,000 a month as opposed to an average of Rs. 7,500 a month for government-employed teachers. The research also shows that providing schools with extra contract teachers is a highly cost effective way of improving learning outcomes. The key features of this arrangement are that the teachers belong to the same local communities that they are serving, and that the renewal of their contract is subject to satisfactory performance.

As the discussion above illustrates, local control over employment can be a powerful source of improved incentives for service providers. This can be taken even further by giving locally elected bodies more control over the schools and clinics meant to serve them. This could encompass not only hiring, retention, performance bonuses and other personnel policies, but could also include cash block grants that allow local communities to customize spending according to local priorities. While the potential for leakages and capture by local elites remains strong, combining decentralization with greater transparency of information on spending as per the Right to Information Act laws offers a promising way of empowering communities to obtain better health and education outcomes for themselves.

One response to the poor quality of public schools and clinics is the increasing prevalence of private schools and clinics even in backward parts of the country. A key feature of private providers is the much higher level of accountability of their employees. For example, our data showed that absent teachers in private schools were 175 times more likely to have action taken against them than absent teachers in government schools, though their salary levels are much lower.

This is not surprising since private providers have to compete for their users and can only survive if people choose to use them. Interestingly, our national-level research also showed that 80 percent of public school teachers send their own children to private schools! This statistic alone says more about the state of, and the level of trust in, public education in the country. However, while private providers may be more efficient and respond better to the needs of their users, the problem from the point of view of social justice is that these facilities are only available to those who can afford to pay for them, which puts them out of the reach of the poor.

A promising way of addressing this problem is for the government to directly provide health and education grants or vouchers to the poor, which in turn would be redeemable at any recognized school or clinic (that would be subject to some basic regulation). The attractiveness of such a scheme is that it harnesses the power of incentives and competition to ensure efficient production that is sensitive to what the users want while avoiding the biggest weakness of the market - which is that it only caters to those with purchasing power. Such a scheme would be indifferent to whether the provider was public or private, but would ensure that providers only get compensated if their service is demanded by users.

Tying the compensation of service providers to the satisfaction of users (as revealed by their use of the facility) can be a very effective way of improving the quality of basic services. Such a scheme can also be a highly effective way of targeting government support, since the amount of the grant can be calibrated to an index of backwardness and funds can be effectively targeted to the neediest segments of society.

In conclusion, it is clear that improving the quality of health and education services for all Indians is a critical component of ensuring 'inclusive growth'. While budgetary increases for health and education are definitely welcome, their effect will be magnified if accompanied by measures to improve the effectiveness of spending. In particular, the lack of both accountability and performance incentives for government employees in health and education (as manifested by high rates of absence) is an enormous hurdle for effective service delivery.

The options described above are unlikely by themselves to solve the problem of poor service quality in India, but some combination of the above approaches should be a top priority for policy makers, especially in the most backward states.

While some of these changes may be politically difficult in the short run (especially given the strength of public-sector unions), leaders should take care to not be held hostage to the vested interests of a few while failing in their duties to the weakest sections of society. In the long run, there could be significant political rewards available to political parties and leaders who can campaign credibly on the platform of improved services for the poor.

Karthik Muralidharan is a post-doctoral research fellow at the Harvard University Graduate School of Education.