Developing Lateral Accountability: Learning from the Indian Institutes of Technology 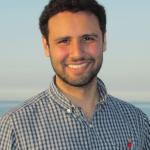 The Indian state faces a serious need to overhaul its mechanisms of accountability. According to a Pew Research Poll conducted in 2010, 98 percent of Indian citizens classify government corruption as a “very big” or a “moderately big” problem facing the country. There is good reason for citizens to be concerned. Every year, the government loses countless crores of rupees to bribery and embezzlement. Related to the lost money are the lost man-hours. Worker absenteeism, defined as the practice of staying away from work without good reason, is another huge problem. A recent study conducted by Harvard and Princeton economists revealed that 25 percent of public primary school teachers and 40 percent of government healthcare workers are absent from their jobs on any given day.

Unfortunately, introducing new mechanisms of accountability can be a daunting prospect. It may be a cliché to say that Indian culture and society is unique, but it is apparent that certain institutions and accountability procedures, when copied from other (typically Western) societies, have fizzled out when introduced to the sub-continent. Also, many forms of accountability are prohibitively costly for a developing country like India. Consider the problem of teacher absenteeism. Typical top-down recommendations would involve the principal (in this case, the government) redefining its relationship with the agent (the teacher) either by incentivizing good behavior, punishing bad behavior, or through some combination of the two. Providing such incentives and punishments would require close monitoring; the government would need to know which teachers are doing their jobs and which are not. Closely monitoring such behavior becomes a formidable challenge when one considers that there are almost 2.5 million primary school teachers spread across the country, from the urban centers to the rural fringes. And even if the costs of monitoring were negligible, the costs borne from providing incentives or from imposing penalties would be quite substantial at such a large scale.

However, while much of the state requires serious reform, it is worth stressing that not all government institutions in India are riddled by corruption and absenteeism. Indeed, there are several agencies within the government where accountability is monitored and enforced. Since these institutions are already operating successfully, we can set aside the concerns discussed above, and learn potentially valuable lessons from observing their mechanisms of accountability. One such government agency which is known to execute its mission well are the Indian Institutes of Technology (IITs). The IITs are India’s premier engineering and science universities. Every year, many of their undergraduates matriculate to the top graduate programs in the world; several others enter India’s corporate ranks. Top-quality research is produced at each of the sixteen campuses. Most impressive of all is that such excellence comes from what would be considered a shoestring budget compared to other major engineering universities.

At the heart of any university is the faculty, and the IITs are no exception. Professors design and conduct an entirely meritocratic entrance exam, a remarkable process given that entrances can be bought at so many other universities and government agencies. Taking money for grades, another common feature in the Indian educational system, never happens. And most strikingly, IIT faculty show up to teach their classes; faculty absenteeism is virtually non-existent. Additionally, many professors complement their teaching loads with extensive student mentoring, to say nothing of the long hours spent running labs and conducting research.

Such high-level performance is all the more remarkable when one considers that IIT faculty are employees of the central government. Like other bureaucrats in India, protections make it difficult for them to be fired. Indeed, as the IITs are deemed to be Institutions of National Importance, politicians and outside ministries face serious restrictions in even reprimanding delinquent faculty. Also, like other bureaucrats, faculty pay automatically increases over time, with pay grades mirroring those of other government officials. Put simply, IIT faculty are not subject to the typical principal-agent mechanisms that we would expect of such a well-functioning and accountable organization.

In order to understand the motivations and to identify accountability mechanisms driving the performance of IIT faculty, I conducted an in-depth study of IITs during the 2011-12 academic year. In addition to interviewing professors at several different campuses across India, I designed and executed a survey across the entire IIT faculty. I received 1,141 completed responses, representing a 30 percent response rate across the sixteen campuses.

The results suggest that the high performance of IIT faculty is not due to top-down mechanisms of accountability, but instead, due to lateral accountability across the faculty. Specifically, the faculty possess a strong sense of obligation to their local departments and to their broader scholarly communities. These broader communities extend across different universities and even across countries and continents. During semi-structured interviews, when professors were asked why they show up to teach their classes, they did not mention the fear of punishment from their bosses, nor did they mention any monetary incentives. Instead, they cited motivations of professional standing: respondents want to be regarded as good teachers, or, at least, they do not want to be known by students and other professors as the faculty member who shirks his or her teaching duties. Likewise, when faculty were asked about their research motivations, respondents described their desires for recognition in their fields of expertise. IIT professors strive to attain professional accolades from their scholarly networks, as they want to be regarded as important researchers. More than anything else, the faculty of IITs are motivated to do their jobs because they crave recognition from their scholarly peers. It should be noted that in this regard, IIT professors are not unlike professors at many other universities. Many tenured faculty in the United States (who also do not face the threat of being fired) also state that they continue to pursue professional excellence because they want to improve their reputation among their scholarly peers.

What can we learn from the IITs? First, without such lateral accountability, the IITs probably would suffer from the accountability issues afflicting other parts of the Indian state, with professors shirking their duties while taking their pay. While this argument for lateral accountability can be applied to other government officials such as teachers, healthcare workers, judges, and soldiers, it should be immediately applied to other universities in India. Profound shifts are taking place across the higher education landscape in India, from dramatic demand-driven expansion to the government removing itself from accrediting and licensing universities, and fostering this culture of lateral accountability amongst the faculty of other Indian universities will become even more important in creating positive outcomes. Second, such a form of lateral accountability is incredibly effective and we know that it already works in India. It can also be very cheap. Motivations like being a referee for an academic journal carry no financial benefit, and yet professors take on this responsibility to display their commitment to scholarly service. Similarly, a department-determined title promotion from assistant to associate professor may come with no salary increase, but it is highly prized nonetheless. Additionally, the monitoring for such a promotion is extraordinarily cost-effective; other faculty within the department who know the candidate make the decision, soliciting input from scholarly peers at other universities. Developing and applying similar mechanisms of lateral accountability to other agencies and institutions may prove to be a viable and economic approach for improving accountability across the Indian state.

Dinsha Mistree is a Ph.D. student in the Department of Politics at Princeton University. He can be reached at dmistree@princeton.edu.