A Cautionary Note on India’s Fixation with Metro Rail Projects 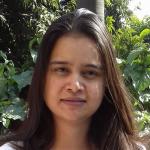 Despite the lack of evidence in support of metro rail projects to effectively contribute to public transportation needs in developing countries, there is a rush amongst Indian states to adopt metro rail systems for their cities. This can be attributed to what political economists have described as increased competition for investments between Indian states after the liberalization of the economy in the nineties, whereby states seek opportunities to attract investments within their territory often through infrastructure development. Metro systems also cater to the visions of Indian urban elites and political class as a means of transport that is both “ultra-modern” in its appeal and provides the comfort of air-conditioned travel that is infused with values of “discipline” and “cleanliness.” There, thus, seems to be an aesthetic segregation that operates between the adoption of metro systems over the expansion of other travel modes such as buses.

Implementing metro rail projects come with significant economic costs, however. They are among the most expensive forms of mass rapid transit systems, and involve extensive land use changes for their implementation. As a result, metro projects require significant leveraging of financial and administrative resources for their execution. Based on evidence from my own research study of two metro projects in Karnataka and Kerala, along with findings gleaned from previous studies on urban transport in developing countries, I stress the need for a more thoughtful consideration of the adequacy of metro systems prior to their adoption. I indicate that the current trends in implementation of metro systems across various Indian cities, irrespective of the city size and population mark, point in the direction of a rather hasty approach toward urban planning that lacks earnest assessment and consideration of public transportation needs of our cities.

The studies on transport projects from both developed and developing countries have raised questions on the universal applicability of metro rail projects as a mode of public transport that, in itself, can lead to decline in the use of private vehicles. While there are a mix of success and failure rates, most studies suggest that metro rail projects can be advantageous only when carefully implemented in integration with other public conveyance modes. Furthermore, the effective utilization of metro systems depends on the spatial attributes of cities such as concentration of business districts and population size and density. However, even the most extensive and densely networked metro system in India, the Delhi metro, has not fully incorporated related measures of inter transport integration. This has led to underutilization of its capacity—at least 20 percent less than its available capacity. There are other projects, such as the Chennai metro, which run way below their carrying capacity, to an extent that certain stations are almost deserted. Similarly, most metro projects in other cities have fallen short of expected ridership capacity.

In terms of economic viability, owing to high investments, all over the world metro systems generally receive subsidies from the state. This stands true for India as well, where government has substantially contributed to metro projects through subsidies and equities. Revenues have also been leveraged through loans from international donor agencies. For instance, for both Bangalore and Kochi metro systems, the government has contributed through equities and loans, and additional financial assistance has been sought from agencies like Japanese International Cooperation Agency. However, as long as the public transport needs are met by the projects, the subsidies and debts are justified. But then, the mass of urban poor in India cannot afford to travel by metros. Even amongst the middle-class users of private vehicles in the country, the use of metro systems is not very encouraging. Moreover, in practice, the construction of metro projects in developing countries tends to drive out investments from other cheaper modes of public transport such as bus systems, which cater to the majority of lower middle and urban poor segments. Also, for the same amount of expenditure the bus systems can cover a much larger area.

The entitlement of huge subsidies to metro projects also comes at the cost of other welfare schemes. The debts incurred from external agencies often pile up as projects are delayed due to land acquisition or other legal issues. Private participation in the projects must also be considered warily. In the absence of robust land regulations, private participation can lead unbridled conversion of public lands adjoining metro corridors for commercial purposes as private actors would seek to maximize their gains. For instance, for Bangalore and Kochi metro projects, land parcels have been acquired in addition to project requirements that are converted for profit generating real estate activities primarily targeted at higher income groups. Again, the diversion of significant resources as land, occurs at the cost of welfare activities such as affordable housing or education or healthcare systems. Elsewhere, I have also indicated corrupt practices pervading public private partnerships in cases of metro projects in India due to inefficiency of the state to regulate such partnerships.

Metro rail systems, once executed, are difficult to dismantle and the incurring operational costs are high and in practice irretrievable. Although the government of India has issued guidelines for evaluation of metro systems, the rate at which metro projects are being sanctioned seem to defy any of these guidelines. Hence, incorporation of assessment systems to gauge the need of metro systems, which should be based on requirements of individual cities, must also be accompanied by a comprehensive follow up system to ensure these assessments find a place in actual policy implementation. There must also be an effort to develop and strategize urban planning schemes that are based on holistic visions of transportation needs of cities through adoption and integration of different modes of conveyance within cities. Lastly, investments must be channelized to enhance the capacity and efficiency of low cost transport modes that can cater to the vast majority of urban residents, rather than diverting substantial investments in pursuit of high end infrastructure projects that can cater to limited segments of the urban population.

Meenakshi Sinha has a Ph.D. in International Development from King’s College London. Her current research examines transport projects and land use planning in urban India.