Who Plans the Indian City? The Anomalies of India’s Urban Planning System 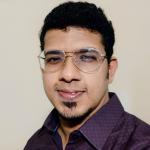 The “haphazard” nature of urban planning in India habitually becomes a topic of public debate whenever our cities encounter a major crisis, like the urban flooding that Chennai witnessed recently. Since urban planning and its enforcement are routinely declared the culprit of India’s “dysfunctional” cities, it is important to examine the roots underpinning India’s current urban planning regime. We need to ask some key questions regarding the institutional framework of urban planning in India: Who has the authority to plan the city? Why are India’s urban planning laws and processes framed the way they are?

Though in India’s constitutional scheme, urban planning is a function of elected local governments, planning exercises in Indian cities is primarily carried out by non-representative bureaucratic agencies under the state government. Here, I seek to unpack the reasons and basis for this anomaly. I trace the historic roots of India’s urban planning institutions to highlight how the colonial logic of keeping urban planning and “improvement” detached from city politics continues to influence the planning processes in India today. I further examine the implications of following such an outmoded planning regime for Indian cities.

The Authority to Plan
India’s local governance system underwent a significant transformation in 1992 with constitutional reforms (in the form of 73rd and 74th Amendments) empowering rural and urban local governments to work as “institutions of self-government.” The 74th Amendment grants elected municipalities powers to prepare and implement plans and schemes for economic development and social justice and subjects listed under the 12th Schedule. Urban planning, regulation of land use, and planning for economic and social development are the first three subjects listed in the 12th schedule. Further, for metropolitan cities with a population of over 1 million, the 74th Amendment mandates the creation of a Metropolitan Planning Committee (MPC), with at least two-thirds of its members to be elected local representatives, to prepare a development plan for the metropolitan area, incorporating the plans prepared by local bodies. Hence, constitutional reforms have vested elected municipalities with the task of urban planning, along with the MPC which is responsible for preparing the plan for the larger region.

The Colonial Origins of Planning Institutions
The anomaly of urban planning in India being divorced from local democracy has a long history. India’s current urban planning system owes its origin to the planning institutions and laws established by the British colonial government in response to the bubonic plague that struck Bombay in 1896. The British-built Indian cities mostly operated as dual towns with clear separation between the “fort” area occupied by the British and a “native” town where Indians lived. Until the onset of the plague, the British were mainly concerned with administering the cantonment and adjoining civil lines where they lived. However, with the plague killing about 6 percent of Bombay’s population and bringing commerce in the city to a halt, the colonial government felt the need to intervene and regulate the city as a whole.

The Bombay Improvement Trust was created in 1898, which became a precursor for various such trusts established across British India. The Trust was responsible for physical planning, laying of new streets, constructing houses, and decongesting crowded localities, with the aim of preventing the outbreak of diseases. The colonial government was of the view that overcrowding and insanitary conditions in the “native” areas was the main cause for the spread of the plague and, hence, vested the Trust with “eminent domain” powers to demolish and improve slums.

City Improvement Trusts were subsequently established in various British-controlled cities like Calcutta, Lucknow, Kanpur, Allahabad, Delhi, and Bangalore. These Trusts operated parallelly and autonomously from Municipal Corporations, which had become partially representative bodies after the 1882 resolution on local self-government issued by British Viceroy Lord Ripon. The operation of such trusts ensured that the colonial bureaucracy could direct and regulate urban development without the intervention of elected municipalities. This practice of ringfencing urban planning and development from local politics leaves an enduring post-colonial legacy with City Improvement Trusts transforming into Development Authorities.

With Development Authorities gathering power over the years, constitutional interventions attempting to decentralize powers to local governments couldn’t dismantle the bureaucratic power structures that became embedded in the state. Close to three decades after the passing of the 74th Amendment, legislations governing urban planning and development authorities have not undergone any major changes to institute democratic planning processes. Most state legislations on urban planning continue to be based on the union government’s Model Town and Country Planning Law of 1960 which is itself derived from the British Town and Country Planning Act of 1947. These legislations provide for a centralized and top-down planning system which is disconnected from the local government and minimal avenues for public participation.

The Limits of the Master Planning Regime
Indian cities continue to follow a British-inspired archaic planning system which has, in fact, been completely overhauled in the United Kingdom. While much of the world has moved on to more dynamic planning processes, the planning regime in India places the “master plan” as the fountainhead that determines and regulates, at least theoretically, any development in the city. However, as per state planning legislations, the master plan is mostly a spatial instrument for regulating land-use and buildings and does not require key sectors like transport or environment to be incorporated in the plan. Even if these sectors are included in the plan document, as some of the newer master plans tend to do, such provisions are not legally binding. So, the focus of planning continues to be the strict division of the city into various mono-functional zonal categories like residential, commercial, and industrial.

Such an inflexible zoning regulation-based planning system speaks very little to India’s urban realities which are characterised by the diversity of urban form and dynamic spaces that are historically mixed-use in character. As a result, the immense contradictions between the plan on paper and the built form on the ground in Indian cities should not be surprising. The inevitability of the “failure” of the plan embedded in the planning process also allows for various kinds of exceptions to be made to the planning regulations and the introduction of various “regularization” schemes that condone planning violations. The modern rationalistic master planning system that is sought to be imposed on the Indian city is, hence, hollowed out by a thousand cuts, arguably by design and not default.

Mathew Idiculla is a visiting faculty at the School of Policy and Governance, Azim Premji University and an independent legal and policy consultant on urban issues based in Bangalore. He can be reached at mathew.idiculla@apu.edu.in.