India’s Rise as a Great Power in Asia 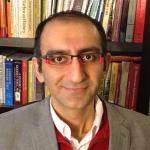 Singapore’s defense minister Ng Eng Hen stated last month that his country wanted India to play a bigger role in the South China Sea. The leaders of Vietnam and the Philippines have also made similar statements in recent years. This “invitation” extended to India by the leaders of Southeast Asia to participate in that region’s security affairs is tantamount to India’s emergence as a great power in Southeast Asia, and by extension, in Asia itself.

The significance of Southeast Asia lies in the fact that this crucial strategic region that connects the Indian and the Pacific Oceans, and includes some of the most important maritime chokepoints, is likely to be the site of order-making in Asia in the context of the rise of China. Thomas Donilon, who was the American National Security Advisor when the United States announced its “pivot/rebalancing” has explained that the pivot is not just about “rebalancing towards Asia” but also includes rebalancing “within Asia” as America has begun to focus “in a renewed way on Southeast Asia and ASEAN (the Association of Southeast Asian Nations).” Furthermore, the Asian-institutional architecture is ASEAN-centric and ASEAN-led.

Second, India is not pursuing any unilateral or hegemonic policies towards Southeast Asia, whether at the diplomatic level or at the military/maritime level. In 2012, India’s former Prime Minister, Manmohan Singh, explicitly noted that New Delhi believes that “ASEAN centrality is essential in the evolving regional architecture,” thus endorsing ASEAN’s leading role in regional diplomacy. Similarly, at the military/maritime level, India not only prefers to be invited into the region (e.g., in the South China Sea), but former defense minister, Pranab Mukherjee (now President), noted in 2006 that India was willing to assist the regional states in “any capacity” for security in the Strait of Malacca subject “to the desire of the littoral states.”

In other words, despite India’s more advanced military capabilities vis-à-vis the Southeast Asian states, New Delhi is not claiming the mantle of leadership there but prefers to work in accordance with the local norms and mores. Therefore, it is not surprising that Lee Kuan Yew, Singapore’s recently deceased statesman, welcomed India’s presence in Southeast Asia in 2007 by noting that there was “no fear” that India had “aggressive intentions.” India has now transcended its home region of South Asia due to its growing power in Southeast Asia, thus becoming a key component of the Asian security architecture along with the region’s other great powers: the United States, Japan, and China. Notably, all three Asian great powers also seem to be willing to work with India in Southeast Asia.

President Obama has urged India to “act East” on a number of occasions.  Furthermore, the United States and India released a joint vision statement earlier this year in which they specifically called for “safeguarding maritime security and ensuring freedom of navigation and over flight throughout the region, especially in the South China Sea.” On his part, Japanese Prime Minister Shinzo Abe sees the India-Japan relationship as a “confluence” of the Indian and Pacific Oceans. Notably, Southeast Asia is geographically – and geopolitically – located at this confluence.  The Japan-India joint statement on their strategic and global partnership that was released last year especially noted the launch of their “bilateral dialogue on ASEAN affairs.”

Finally, China also seems to be willing to work with India, even if begrudgingly, in the region’s economic and institutional affairs. Through their 2008 shared vision document, China and India agreed to “explore … a new architecture for closer regional cooperation in Asia, and to make joint efforts for regional integration of Asia.” This statement, which explicitly identified the ASEAN-led East Asia Summit as an avenue where China and India can work together is significant simply because China was hitherto unwilling to recognize India as a major power in Asia beyond South Asia.

In other words, the regional states of Southeast Asia, as well as the great powers active in Southeast Asia, now seem willing to grant India the status of a great power in that region. This has two noteworthy implications. First, these acts “legitimize” India’s status as a great power in Asia as well as its role in the security affairs of a region outside of India’s home region in South Asia. As such, India is not seen as an interloper in the larger Asian strategic theater. Second, this empirically demonstrates that the rise of a new great power need not disrupt the extant order as is normally assumed. In fact, the rise of a new great power – in this case, India – can be seen as contributing to the maintenance of the regional order.

India has three main security-related interests in Southeast Asia that contribute toward the maintenance of the regional order. First, as noted by the former defense minister Mukherjee in 2005, India’s “Look East” strategy is based on the principle of “the maintenance of an equitable strategic balance.” India does not want Southeast Asia to be dominated by any single great power. Consequently, India is upgrading its naval and air assets in the Andaman and Nicobar Islands. Located at the mouth of the Strait of Malacca, India’s maritime and air capabilities in the Andamans help India meet its second security interest in the region: the security of the Strait itself.  Finally, India’s growing maritime and air capabilities – centered on diverse platforms such as the P-8I aircraft, the C-130Js, the C-17 Globemasters, Sukhoi-30 MKIs, aircraft carrier(s), nuclear submarine(s), and landing dock(s) – allow India to project military power into the South China Sea from the Andamans. After all, India’s third security interest in Southeast Asia is to ensure the freedom of navigation in the South China Sea. In fact, India’s regional partnerships – including docking rights at Vietnam’s Nha Trang port – may further augment India’s capabilities.

At the same time, India has been providing a range of security-related public goods in Southeast Asia such as the provision of humanitarian and disaster relief assistance (e.g., in the aftermath of the Indian Ocean tsunami in 2004 and after Cyclone Nargis in 2008) as well as military capacity-building in regional states (e.g., helping Singapore with anti-submarine warfare and Malaysia with fighter pilot training).

Despite these modest but significant efforts, Southeast Asian states want India to “do more” pro-actively. The crucial question now is whether India’s political leaders will grasp the geopolitical opportunity to ensconce India in the emerging Asian order or if a lack of vision and the exigencies of domestic politics will effectively force New Delhi to squander the chance to shape Asia. At the very least, India needs to expedite its economic engagement with Southeast Asia while enhancing physical connectivity – land and maritime – in order to demonstrate its seriousness.