Policing and Public Health: State Capacity on the Front Lines of the COVID-19 Pandemic 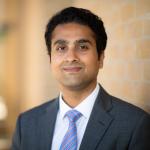 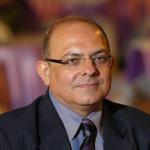 On March 24, 2020, the Indian government announced that all individuals within its borders should remain at home for 21 days. The University of Oxford’s COVID-19 Government Response Tracker reports that India’s response is among the most stringent in the world, and affects 1.3 billion people. The lockdown measures, which were later extended, are highly restrictive, allowing for only essential movements of individuals outside their homes. Its immediate impact was visible from the large-scale movement of the seasonal migrant laborers compelled to flee the cities in which they work for the safety of their rural homes. Additionally, there is another important, but less visible, aspect of the COVID-19 lockdown: the social service function of the police.

All throughout India, local police agencies are tasked with enforcing social distancing, but their activities are much broader. The police are a primary port of access to state services, and the lockdown brings officers into regular contact with citizens needing urgent assistance. Police officers are also at the forefront of India’s public health campaign, providing information and essential supplies. How the police perform this vital function demands far more attention from researchers; policymakers would do well to devote more resources and training to these activities.

The Context of Enforcement
The lockdown poses great burdens on front line police officers in India given capacity constraints and the social context of enforcement. Social distancing contravenes social norms and competes with the needs and livelihoods of the poor. Indian municipalities have thriving street cultures, with roadside stands selling food and goods in the open. A vast urban informal economy functions on the free movement of workers. In rural India, water sources serve as vibrant community spaces, chaupals where residents congregate and exchange information. As the lockdown extends into the annual rabi harvest, the agrarian economy is under duress.

For the police, the lockdown creates tinderbox conditions. Front line officers expect some violations of lockdown rules, but their aim is to prevent even worse outcomes, such as large-scale violence and breakdowns of public order. With respect to capacity, the Indian police have long been starved of personnel and resources. India’s police to population ratio is 193 to 100,000—many times lower than in other countries. Of the total police budget, 80-90 percent goes toward personnel costs. Another 10 percent covers routine maintenance. The funds available for preventative policing, community policing, and citizen outreach are miniscule. Despite these handicaps, Indian police agencies have risen to the challenge of enforcing the lockdown and promoting public health.

Indian media outlets reinforced the law and order paradigm when they referred to the lockdown as a police “curfew.” In the Bhilwara district in Rajasthan, which has gained early praise for controlling the spread of COVID-19, the police enforced a “maha-curfew,” barring the delivery of even vital supplies such as milk and medicines. The logic behind the maha-curfew is to limit discretionary rule-breaking by individuals, which could encourage others to flout lockdown rules, potentially escalating into public disorder and undermining virus containment. To implement the maha-curfew, however, the police in Bhilwara have gone a step beyond the law and order paradigm, coordinating with municipal agencies to plan, stock supplies, and build delivery systems to assist citizens.

The Bhilwara maha-curfew builds on a second police function, namely, janata seva (public service), which orients police officers toward helping citizens stricken by crisis. The service orientation of officers, less visible in media reporting, is a recurring theme in our research. Everyday beat constables have taken charge of food and medicine distribution and police stations are providing vital services. In some districts, police stations have become food hubs, working in concert with civic bodies to combat hunger.

Consider some examples from districts in Madhya Pradesh:

In Indore, police stations have spread awareness about COVID-19 through women’s volunteer groups established under URJA, a program for women’s security (which we studied in collaboration with Gabrielle Kruks-Wisner and Sandip Sukhtankar of the University of Virginia, and with support from J-PAL). Senior officers have organized local volunteers to visit homes of the elderly and provide food grains and medicines. Collaborating with charities, police vehicles carrying soap, water, and food have made rounds to distribute these items to street dwellers.

In Ujjain, district police have worked with authorities at the renowned Mahakal Temple to provide food to slum residents as well as migrants passing through the city. In another measure, the police, Department of Agriculture, and municipal authorities joined hands to create a makeshift kitchen, delivering 15,000 packets of cooked food each day.

In Jabalpur, a constable observed a dire situation when a group of women, carrying their children, approached the police station. The slum in which they lived was under lockdown and residents had gone hungry for days. The constable coordinated with a local NGO to arrange food for them. Thereafter, the NGO scheduled daily food deliveries to this slum community.

Beyond food security, police officers have taken on a new role as public health messengers, and police stations and checkpoints have become sites of India’s public health campaign. District police chiefs have created COVID-19 emergency phone lines to respond rapidly to citizen needs. Outside some stations, banners have been posted to communicate the importance of social distancing and handwashing. Officers have even demonstrated handwashing techniques at traffic stops. Similar efforts have been underway inside the police organization. For example, constables in Gwalior district have produced face masks from cloth for the protection of their colleagues in the field.

Because state governments in India have constitutional authority over police agencies, the nature of police-led initiatives is likely to vary across states. Kerala, widely heralded for its superior performance in primary education and health, reported India’s first COVID-19 case on January 30th. Transmission rates in Kerala now appear to be lower and recovery rates higher than in other places (albeit with limited and uneven testing throughout the country). To spread awareness, the Kerala police disseminated colorful videos on social media about social distancing and handwashing, set against the music of a popular Malayalam film. Whether and how such initiatives by the police advance public health goals is a topic that merits further research.

Understanding Police Behavior and Performance
These examples of social service are not meant to celebrate the police, but to bring to light a core aspect of their work. Situating the law and order and social service functions side by side broadens our understanding of police behavior and performance, especially when it comes to managing complex problems. With regard to the conventional law and order function, there is evidence that the police’s drive to control public spaces can lead some officers to use heavy-handed tactics. In a survey by Tariq Thachil, 33 percent of urban migrants in India reported having experienced violent police actions in the previous year. Videos of officers knocking down food carts and wielding the lathi on migrant laborers returning home have circulated on social media. These tactics are a violation of democratic values and professional norms. But they are more likely to occur when officers perceive no other avenue to preserve order.

By contrast, when police manage elections and religious festivals, our research suggests that police agencies take a citizen-centric approach. Officers plan with precision, concentrating on sensitive voting booths, bringing religious leaders and community groups together to uphold peace. The same goes for religious gatherings, which occur frequently in India’s multi-religious society. Managing crowds, traffic flows, and processions requires coordination with other agencies, as well as support from citizens, many of whom volunteer to assist the police. When the police plan and execute with societal input, they expand the set of tools available for maintaining order.

Building Front Line State Capacity for Crisis Resilience
Gaps still exist in police organizational capacity that require attention from policymakers. First, police training focuses disproportionately on public order, with heavy emphasis on “hard” skills—weapon use, combat skills, parades, crowd control drills, and other physical competencies—all of which are important. Meanwhile, soft skills—mob management, communication and coordination, negotiation, and conflict resolution—are accorded far too little attention. In our longitudinal research on police trainees, we find that the vast majority of new officers ranked the acquisition of hard skills as the highest priority at the start of training. However, their views shifted after gaining field-based job exposure, assigning greater weight to behavioral competencies and soft skills, and citing the practical utility of these skills. Our work suggests a mismatch between the training curriculum and the skills front line officers find useful on the job.

Second, community policing ought to be prioritized and integrated into the police organizational ethos. Training academies reserve little time for community policing, but it is much needed in everyday field situations, and even more so in times of crisis. There are cases of effective community policing practices across Indian states in mitigating communal tensions. But often, these are localized ad hoc initiatives and the rich lessons they offer are not absorbed by the wider organization. Along with dedicated budgets, community policing calls for more pragmatic field-based training, routine monitoring, and support. Civic agencies have expertise and networks that the police may draw upon as well, especially to cover hard-to-reach communities.

Finally, there is a pressing need to integrate police agencies into the state planning process. Doing so would allow policymakers to identify linkages between policing and broader development goals, as well as improve inter-agency coordination. COVID-19 is likely to yield lessons for different divisions of the state. But the institutional chain—curbing virus transmission, protecting health systems, and securing livelihoods—is only as strong as its weakest link. For system-wide capacity and resilience, the police and other state organizations must learn to work in concert, alongside non-state agencies and citizens.

Akshay Mangla is an Associate Professor of International Business at the University of Oxford.

Vineet Kapoor is a member of the Indian Police Service (Madhya Pradesh) and Deputy Director of the Madhya Pradesh Police Academy.