Demonetization: The Politics of Visible Disruption 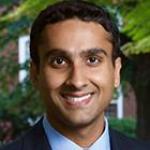 In a televised address to the nation on November 8, 2016, Prime Minister Narendra Modi made a spectacular announcement. At the stroke of midnight, rupee notes in the denomination of ₹500 and ₹1,000, corresponding to an estimated 86 percent of all cash (₹15 trillion) in circulation, would cease to be legal tender. Currency holders were asked to exchange or deposit the demonetized notes in the bank by December 30, 2016.

The professed reason for this disruptive policy was to curb “black money,” wealth acquired through undeclared sources, as well as to combat the proliferation of counterfeit currency tied to criminal and terrorist activities. Following the announcement, distressed citizens queued up at banks for hours on end to obtain replacement currency notes. The short-term liquidity crunch and cascading disruption to the economy has been palpable. The IMF downgraded its growth forecast for India’s GDP during the current fiscal year by 1 percent.

Economists are divided over the merits of the policy, especially on the question of whether a one-time penalty on undeclared cash hoardings is likely to curb the future flow and accumulation of black money. Some believe that demonetization will permanently change the psyche of the tax evader. Others opine that it will lead to more sophisticated forms of tax evasion and black money hoarding, say, in gold and foreign bank accounts. These disagreements will take time to resolve. Here I consider the politics of demonetization, as well as its implications for India’s public institutions. Critics take the government’s poor implementation of demonetization as evidence of an arbitrary, botched operation. This, however, raises an obvious question: why would an elected government carry out such a disruptive policy, one with visible short-term costs to the public and highly uncertain long-term benefits?

One can excavate a political logic to demonetization, even in its poorly-implemented form. Research on clientelism in poor democracies suggests that politicians have a hard time making credible policy commitments to voters. This is largely due to the institutional weaknesses of the state, which causes a breakdown between the enactment of public policy and its implementation. Because voters cannot assign credit (or blame) for the success (or failure) of a policy, politicians have little incentive to establish policy platforms on which to compete. As one consequence, broadly beneficial programs like education and health, which depend critically on the implementation capacity of local agencies, are likely to be underprovided.

The above reasoning does not imply that poor democracies provide no public goods. Within such settings, Anandi Mani and Sharun Mukand argue, politicians deliver public goods based on their visibility. That is, they enact those features of policy for which voters can ascribe credit or blame. Extending these arguments to poor democracies in Africa, David Stasavage (Professor of Politics, NYU) finds that elected governments expand primary schooling by abolishing school fees, a discernible display of effort, for which they can claim credit. Meanwhile, democratically-elected governments have little impact on the implementation and quality of education services, a complex process that is more difficult to monitor. Consequently, politicians reap rewards by expanding access to primary schooling, even while the school system fails to deliver quality education.

Let us extend this logic to Modi’s shock announcement to demonetize 86 percent of currency in circulation. In so doing, he unleashed what may be the clearest case of visible policymaking by a national leader in India’s post-independence history. In one fell swoop, every Indian was forced to reckon with state power. Long lines at banks across the country served to reinforce the image of Leviathan’s presence. If the goal was to convey the government’s seriousness about corruption, then it is hard to imagine a more visible display of effort. The subsequent media blitz branding demonetization an anti-corruption measure further suggests that visibility was an important consideration to the government. Whether or not the policy achieves any of its ostensible economic aims is beside the point. From a political perspective, all that is required is for voters to draw a connection between demonetization and an earnest attempt by the Modi government to fight corruption. State action, however punitive to the public, is a sign of political effort.

To be sure, visible disruption of this kind is a risky political strategy, for if voters can assign credit, they can also assign blame. In a poor electorate, the uneven distributional consequences of demonetization must also be considered. The suffering has been greatest for those whose living depends on the cash-based informal economy, which accounts for an estimated 45 percent of India’s GDP and 80 percent of its workforce. Supply chains in agriculture were dealt a massive blow, hurting farmers at the critical rabi sowing season. A slowdown in construction and allied industries compelled migrant workers to return to their villages. The rural poor were hit particularly hard due to the low penetration of bank accounts and ATM machines outside of urban centers.

Nevertheless, public opinion may turn out in the BJP’s favor. If voters do not expect public institutions to function well in the first instance, they may not blame the Modi government entirely for implementation failures. (Corrupt bank officials may also share some blame). The government, meanwhile, can take full credit for trying to curb black money. If institutional weakness makes demonetization a viable political strategy in the first place, it may also serve to mitigate the downside political risks for the BJP. Whether voters in weak institutional environments assign credit and blame for visible policies in symmetric fashion is an open question. The lack of a coherent response from the Congress Party may also work in the BJP’s favor, as it fails to mobilize a countervailing narrative. Analysts are hard at work to ascertain public opinion on demonetization, especially in light of forthcoming state assembly elections in Uttar Pradesh (UP), India’s most populous state. We have much to learn based on how voters in UP respond to Modi’s political gambit.

What implications do the politics of visible disruption have for the Indian state? Diminished faith in the Reserve Bank of India (RBI) is a first-order concern. Modern monetary systems hinge on trust, especially trust in central banks, whose functions include regulating the money supply and maintaining a stable macroeconomic environment. The secretive and seemingly capricious manner in which old currency was declared illegal and new notes issued has brought the RBI’s independence into question. During the first 50 days, the RBI issued 59 public notifications. Ad hoc changes to the rules for the deposit and withdrawal of money fueled uncertainty. Logistical preparation was sorely missing as well, prolonging delays. The newly minted replacement notes had different physical dimensions than the old ones, requiring ATM machines to be recalibrated before they could dispense money. Worse yet, the RBI had not amassed a sufficient quantity of replacement notes ahead of time. It still lacks the printing capacity to replenish the banking system, inducing a cash shortage that has hampered real economic activity. Public criticism, by former RBI governors and current employees, indicates serious reputational damage. If private investors lower their estimates of RBI credibility, India may lose access to capital, which it needs desperately to grow the economy.

An elite, historically competent institution like the RBI may weather the disruption. Potentially more harmful, in my view, are the ramifications for everyday functions of the state. Take tax collection, for example. Recently released data show that only 1 percent of Indians paid income taxes in 2013. India’s tax to GDP ratio of 16.6 percent is much lower than the 21 percent average for emerging economies and 34 percent for OECD countries. The state’s ability to catch and punish tax evasion is demonstrably weak, a problem that demonetization cannot tackle on its own. Tax collection agencies are in need of painstaking reform, not only in terms of hiring more personnel but in establishing professional norms of conduct. Taxation capacity depends on societal compliance, which turns on the trust that citizens have in public institutions. Modi has himself acknowledged the “trust deficit” between tax agencies and the taxpayer, owing to the culture of “harassment” among tax officials. His government has the opportunity to reform tax agencies in a professional direction. Yet, the very motivation to enact visible, disruptive policy measures runs counter to the complicated, long-term endeavor of state-building. In the end, if demonetization “works” electorally, one must ask whether it comes at the cost of India’s institutions.

Akshay Mangla is an Assistant Professor of Business Administration at Harvard Business School, where he teaches in the Business, Government, and International Economy Unit.