Natural Disasters and Child Marriages: A Case Study from Bihar 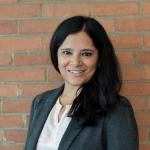 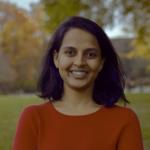 The past few months have been a time of great flux in India. While the economic slowdown and the COVID-19 crisis were the media’s central focus, two seemingly unrelated reports also appeared in this rapidly moving news cycle: a proposal to increase women’s legal age at marriage to 21 and floods in Eastern India. Although child marriage declined from 38.69 percent to 16.1 percent in the decade since the Child Marriage Act (2006) came into being, it is still a persistent phenomenon in Eastern India. Almost 30 percent of child marriages are accounted for by four states in this region (Bihar, Jharkhand, Odisha, and West Bengal). Evidently, legal restrictions on the minimum age at marriage have not effectively prevented young people from entering matrimony in this region. Simultaneously, flood-prone areas are increasingly expanding, and the frequency and magnitude of flash flooding events will likely increase in the coming years.

On August 18, 2008, due to an embankment breach in the Kusaha village of Sunsari district in Nepal, the Kosi River burst into an old path it had abandoned two-hundred years before. As the river shifted 100 km from its older course, parts of Northern Bihar were entirely submerged. About 1,000 villages in Araria, Madhepura, Saharsa, Supaul, and Purnea were severely affected. As many as one million people were temporarily displaced, and an additional two million people were directly affected. The state government responded swiftly, though many households still had to make their own arrangements to move out of the flood-affected areas. Over 440,000 people lived in relief camps for four months before returning to their villages by December 2008. While the associated mortality was minimal (527 lives—0.005 percent of Bihar’s population), Kosi floods caused enormous economic losses. The estimated damage was INR 5,935 million ($134.9 million), which amounts to 0.5 percent of the Gross State Domestic Product in that year. Then-Prime Minister Manmohan Singh called this flooding event a “national calamity.”

What explains this link between the Kosi floods and child marriage rates? In response to such economic shocks, households with young sons may marry their sons early to receive dowry and sustenance through tough times. This response is particularly likely if the family is already poor. Given that men typically marry younger women, more girls also marry at younger ages; male and female age at marriage decreases by ten months and 4.5 months, respectively. Of course, the reduction in age at marriage for men and women need not be equal. Since the decrease in age at marriage for women is lower than that for men, we should expect that the spousal age gap will reduce. While it does diminish, since we can estimate this effect only on the smaller sample where we have data for both men and women, this effect is not precisely estimated. Since the floods’ effect is larger among men, it is likely driven by a response by child grooms’ families.

In support of this explanation, we find that the effect of the Kosi floods was more pronounced among Hindu households, where dowry is predominant, and among landless families, who would have been the most affected. We also show that the floods did not differentially affect school infrastructure and enrollment, confirming that school dropouts did not drive this increase in child marriages. Moreover, we find no evidence of the Kosi floods changing sex-ratios, allowing us to discard an explanation that would rely on demographic changes driving our key results. While migration due to marriage happens within close distances, and typically within the same district, it is still possible that women in Kosi (non-Kosi) districts may be marrying men in bordering non-Kosi (Kosi) districts.

These results suggest that child marriage could be a critical coping mechanism in response to economic losses associated with natural disasters. By this logic, child marriage reduces welfare if parents, who are the decision-makers, do not consider their decision’s long-term consequences; the Kosi floods reduced secondary school completion rate among married men and women. We also document the adverse effects of the floods on women’s economic outcomes, where women were not only less likely to work, but also less likely to have their own money. These patterns supplement the vast literature that shows that early marriage diminishes different aspects of women’s well-being, such as education, health, labor force participation, and their children’s human capital. Therefore, while early marriage, in the face of an economic shock, may seem optimal from parents’ perspectives, it entails high long-term costs for the young couple, especially the bride.

This study highlights the institution of marriage as a channel through which disasters may have a long-lasting impact on women. Thinking about policy responses that will decouple child marriage and natural disasters becomes especially critical today when Eastern India is experiencing more frequent flooding events. In addition, the loss of livelihood during the COVID-19 pandemic will push many young people into early marriage, especially in already poor households; reports already suggest child marriage incidence has increased in the past few months. From a policy perspective, it is critical to recognize that if disaster insurance or low-cost credit is readily available, the affected households will have ways—other than the dowry tradition—to plan recoveries after experiencing an economic shock, thereby weakening the link between natural disasters and child marriage.

Madhulika Khanna and Nishtha Kochhar are Ph.D. candidates in the Department of Economics at Georgetown University.