Center and States Need to Coordinate, Not Compete 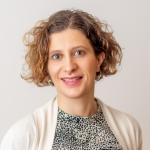 Federalism, with its multiple levels of government and complex distributions of power, is sometimes seen as inherently ill-suited to decision-making during crises. Financial crises, world wars, and pandemics have all been used to proclaim the obsolescence of federalism. Such crises generate coordination problems that were not anticipated in many constitutional schemas and can legitimize the use of emergency powers that trample over pre-existing distributions of power. As Harold Laski wrote of the U.S. in the 1930s, “the epoch of federalism is over…only a centralized system can effectively confront the problems of a new time.” Or as Rozell and Wilcox recently stated, “controlling contagion requires a great deal of national coordination and intergovernmental cooperation.”

Viewed through the lens of Center-State relations, the COVID-19 pandemic in India has been a play in two acts. Both acts—in their centralizing and decentralizing tendencies—have exposed crucial weaknesses in the infrastructure of Center-State relations that lie at the heart of India’s governance challenges. The pendulum has swung from a critique of an excess of unilateral central action to one of an absent Center. But what both these critiques risk missing is that beyond a debate about the level of centralization or decentralization in decision-making, it is the absence of effective Center-State coordination that has been the crucial issue in both stages of the pandemic.

First Wave Centralism
That India’s initial response to the arrival of the COVID-19 pandemic would be highly centralized was, to an extent, over-determined. Following the 2019 elections, the Narendra Modi-led BJP intensified its centralized “one-nation” approach to federalism as it sought to consolidate its political dominance.

In contrast to fellow nationalist populist leaders in the early months of the pandemic in other large federal countries such as Brazil and the United States, Modi imposed one of the world’s strictest lockdowns overnight. He sought to claim credit for the Center’s swift and decisive action against the coronavirus rather than leaving the onus for action on State governments. He traded on his ability to maintain an emotional connection with voters, despite the hardships imposed by the lockdown, just as he had done with demonetization four years before.

India’s heavily centralized response was criticized by many for imposing a one-size-fits-all approach in a context of high variation in both COVID-19 incidence rates and health system capacity across States. Furthermore, the ability of the Center and States to respond to the social and economic ramifications of a strict lockdown, especially for India’s vast informal sector workforce, was severely tested.

Under the previous UPA government, States had been able to craft distinctive subnational welfare regimes. But pre-COVID trends of centralization had weakened the fiscal and policy autonomy of States. Collaborative research as part of a project entitled Decovindia: Decentralisation and COVID-19 in India sought to categorize the variation in the social security measures adopted by State governments. In spite of rafts of policy announcements and press statements about emergency support for different segments of the population, the extent to which these added up to substantial additional support at the State level greatly varied. State governments wanted to proclaim they were acting decisively but in many cases, their capacity to do so was limited. Yet, adaptability to local contexts was crucial to effectively and rapidly target support in line with public health strategies (as illustrated in the case of Kerala, as Prerna Singh showed).

Equally important, the sudden and mass movement of migrant workers across state boundaries following the national lockdown revealed the absence of an effective inter-governmental architecture for vertical or horizontal coordination of social security for mobile informal workers in India’s federal system.

Second Wave: States to the Fore
India’s severe second wave of COVID-19, in contrast to the first, has seen a marked shift in the Center’s response, characterized by central inaction and decentralization of key areas of pandemic response such as vaccine procurement and distribution. In the second wave, the Center’s response looks more like that of Brazil or the United States in their first waves.

In this second wave, there has been no national lockdown, but instead a series of localized lockdowns or curfews. The Center has been accused of being “missing in action.” It was slow to curtail mass gatherings as evidence of a second wave took shape. It effectively ceded oversight of the inter-state distribution of critical oxygen supplies to the courts and to citizen activists mobilized via social media. Coming under fire from many State governments for vaccine shortages, the Center decentralized responsibility for vaccine procurement and distribution for under 45 year-olds to the States. The second wave has also seen the Center shifting blame for mismanagement to the States and the intensification of Center-State conflict in what was already a hyper-partisan context for inter-governmental relations.

Having suddenly decentralized vaccine procurement and distribution, the BJP—in power at the Center—even went as far as to pledge to provide free vaccines if it defeated the incumbent Trinamool Congress government in the West Bengal State elections in late April. In other words, the BJP signaled that Center-State partisan alignment—or what the party dubs “double engine governance”—would be essential to ensure access to vaccines for all citizens of the state. 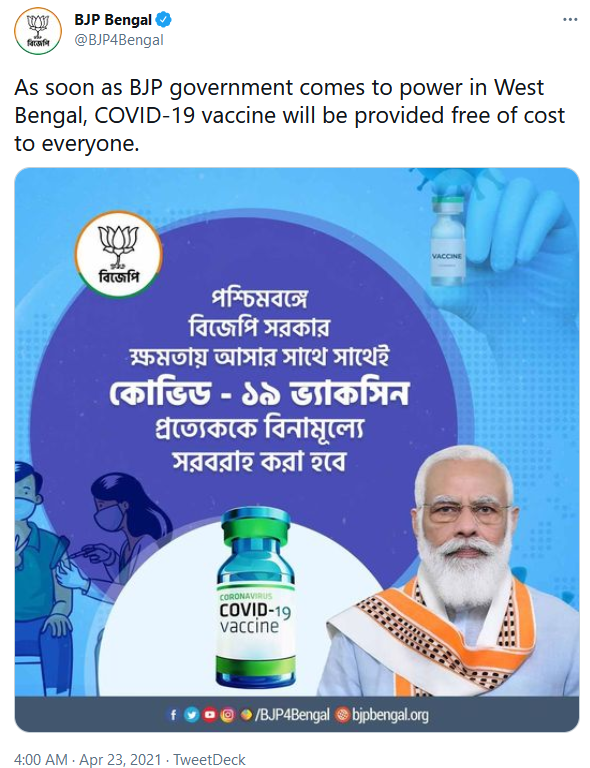 The decision to decentralize vaccine procurement and liberalize vaccine sales, as well as the failure to construct an infrastructure for coordinating the production and movement of oxygen supplies across States, risked leaving States in a free-for-all in which the Center was not umpire but another player.

According to Hegele and Schnabel, the problem with unilateral responses of either kind (centralized or decentralized) is that they are likely to generate “duplication, contradictions, and friction.” India arguably needs more Center-State coordination within a national policy framework with room for localized innovation and adaptation, rather than unilateral centralization or decentralization.

Coordination would, at a minimum, involve communication, information sharing, and discussion between the Center and States, and/or between States. This could take place via formal inter-governmental institutions such as India’s moribund Inter-State Council, Niti Aayog (which was intended to advance “cooperative federalism” after the dismantling of the Planning Commission), or through more informal mechanisms.

In an ideal scenario, coordination would involve the Center leading decision-making and resource allocation in a way that is informed by bottom-up information flows on matters that require central oversight to avoid collective action problems. This would include, for instance, ensuring social security reaches migrant workers, distribution of critical oxygen supplies across states, and centralized vaccine procurement. At the same time, the States need space to tailor decision-making and policy responses to local contexts, for instance, in the design and functioning of welfare programs. Ironically perhaps, India’s constitutional architects aimed precisely to enable such a model of coordination within a centralized model of federalism—unlike many older federations.

Indian federalism was designed to enable the central government to coordinate policy in areas of social and economic life in which leaving the initiative with State governments alone would risk generating a damaging “race to the bottom.” Tackling the second COVID-19 wave and building resilience to face future spikes will require a rediscovery of this constitutional spirit.

Louise Tillin is a Reader in Politics and Director of King’s India Institute, King’s College London.