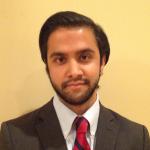 Violence between Sunni and Shia Muslims in India has persisted for just over a century. Yet, the phenomenon has received far too little attention by political scientists, journalists, and Indian policymakers, who have almost exclusively focused on Hindu-Muslim violence. Continued neglect and delay in devising creative interventions aimed at reducing sectarian conflict could jeopardize the social cohesion of India, which will have more Muslims than any other country by the 2020s. History is instructive: sectarian riots have disrupted economic life in Indian cities and strained limited law and order resources.

The road to understanding ­– and ultimately reducing – sectarian conflict begins in Lucknow, Uttar Pradesh (U.P.)’s capital and home to more Sunni-Shia violence than any other Indian city in the past century. While macro-level causes of violence are difficult to change in the near-term, one promising approach to reduce sectarian violence involves Muslim clerics organizing programs for Muslim youth that involve theological persuasion, extended contact, or perspective taking.

Case Selection
Lucknow deserves special attention in the context of sectarian violence. First, Sunni and Shia alike hold Lucknow in special regard among Indian cities for its historical, cultural, and political significance to Muslim life. The Shia hold deep claims to Lucknow. Shia kings (the shah nawabs) ruled the fabled Kingdom of Awadh from 1722 to 1856. Many Indian Sunnis revere Lucknow as a leading source of Islamic legal interpretation and education, as it hosts Nadwatul Ulema, one of the world’s most famous Islamic seminaries, and Farangi Mahal, whose scholars crafted a standard Sunni madrassa curriculum used across the Islamic world. Second, sectarian violence in Lucknow deserves a spotlight because it has significant political implications. Muslims account for about thirty percent of voters and their vote is vulnerable to polarization; 60 percent of Lucknavi Muslims are Sunni and 40 percent are Shia. Finally, sectarian violence in Lucknow is also notable because the stability of Lucknow is crucial for the stability of Uttar Pradesh, home to 180 million Indians and already set back by Hindu-Muslim violence.

Causes of Violence
Lucknow’s Sunni-Shia violence is a relatively recent phenomenon. The first riot took place in 1905. Violence there has tended to occur during Islamic holy days, particularly Muharram, the first month of the Islamic calendar, when sectarian identities are particularly salient. Muharram is the period when Husayn, the Prophet Muhammad’s favorite grandson, was killed by the army of the Sunni caliph Yazid at the battle of Karbala, Iraq in 680 C.E. For the Shia, in particular, acts like chest-beating and self-immolation are sacred rituals to mourn Husayn. Shia Muharram rituals also mourn the assassination of Husayn’s father, Ali, the fourth caliph. The Shia reject the legitimacy of the first three caliphs, arguing that Ali was the Prophet’s hand-picked successor. The risk of exploiting sectarian differences is thus high.

Two approaches from social science offer insights on the onset and persistence of Lucknow’s sectarian violence. First, some political scientists argue that polities ruled by an ethnic minority group experience a heightened risk of intergroup violence because the ethnic majority believes its exclusion is unjustified by the numbers. Ethnic minority rule weakly correlates with civil war. By this logic, Lucknow may have been at a higher risk of sectarian violence because the Sunni majority group was largely excluded from political and economic power under two centuries of minority Shia rule. Income increases within a previously marginalized group can motivate riots. This is instructive, as historians have documented a rise in average Sunni incomes and stagnation or decline in average Shia incomes after the British ousted Lucknow’s last Shia king in 1856.

Second, social scientists argue that ethnic violence can be caused by so-called “ethnic entrepreneurs” or elites who try to win support from co-ethnics by strategically exaggerating identity differences and reframing the outgroup as a threat. Historical evidence suggests that religious entrepreneurs in Lucknow and its environs are responsible for violence. Following the birth of the Sunni Deobandi and Barelvi, revivalist movements in the late nineteenth century, many Sunni clerics began to propagate conservative Islamic doctrine and spread theological refutations of Shia belief and mourning rituals. Certain Shia clerics, too, sought to build influence by persuading followers that Shia religious values were under threat from Sunnis in India and beyond. Religious entrepreneurship continues to this day, with some Lucknavi maulanas and politicians exploiting fears and stereotypes to polarize the electorate and cull Shia or Sunni votes.

Interventions
Major policy reforms, such as greater public investment in Lucknow’s Muslim communities, may reduce economic grievances that fuel sectarian conflict. Yet such reforms are unlikely in the short term and may not change the norms and values that sustain prejudice and justify violence. For those reasons, local NGOs and pro-tolerance Sunni and Shia clerics in Lucknow should take charge by starting programs for their youth aimed at reducing prejudice and support for violence. These programs would aim to undermine the effectiveness of sectarian appeals by ethnic entrepreneurs.

Interventions should be guided by psychology research. Although there is a dearth of experimental evidence on prejudice-reduction in violent conflict settings, three approaches from social psychology seem particularly promising.

One approach is to reduce prejudice by making individuals aware that their prejudice is inconsistent with their values. Based on cognitive dissonance theory and value self-confrontation approaches, the intervention may involve imams explaining to youth from their sect that their prejudice goes against their own religious values. Experimental evidence from the United States found that value self-confrontation can reduce racial, gender, and environmental prejudice attitudes and behavior for an extended period.

A second approach involves the extended contact hypothesis, which is supported by lab and field experiments in the United States and conflict settings. Rather than Sunni and Shia youth directly engaging one another, this approach recommends separate groups for each sect. Individuals learn positive information about the outgroup via ingroup members who have strong friendships with outgroup members. Positive impressions of particular outgroup members may generalize to less prejudice toward the entire outgroup. Here, behavior change is caused either by changing evaluations about outgroup attributes or changing the perception that outgroup prejudice is socially desirable.

A final intervention operates by inducing empathy for the outgroup, a procedure supported by several lab experiments in the United States. NGOs could run such an intervention by having participants from each sect engage in perspective-taking, a standard activity found to reduce prejudice and increase helping behavior. Each participant would privately write one page from the perspective of an outgroup member on what it would feel like to experience discrimination from a member of the participant’s religious group.

Taking the High Road
Of these approaches, persuasion is the most logistically daunting in its demand for partnership by pro-tolerance clerics, but also the only approach that directly addresses possible theological drivers of violence. Extended contact approaches are more logistically feasible, as they do not require the partnership of religious institutions, but do need pro-tolerance youth willing to promote their perspectives to ingroup members. Perspective-taking, arguably the most feasible option, is also most dependent on active effort by participants and may do too little to help a participant overcome social pressure that supports prejudice.

Lucknow’s Muslim community leaders have several incentives to arrange such inexpensive interventions. Sunni and Shia imams who make concerted attempts to overcome sectarian divides will earn widespread from the city’s many Muslims who are disaffected by clerics motivated by political or financial gain. Lucknow’s informal business and civic associations can be publicly supportive, explaining that lower sectarian conflict can economically benefit the city’s Muslims by attracting public and private investment. With sustained leadership, peace can be profitable for all.

Kunaal Sharma is a doctoral candidate in the Department of Political Science at Columbia University.