"It's a Boy! Women and Non-Monetary Benefits from a Son in India," Laura Zimmermann. University of Michigan. April 2012 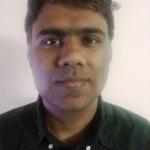 Despite profoundly negative health consequences of indoor air pollution, about half of the households in the world cook using solid biomass fuels. The situation is much worse in India where 83 percent of rural households and nearly 20 percent of urban households still use firewood or animal dung as the primary source of energy for cooking. Burning these unprocessed biomass fuels in traditional open fire burners, or “chulhas,” results in an estimated half a million premature deaths and nearly half a billion illnesses each year. According to the recent Global Burden of Disease Study 2010, indoor air pollution (IAP) from burning solid fuels is India’s biggest health hazard, as it causes more deaths and diseases than any other single factor. Women and children suffer disproportionately from spending more time indoors and doing essentially all of the cooking.

A switch to cleaner cooking fuels such as kerosene, liquid petroleum gas (LPG), or biogas would save many lives and reduce suffering from indoor air pollution. However, this transition has been painfully slow in India. The national sample survey (NSS) data shows that the total population exposed to indoor air pollution from dirty cooking fuels has increased over last two decades, even as the percentage of households using these fuels as decreased marginally.

Why is the transition to the healthier cooking options so slow in India? Certainly high levels of poverty, rising prices of cleaner fuels (in spite of rising subsidy), limited access to them in rural areas, and the low opportunity cost of time it takes to collect wood and animal dung are important factors. Discrimination against females in Indian households is also an important reason. Women have limited decision-making powers, and do most of the cooking and bear most of the attendant discomforts and health hazards along with their little children. The transition to cleaner cooking fuels would be faster in India if women had equal say in decisions affecting their health and well-being.

This hypothesis was tested using data from two comprehensive surveys on health and well-being of Indian families – the national family health survey (NFHS) and the district level health survey (DLHS) – and found that households in which women have or share final say over more decisions are more likely to use clean cooking fuel. Furthermore, women in urban India whose first child is a son are more likely to use clean cooking fuel than women with a daughter as the first child. This link between the sex of the child and clean fuel use is not just a coincidental correlation; it is causal.

Why might the sex of the child in Indian households matter in the decision to use or not use clean cooking fuel? First, it is well documented that having a son increases a woman’s status in cultures with strong son preference. Laura Zimmermann, a doctoral student at the University of Michigan, states that Indian women experience an increase in intra-household decision-making status after having a boy rather than a girl; an occurrence also common in China. If a woman’s status in the family increases after bearing a son, she may use her increased power to shift to clean cooking fuel in order to improve her health and living conditions.

Second, IAP also affects children’s health. If a son is born, households may elect to invest in his health by eliminating unsafe smoke from biomass fuel, though a similar decision may not be made if a daughter is born, as her health may be considered less of a concern for the family. In much of India, adult women live with their husbands’ families, so that households gain more of the benefits of investing in the early-life health of sons.

These findings are further evidence of inequality along gender lines in Indian households and its negative consequences for the health and well-being of women and children.

Besides this research, more evidence has become available on the connection between women’s status or empowerment, and the choice of cooking fuels. For example, Esther Duflo and her co-authors found that in rural Orissa, “households in which women may be more empowered – by virtue of being members of a savings group – are 2 to 3 percent more likely to use a clean stove.” Similarly, an experiment in neighboring Bangladesh showed that women are more likely than men to adopt improved stoves when stoves are free, but less likely when there is a charge, suggesting that women, more so than men, want cleaner stoves, but do not control the money needed to purchase them.

If women’s status is indeed part of the explanation regarding the slow adoption of cleaner fuels, it illustrates an important constraint on improving children’s health in India and throughout South Asia where women have most of the responsibility for child care, and a low status within their families. A byproduct of women’s inability to cause households to switch to clean fuel is that children – while in utero or spending time with their mothers – are often exposed to dangerous levels of indoor air pollution. This may be one of the reasons behind the exceptionally poor child health indicators in India and throughout the South Asian region.

Generous subsidies on kerosene and LPG are the main policy instrument that the Government of India uses to encourage the adoption and use of clean cooking fuels. At the present time, domestic consumers pay less than one-third of the actual cost of kerosene and about half of the total cost of LPG. The subsidies may be more effective in encouraging the transition away from biomass fuels if the money goes into the hands of the women of the households; the cash should be transferred to accounts held by the women for better welfare outcomes. Policymakers should keep this in mind when shifting to the proposed direct benefit transfer (DBT) system for cooking fuels and other welfare schemes.

Avinash Kishore is a Postdoctoral Fellow at the International Food Policy Research Institute (IFPRI). He is interested in environment, development, and agriculture economics and health and nutrition. He can be reached at avinash.kishore@gmail.com.