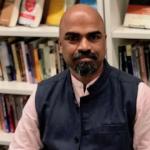 It has been more than six months since the Samyukta Kisan Morcha (SKM)—the umbrella organization representing protesting Indian farmers—ended its 15-month-long agitation at Delhi’s borders against the three farm laws. Some of their demands were met, while their demand for a Minimum Support Prices (MSP) guarantee remains unfulfilled. These developments do little to address the longstanding economic problems of agriculture in India. The farm sector needs reform to raise productivity, enhance farmers’ income, build market infrastructure, and address declining soil fertility. If Indian policymakers do not address these issues, the simmering socio-economic contradictions in rural India will reach a boiling point, as it did when landed peasant castes marched in the streets demanding reservations a few years ago.

Rural India has transformed over the last few decades, bringing about new challenges that go beyond agriculture and include non-farm economic activities. Even an MSP guarantee will likely do little to make things better in the long run. Price supports can only go so far; the fundamental problem is the large and widening disparity of productivity between agriculture and the non-farm economy. Indian agriculture is highly unproductive, not only relative to the rest of the economy in India, but also compared to other countries. Unless policies crafted to increase productivity simultaneously diversify the workforce to accelerate the structural transformation of the Indian economy, farmers’ conditions will continue to be dire.

Farming is Harder Today
The latest data from the NSO reveals that the income of an average agri-household in India was only Rs. 10,218 per month between 2018-19, which is much lower than the notified minimum wage in rural India if the average household size is controlled for. 54 percent of rural households are declared agricultural, of which, 40 percent of their income comes from wages—an increase of eight percentage points since 2013. If we include implicit costs, the wage component goes up as high as 49 percent of the average income of farm households. The share of income that originates from cultivation alone has declined from 48 percent in 2013 to 38 percent in 2019. In other words, on average, farm households depend more on wage income than on crop production. To make matters worse, data from the All India Debt and Investment Survey, 2019 also shows that 35 percent of rural Indian households are in debt, with about 44 percent accessing non-institutional (informal) sources of credit that charge exorbitant interest rates as high as 25 percent. These deep inadequacies of rural institutions and stagnancy in agriculture have contributed to rising rural-urban disparities. Agriculture could maintain parity with the other two sectors (industry and service) either by increasing its total factor productivity or increasing output for given inputs and/or labor productivity. It has failed on both accounts.

The widening of the gap between agricultural and non-agricultural sector incomes, particularly since the late 1990s, and the inability of the industry to absorb “surplus” labor from agriculture, have worsened the disparity. Outside agriculture, the post-1990 growth spurt has been service-led. Today, the link between the farm sector and industry is tenuous. If the decline in profitability and productivity within agriculture has contributed to such raising disparities, the opportunities in the non-farm services sector have made farming even less attractive.

Being Urban is Privileged
Since the 1990s, India’s economic growth has been marked by an urban bias. The rural–urban disparity, as measured by the ratio of urban-to-rural expenditure, has gone up from 1.63 in 1993-94 to 2.42 in 2017-18. The decline of India’s agriculture and rise of the urban-centric service-led economic growth has led to the widening of rural-urban disparities. For instance, in 1993-94, the ratio of urban-to-rural expenditure was 1.63, which widened to 1.92 in 2004-05. The gap stabilized to 1.84 in 2011-12. While we do not have disaggregated data for the period after 2011-12, it is unlikely that this trend would have been reversed since 2012 given policy shocks such as demonetization, stymying of MGNREGA, deceleration in real wages, and the collapse in international farm prices. Instead, the recently leaked data of the 75th round of NSSO for 2017-18 pegs the ratio at 2.42. This means that, today, an average urban-dweller can consume almost 2.5 times more than an average person in a village.

Corporations vs. Public Policy
Indian policymakers are attempting to industrialize (i.e., corporatize) the Indian agricultural sector by following the same trajectory as the US farm sector in the twentieth century. However, the conditions that facilitated agricultural industrialization in the US—larger farm sizes, the concentration of production in large firms, increased market penetration of inputs and services, and vertical integration of agricultural markets with the non-farm sector—do not exist in India. Moreover, India cannot provide an equivalent amount of state support given its fiscal capacity, nor can it reallocate its labor from agriculture to manufacturing the way the US did. Furthermore, India does not have the resources or skills to adopt large-scale mechanization like in the US farm sector as a substitute for labor shortages. In fact, India suffers from surplus labor in its farm sector. In short, attempting to replicate such a pathway will not help India’s case.

More comparable cases, however, may be found in the experiences of peasants in the Global South or in “transitional” economies. India is marked by small-scale farms, abundant labor in rural areas, persisting gaps in productivity between the farm and non-farm sectors, and widening disparities between the rural and urban realms. China, by comparison, increased its agricultural productivity while simultaneously enabling its peasants to transition to the non-farm sector by increasing social spending on education and health, as well as by investing in physical infrastructure. It has effectively reduced its agricultural workforce.

While farm size has been declining in the country, the average holding size in India is 1.2 hectares (3 acres) as compared to 0.6 hectares (1.5 acres) in China; however, agricultural productivity continues to remain lower than in China. A comparison of yields for important food crop categories across India and China for 1961 and 2019 show that China has consistently improved its agricultural productivity over India. While the yield per hectare for rice in India is 40,577 (hg/ha) as opposed to 70,601 in China, the yield for wheat is 35,334 (hg/ha) for India as opposed to 56,298 in China. These differences in productivity are not the result of agroclimatic conditions, since both countries share similar conditions. China’s increased productivity is a function of the methods and technologies used in farming and other policy factors. For instance, China’s water efficiency (the percentage of water applied and taken up by crops) is 53 percent as opposed to 30 percent in India. According to Agriculture Science and Technology Indicators (ASTI), India’s spending on agricultural research is 0.30 of farm GDP, half of what China (0.61 percent) spends. On both accounts—increasing agricultural productivity and diversifying its workforce—India lags behind China.

Economist C. Peter Timmer argues that a successful agrarian transition is one that results in higher productivity in both the farm and non-farm sectors, ensures food security for its urban population, and offers farm-surplus capital for investment in industries. He also adds other conditions for such a transformation: a concomitant industrial policy that takes into account the structural relationship between agriculture-industry that also provides urban infrastructure and social sector support, particularly investments in education and health. By contrast, the share of agricultural output decreased in India’s GDP; it could neither sustain its level of investment in the farm sector nor could it adequately develop its public health and education infrastructure. In addition, public investment in irrigation, research, and education has been declining since the 1990s. Most research and development initiatives in agriculture have either become redundant or lack basic infrastructure.

It is not surprising then that we witness another mode of rural unrest. The series of agitations by castes that have higher stakes in agriculture includes the Jats in Haryana and Punjab, Marathas in Maharashtra, and Patels in Gujarat. They demand, among other things, reservation for their castes in higher education and jobs in the modern formal sector that continue to be the domain of upper castes who enjoyed a more long‐term presence in the urban. Like these groups, many involved in agriculture haven’t been provided adequate opportunities to acquire the skills to participate in the modern service-led economy. This, along with poor relative returns in agriculture, is frustrating. The future of farming seems bleak and the modern world of work seems out of reach. Evidence from the Global South suggests that better agrarian transition takes place through human capital formation: health and education, along with increased farm productivity. Hence, the demand for equitable access to quality education and health care should complement the agriculture reform in India.

Kalaiyarasan A. is a non-resident fellow at the Center for Contemporary South Asia, Brown University and an Assistant Professor at the Madras Institute of Development Studies (MIDS), India.