"Philanthropy in its Infancy in India," Emily Jansons. The Hindu: Business Line. December 19, 2012

"What Are You Doing When You Feel Most Beautiful?" Jacqueline Novogratz. Huffington Post. November 15, 2012

From Gaining to Giving Wealth: The Responsibility of India’s Wealthy 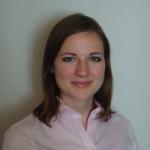 India, home to four percent of the world’s billionaires, and with approximately four hundred million people living below the poverty line, has both the need and the resources for private philanthropic actors to make a dramatic contribution to its socio-economic development. Two decades of economic liberalization, which has pulled the country into middle income status and opened the doors to growing domestic inequality, has resulted in more pressure on both national politics and domestic sources of redistribution. The notion that India has enough money for its own development is no longer so controversial, but rather, questions are now emerging around what can spur Indian high-net-worth-individuals (HNWIs) to spend less on their own lavish lifestyles and more on social development, what their giving looks like, and what gets left out.

In 2011, Indian philanthropic donations were estimated at around $5-6 billion, or between 0.3 and 0.4 percent of gross domestic product (GDP), up from 0.2 percent in 2006. Some Indians justify their track-record of limited philanthropy by pointing to the U.S.’s head start in terms of its long history of capitalism and institutional giving. However, this excuse will not be tolerated for long, as Indian philanthropists have at their disposal the resources to fast-track formal giving.  Motivation is another question.

While normally “philanthropy is an intensely personal decision, driven by passion rather than push,” according to Anand Mahindra, Indian business leaders are feeling various pressures. The government is exerting pressure to be socially responsible in the form of legislation such as the Companies Bill 2011, which proposes the mandate of private companies of a certain size to give 2 percent of post-tax profits to CSR. Given that the majority of Indian businesses are family-controlled, there is a close connection – if not complete blurring – of personal philanthropy and corporate CSR.

There is also public pressure from an increasingly educated population aware of the growing gap in wealth and aspirations, and a threat of social unrest fueled by inequality. As one billionaire quipped, “With so much poverty, how long will people keep quiet? I wouldn’t keep quiet if I were them; I would resent it like mad.” Part-guilt, part-smart thinking, part-risk management; for Indians heading family businesses, philanthropy simply makes good business sense, whether it’s through corporate or personal channels. In a more positive trend, Indians are also increasingly organizing themselves in philanthropic forums and giving circles, which puts pressure on other HNWIs to step up.

Most Indians engage in informal charity in one form or another, but once their business and wealth reaches a (personally-judged) threshold, they feel the need to organize their activities in a more structured and effective manner. This often leads to the establishment of a foundation. A combination of factors, including mistrust of NGOs, self-confidence and desire for control (not in the least borrowed from Indian business practices), results in a preference for operational or mixed model foundations rather than purely grant-making institutions. This does not leave a lot of arms-length even in cases when foundations do partner with local NGOs.

India is a large country, which requires large-scale solutions. Yet the proliferation of operational foundations (as well as NGOs) is resulting in some negative consequences, such as spreading resources thin, particularly qualified development professionals, of which there is a shortage of in India. Numerous operational foundations are based on pilot-project models, with the intention that the Indian government replicates and scales-up their model. This approach may, ironically, take longer to achieve scale and impact than if support had been lent to an already well-established foundation.

What do these foundations focus their efforts on? Acumen Fund founder and CEO Jacqueline Novogratz recently blogged on India that “I so rarely meet anyone wanting a hand-out. Instead, [they] want the chance to change their own lives, to make their own decisions.” Have Indian philanthropists listened? The rhetoric of inclusive growth and strategic giving is there, but in practice, many philanthropists retract to education, health, and livelihoods with the hope that these will translate into equal rights across gender, religion, and caste. That may be the case, but it will take a long time. What is rarely seen is a more direct – and indeed, more controversial and politicized – rights-based approach. Additional areas left wanting include those with a long-term focus, without clear government commitment, or associated with a social taboo, including disability, mental health, sex education, sexual abuse, traditional arts and crafts, environment and natural resource management, legal aid, and consumer rights.

Most donors follow their own personal passions and experiences, and their research is limited to basic surveys to decide on the details of how to implement their pre-determined objective.  If research was undertaken before philanthropic objectives were formed to find the areas of greatest need, it would also become clear that there is a shortage of support for think-tanks, research institutes, and philanthropic infrastructure in India. The tendency for foundations to do exceptional work but have no documentation to show for it reflects a research skill-set that is lacking in the Indian education system.

Perhaps it is not surprising that in a country where many individuals can only think about day-to-day survival, most money goes into direct service-delivery. For many Indian philanthropists, drawing from their entrepreneur-background, and especially if their foundation is corporate or otherwise linked with their business, there is strong preference for tangible, measurable outputs in the short-to-medium term. For those who primarily seek an emotional return or joy from their giving, dispersed benefits and long-term philanthropy is both braver and less satisfying. Furthermore, where some of the greatest changes need to be made, at the systemic level, business philanthropists are uninterested. After all, to challenge the system that made you rich requires a high level of idealism.

Philanthropy on its own cannot – and will not – resolve all of India’s problems, but there remains good reason for optimism. The entrepreneurial background of many of the HNWIs is invaluable. Their foundations are peppered with business terminology around professionalism, accountability and strategy, and energy injected into the formal Indian philanthropic sector. Younger generation individuals and newer companies – with perhaps less familial expectations of inheritance – also tend to be the most innovative in philanthropy. Unfortunately, still too often this is innovation within classic sectors, such as yet another model for education, rather than movement into more controversial areas and based on sound research. Philanthropy would also benefit from a higher degree of collaboration and communication. What the Indian philanthropic sector needs is not more dramatic gestures and new foundations, but a more developed infrastructure to absorb the rising quantity of funding from corporates and individuals, and channel it toward effective use. Otherwise, even as greater sums of money flow into philanthropy, it won’t be enough to bring truly transformative change to India.

Emily Jansons is a Research Award Recipient at the International Development Research Centre (IDRC) in Ottawa, Canada, and her work on the Indian philanthropy sector is based on recent field research in Delhi, Mumbai and Bangalore. She can be reached at ejansons@idrc.ca