"Getting a Fix on Wealth Inequality," Hema Swaminathan. The Hindu: Business Line. June 16, 2015 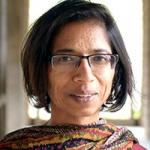 Discussions of wealth inequality are now in vogue following the global financial crash of 2007 and Thomas Piketty’s best-selling Capital. This is a welcome departure from the exclusive focus on poverty using calculations based on consumption surveys. Wealth is crucial for consumption smoothing and acts as a buffer to draw upon during times of distress. In many ways, wealth is more aligned with the concept of wellbeing than income or consumption. Wealth is also recognized for its role in creating opportunities for future generations.

Typically, one considers the Gini coefficient or the wealth shares of the top deciles in trying to understand the extent of inequality. Based on the All India Debt and Investment Survey (2002-03), Jayadev, Motiram, and Vakulabharanam report a Gini of 0.65 for per capita assets and 0.66 for per capita net worth. Using more recent data, the Credit Suisse’s Global Wealth Report finds that for India, the richest 10 percent account for almost three-fourths (74 percent) of total wealth.

Ironically, even as there is a broad theoretical consensus that wellbeing is vested in individuals, data is usually collected at the household level. Thus, in order to arrive at individual measures, a per capita approach is adopted wherein the total household wealth is divided equally among its members. Despite certain advantages, this approach suffers from two key limitations.

First, the per capita method underestimates inequality by treating the household as a unified structure where all members are equal with respect to asset holdings. This is, at best, a questionable assumption. For example, individual level asset ownership data from the Karnataka Household Asset Survey (KHAS, 2010-11), shows that for rural Karnataka, the Gini for wealth (based on gross physical worth) using the per capita approach is 0.66 but substantially higher at 0.90 using individual level wealth information.

A second limitation is that household level data collection does not allow for any analysis of wealth inequality within the household. KHAS data shows that such intrahousehold inequality is pervasive and significant; a third of all wealth inequality between married men and women in Karnataka comes from inequality within households (specifically distribution of wealth between husband and wife). Such a finding is not unexpected given that gender is a dominant axis within household inequality as women are less likely to own key assets (land, house, real estate) that drive wealth.

Women’s wealth share being low is an important consideration for gender equity as well as for its impact on individual, household, and community wellbeing. Research on intrahousehold research allocation provides incontrovertible evidence that assets in the hands of women enhance their own welfare (reduced experience of intimate partner violence), with further implications for intergenerational and broader social outcomes (improved human capital for children). This is usually linked to the influence of assets on women’s agency and sense of status with consequences for altering the power relations within the household. Thus, while it is true that some assets like a house are public goods that are accessed and enjoyed by non-owners as well, ownership enables economic empowerment that affects other dimensions of a person’s life. Women, for example, may be reluctant to walk out of abusive relationships because they have very few assets to call their own.

Surveys typically ask if the household owns land or the place of residence. The additional step of obtaining information on which household member owns the asset is rarely taken. There are several impediments to the collection of such information. Household wealth surveys are typically long, and inserting additional questions come with costs, coupled with the fear of undermining data quality by increasing refusal rate and non-sampling errors. To address these issues, one can draw lessons from several data collection experiments both in India and other developing countries.

The Gender Asset Gap Project (GAGP) collected individual-level asset data from Ecuador, Ghana, and Karnataka, India in 2010-11. In these surveys, up to two respondents in each household were interviewed. The GAGP project identified a core set of questions that could be included in routine household surveys to calculate individual level asset ownership. Another major effort is being undertaken by the United Nations Statistical Division (UNSD). UNSD is currently working with nine countries under the Evidence and Data for the Gender Equality (EDGE) program to pilot the collection of individual-level asset data. Based on lessons learned from the GAGP, the EDGE program is also collecting information from at least two household members and in several subsamples from three members to test if there is a marginal gain in information from interviewing a third person.

The more serious impediment, however, is the assumption by a majority of scholars and policy makers that ownership is usually vested in the head, with other members, particularly women not owning assets. In fact, agencies responsible for data collection often assert that household members cannot identify individual owners of assets as it is an alien concept to them, or even if they can, they will not do so (presumably to maintain family peace or out of deference to the head of the household). But this has been disproved by the KHAS experience where households willingly identified asset owners.

High levels of wealth inequality between couples should not be a surprise if we ponder the question of how assets are acquired; usually through the market, state (government programs), or through inheritance or gifts. Women are disadvantaged in all these aspects. They are usually homemakers, responsible for childcare, elderly care, and home maintenance. They do not have adequate independent earnings that will enable asset accumulation. We are uniquely placed among other developing countries with a female labor force participation rate of only 33 percent (2012) compared to 50 percent globally.

Laws governing property ownership within marriage are also crucial to understanding the wealth gap between husbands and wives. India follows a separation of property marital law, which means that assets acquired within marriage remain individual property instead of becoming legally joint property of the couple. This is different from countries in South America (and the state of Goa in India) where assets acquired after marriage by either spouse are legally treated as joint property of the couple. Findings from KHAS show that men usually own immoveable property individually, with little joint ownership by couples. Thus, even as women contribute to the household, they may not always enjoy a legal right to matrimonial property.

Inheritance continues to be mainly governed by social norms where daughters are not treated on par with sons. Women, too, are reluctant to assert their rights and often give up their claims to inheritance in lieu of family support. This is substantiated from the KHAS data. Approximately 82 percent of plots and 56 percent of residences owned by men were inherited, while the comparable numbers for women were only 21 percent and 16 percent, respectively.

It is time to begin unpacking the last major frontier in inequality research by unpacking the dynamics within a household. To be sure, a family, or the household, is more than the sum of its individuals, but even a Gestaltian aggregation must begin with the individual.

One place to begin is by replicating the KHAS methodology through small pilots across India’s diverse social and economic contexts. This will provide a platform for identifying and addressing key challenges involved with such data collection and take us forward in distilling a core set of questions that can be integrated into national level asset surveys.

Hema Swaminathan is an Assistant Professor at the Centre for Public Policy, Indian Institute of Management Bangalore. She is a CASI Non-Resident Visiting Scholar.