"How to Get Rid of Clientelism in Politics," Oliver Heath & Louise Tillin. The Hindu: Business Line, August 16, 2017 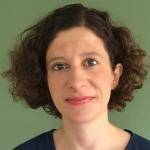 The Government of India’s Economic Survey of India this year bemoaned that India’s states are more interested in “competitive populism” (handing out goods and services) than “competitive service delivery.” As a result, India continues to suffer from weak state capacity, which means the Indian state is very inefficient at providing health care and education, or at implementing programs which are intended to support the poor.

One of the reasons why citizens in many Indian states fail to receive their legal entitlements is the persistence of clientelistic ties. Rather than enjoy routine access to basic goods and services, poor Indian citizens ordinarily have to negotiate access to health care, education, and social transfers by relying on their social and political connections. Their rights are all too often contingent on these networks. Political parties, in turn, have relied on the activities of local brokers who develop relationships of trust with voters and act as intermediaries to ensure access to goods and services. Parties also continue to circulate huge quantities of cash and material goods during elections. While there is great deal of debate about the efficacy of attempts to buy votes, it has become costly for parties to opt out from this kind of material distribution—helping to make Indian elections incredibly expensive affairs.

Economists Philip Keefer and Razvan Vlaicu have suggested that one reason why political leaders prefer to rely on vote-buying and other clientelistic strategies to win elections is that it is very costly to establish their credibility based on public policy commitments. Where state capacity is weak, politicians find it hard to achieve their policy goals and are thus more likely to rely on clientelism. The reliance on clientelistic strategies, in turn, undermines the capacity of the bureaucracy to deliver public goods in an impartial, accountable fashion, creating a vicious cycle.

Once this cycle is established, what can be done to break it? And can attempts to reform the delivery of public services help to reduce the effectiveness of clientelism and vote-buying strategies? Our research sheds light on these questions and examines what happens when state governments do choose to make improvements to how local state institutions perform in delivering basic goods and services. There is plenty of evidence from studies of Indian states that demonstrate state leaders are experimenting with improvements to service delivery as a means to bolster their electoral prospects. Our recent research has shown that where these reform efforts are successful, ordinary, poor voters are less likely to respond to attempts by political parties “to buy” their vote. However, when public services function badly, people will be more receptive to attempts to buy their votes.

In order to research these issues, we took advantage of a tightly controlled comparison in central India made possible by the division of the state of Madhya Pradesh in 2000, leading to the formation of the new state of Chhattisgarh. By carrying out a cross-border survey, and studying villages on either side of a newly created state border, we could exert a high degree of control over factors commonly associated with clientelism such as poverty, political competition, socioeconomic structure, ethnic and kinship relations, and administrative history. Since bifurcation, however, political leaders in the two states (both from the BJP) have made different decisions about how to work with the local bureaucracy to shape the performance of institutions that are critical for the delivery of public services. While Chief Minister Shivraj Singh Chouhan in Madhya Pradesh made farmers and agricultural growth central to his electoral platform, Raman Singh, in neighbouring Chhattisgarh, made the delivery of programs targeted at the rural poor a priority. He sought, thereby, to widen the BJP’s social base in a context of stubborn rural poverty and a skewed pattern of economic growth driven by natural resource exploitation. The result of their different approaches has been that people living on either side of the border have had different experiences of the provision of basic goods, especially anti-poverty programs such as the Public Distribution System (PDS) for the delivery of subsidised food, and the Mahatma Gandhi National Rural Employment Guarantee Scheme (MGNREGS).

Our survey of 480 voters in 40 villages on either side of the state border in late 2013 confirmed that those living on the Chhattisgarh side of the border had experienced relatively more efficient, universal, and easy to access social welfare programs compared to people living on the Madhya Pradesh side of the border where social programs remained (inefficiently) targeted, leaky, and subject to local political intermediation. On the Chhattisgarh side, respondents were significantly more likely to possess a “ration card” (94 percent compared to 81 percent on the MP side) or “Below Poverty Line” card (79 percent vs. 34 percent) giving them access to government schemes, were more likely to be a recipient of either the PDS (92 percent vs. 46 percent) or MGNREGS (44 percent vs 28 percent), and were satisfied with the performance of the PDS.

On each side of the border, we ran a series of survey experiments in which we asked respondents about hypothetical vote-buying situations. The results of our analysis show that in the context of poor institutional performance on the MP side, respondents are significantly more responsive to small inducements than they are in the well performing institutional context on the Chhattisgarh side. We can illustrate the size of these effects by calculating the likelihood of whether a person from a Scheduled Tribe community, living below the poverty line with no educational qualifications, would vote for a party in return for a particular type of good according to which side of the border they live. For this group of voters, the likelihood of responding to a small inducement (such as the promise of food) is about three times greater in the context of poorer institutional performance on the MP side than it is in the better performing institutional context on the Chhattisgarh side. This represents a sizeable difference. However, as the size of the goods on offer increases, the difference between voters on either side of the border reduces and loses statistical significance. When offered medicine, a water pump, or a job, there was no significant difference between voters on either side.

The central implications of these findings are that the impact of attempts to “buy” votes through the distribution of goods or services are mediated by the quality of local institutions and service delivery. If institutions do not function well, and are leaky, then the probability of ever receiving the promised benefits of public policies are extremely low. In such situations, rational voters will discount the future and find short term material benefits more attractive. However, when institutions function well, even in a limited way, voters can see a better link between policy promises and policy implementation and will be less likely to sacrifice their preferred policy outcome for a short-term pay-off. Poor institutional performance, therefore, makes the prospect of direct personal transfers today more attractive than the promise of redistributive public policy tomorrow. But importantly, our research shows that these relationships are not set in stone, and that by investing in good social welfare programs, we can see the demand for the cheapest and most transient forms of clientelism fall.

Oliver Heath is Professor of Politics and Co-Director of the Democracy and Elections Centre in the Department of Politics and IR, Royal Holloway, University of London. He tweets as @olhe.

The research summarized in this article was supported by the Economic and Social Research Council (grant number ES/K005936/1).