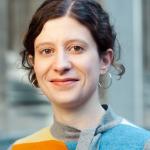 As elections are held in Uttar Pradesh (UP), India’s largest state, attention has been drawn again to the question of whether the numbers and boundaries of India’s states ought to be reconsidered. In a move unthinkable sixty years ago when UP was presented as an indivisible “heartland” territory of the whole of India, UP’s incumbent leader Mayawati went to the polls calling for the division of the state into four parts. Of all federal systems in the world, India (along with Pakistan) has the fewest number of states or federal sub-units per capita. Not only are there relatively few states, but India’s states are also of vastly uneven size and population. For example, UP’s population is 328 times larger than that of the smallest state, Sikkim. By comparison, there is a ratio of 66 to 1 between California and Wyoming in the U.S., or 91 to 1 between Brazil’s largest state, Sao Paulo and its smallest, Roraima. The average population of an Indian state, 37.7 million is the same population that exists in the largest state in the U.S.

In India, where states are represented in the upper house on the basis of population rather than on an equal basis as in Brazil or the U.S., the unequal size of states does not threaten the democratic principle of “one person, one vote” by overvaluing the vote of people in low population states. The continuing freeze on the distribution of parliamentary seats between states in the lower house (Lok Sabha) does, however, intentionally discriminate against voters in states with faster growing populations. If anything, UP is therefore somewhat under-represented in parliament. However, simply creating new states without reallocating or increasing the total number of parliamentary seats across states to reflect patterns of population change would not significantly challenge these imbalances. Debates about resizing India’s states or increasing their number are therefore not typically concerned today with the question of representation at the federal level, nor do they cause significant concern about whether the “Union” can hold together in the face of multiple regional demands.

Debates about the number of states and their boundaries have instead clustered around three main principles. The first can be described as a cultural principle, whereby states are demanded or created to recognize distinct cultural or ethnic communities. The second principle is an administrative one in which the number and size of states should be dictated by concerns about the quality of administration; striking a balance between ensuring access to public services and achieving economies of scale in their provision. The third principle that has been more vigorously asserted in the context of economic liberalization is that creating more, smaller states can act as a driver of further economic growth by spurring subnational competition and policy innovation, or help to address regional inequality. The fact that Chhattisgarh and Uttarakhand (two of India’s three newest states, each created in November 2000) – and Bihar (the “parent state” left over when the third state of Jharkhand was created) – saw some of the highest rates of economic growth among all Indian states in the 2000s, despite being among the poorest, has increased interest in this third argument.

In the 1950s and 1960s, language was the major organizing principle for state reorganization. The states created in north-east India from the 1960s onward enshrine different forms of recognition and protection for local “indigenous” communities. In recent decades, the practice of state creation has not closely followed any one of these principles. The three new states of Chhattisgarh, Jharkhand, and Uttarakhand were created within the Hindi-speaking belt of north and central India in 2000 by a central government led by the Hindu nationalist BJP that had historically been opposed to a multicultural vision of Indian federalism. Since then, demands for statehood have resurfaced strongly within India’s first linguistic state – for the creation of Telangana from Andhra Pradesh – and elsewhere, bringing language into question as a rationale for organizing territorial space.

A multicultural conception of Indian federalism has been sufficiently embedded – despite the protests of Hindu nationalists – that there remains a tendency to interpret the creation of new states through a cultural, if not linguistic, lens. Chhattisgarh and Jharkhand are thus commonly described using the shorthand “tribal” states, with the implicit assumption that their creation has improved the representation of their sizeable – 32 and 26 percent respectively – adivasi or “indigenous” communities. Such a shorthand also recognizes the long running peoples’ movement for statehood in Jharkhand, though not in Chhattisgarh. This mobilized, in different ways over time, around a demand for a state which would improve the representation of adivasis and their stake in the governance of the natural resources (especially forests and minerals) which abound in Jharkhand (as in neighboring Chhattisgarh). Another interpretation for state creation, particularly in 2000, sees it as being led by a state acting at the behest of capital restless for new regions to exploit. Such a view reflects unease about the aggressive intensification of natural resource exploitation pursued by the new states of Chhattisgarh and Jharkhand (accompanied by significant new forms of conflict), and the plains-centric industrial policy of the supposedly “hill” state of Uttarakhand.

Yet, the creation of new states in recent decades has in fact reflected neither a straightforward logic drawn from the pressures of capital or claims to recognition. Despite the distinctive demography of the newest states, their creation is not to be seen simply as another example of India’s multicultural federalism in action, in which new states are created to provide better representation to territorially concentrated ethnic communities. By the time statehood demands were conceded by the central government in 2000, broad pro-statehood political coalitions had formed within regions for which statehood was demanded that went beyond particular ethnic groups or coalitions. Furthermore, calls for “recognition” on a cultural basis did not feature strongly in statehood demands in Chhattisgarh and Uttarakhand. In Chhattisgarh there was no strong grassroots demand whatsoever for statehood although it had some support among political elites. Nor, despite their location at the heart of disputed trajectories of industrialization and natural resource exploitation, are the newest states to be seen simply as the gift of a state acting on behalf of capital seeking to gain better access to their natural resources. Such a view underplays the diversity of interests among business and industry, and their views and occasional uncertainty, about state creation given the potential for nativism associated with statehood demands.

The latest process of state creation was a complex one with multiple causes that unfolded over a long time period. The timing of state creation reflected political conditions at the state and all-India levels, rather than the depth or intensity of mobilization within individual regions. New states have not necessarily bequeathed federal units with more cohesive regional political communities, where the rights of “local” populations are protected or privileged, or more business friendly environments are guaranteed. Indeed, pro-statehood campaigns frequently, though temporarily, submerge the tensions between divergent groups, goals, and interests. Therefore, the granting of statehood is best seen as an “ambiguous compromise.”

The prospects for any future resizing also rest on shifting political coalitions, rather than a clear set of principles. The creation of any new state requires legislation by the central government. While the Congress Party calls for the establishment of a new “states reorganization commission” in its election material in UP, it seems to be in no hurry to establish one in Delhi where it leads the central government. Political and electoral questions continue to prevail and shape the prospects for future new states. That statehood demands can be raised and settled through the democratic process is a strength, even if it does not always produce results that satisfy the strongest proponents of statehood.