"Address the Health and Economic Crises Beyond Covid," Harsha Thirumurthy. The Hindu: Business Line, May 5, 2020

Beyond Coronavirus, India’s Government Policies Need to Cope with a Larger Health and Economic Crisis 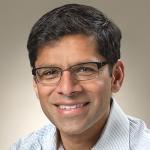 With the number of confirmed COVID-19 cases in India exceeding 12,000 and increasing rapidly, the new coronavirus disease poses a dire threat to the nation’s public health. By some estimates from models of India’s epidemic, nearly 400 million Indians will become infected this year. This figure alone makes it easy to imagine why the toll of COVID-19 in India may be far higher than in any other part of the world now affected by the pandemic. The economic toll and the knock-on effects this will have on health outcomes, however, are even more staggering and warrant a major policy response.

Slowing the spread of COVID-19 and ensuring the health system is best prepared to handle a surge in severe cases are, justifiably, the two most important priorities at this moment, and each of these is an enormous challenge in India. The unprecedented national lockdown that began on March 24 was a necessary measure to slow down the spread and “flatten the curve” of new infections. Enforcement of the lockdown, however, has required the diversion of significant state resources and has been inherently difficult to implement in too many parts of a densely populated country.

The lockdown has also imposed numerous hardships, beginning with the arduous journeys made by millions of migrant workers to rural homes, and including immediate threats to the livelihoods of many more citizens. The April 11 decision to extend the lockdown beyond the initially announced 21-day period, even if done partially to the end of April, will only amplify these hardships.

When it comes to the already-strained health system, the challenges are equally daunting. Widespread testing and treatment are essential, and on both counts, there are a number of glaring deficiencies. Lessons from successful efforts made to halt the spread of infectious diseases like Ebola and even HIV/AIDS in other parts of the world are equally as relevant as COVID-related efforts in East Asian countries.

Testing must become more widely accessible, but until that is a reality, resources must be deployed strategically. A sentinel surveillance system, for example, can be established to rapidly identify areas where there are coronavirus cases and thus, a corresponding need for enhanced testing and containment measures. Similarly, existing strategies like contact tracing should continue, but new approaches that rely on frontline health workers to rapidly report potential clusters of cases should also be utilized.

Treatment of COVID-19 cases poses its own set of challenges. Even in an optimistic scenario, for the number of new cases at the peak of India’s epidemic, hospitalization needs will vastly exceed existing capacity. Increasing the number of available hospital beds and ventilators while also ramping up production of personal protective procurement are urgent priorities.

Regardless of whether or not India avoids a worst-case scenario for COVID-19, the toll on economic outcomes and the resulting implications for the health of India’s large population of informal laborers and people living at or below the poverty line has the potential to be staggering. A large and sustained policy response is needed here rather than the short-term measures that have been announced so far.

To the credit of several state governments and the central government, various relief measures were introduced soon after the lockdown began. Tamil Nadu announced the provision of 1,000 rupees to segments of the population along with free provision of essential commodities. Other states, including Gujarat and Kerala, have announced similar measures. Additionally, the central government has created a $22.6 billion spending plan that includes monthly payments of 500 rupees for three months to 200 million beneficiaries, along with the provision of free LPG for three months to Ujjwala program beneficiaries and free food rations.

The cash transfers amounts being provided, however, are unlikely to offset the economic impacts on many recipients and their households. More importantly, a three-month long stimulus is unlikely to be sufficient if the economic impact of COVID-19 is not a short-term blip in GDP but instead a longer-term slowdown in GDP growth. The Reserve Bank of India has already “drastically altered” its forecasts for the Indian economy, taking into account the effects of the lockdown and the global economic slowdown that seems inevitable in the year ahead. If current forecasts of 1.5-2 percent GDP growth for this year—rates that have not been seen in decades—prove to be accurate, there will be major consequences for poverty, health, and well-being in India that far exceed the direct health impacts of COVID-19.

Responding to the turbulent economic times ahead requires several additional policy actions. A larger and longer-term stimulus is needed to provide adequate protection to households. A second spending plan that will support small enterprises should be one part of such a response. Increasing the size and duration of cash transfers as well as highly-subsidized essential commodities to eligible beneficiaries is a measure that needs to be taken as well. Looking farther ahead, when the risks of coronavirus infections have subsided, or in areas where physical distancing becomes less necessary, expanding workfare programs such as MGNREGA may be plausible as well.

Economic support alone will be insufficient as a response to the larger impacts of COVID-19 in India. Even in years when the economy has grown rapidly and despite the existence of a large-scale program to provide nutritional supplements, India has among the world’s highest malnutrition rates. Nearly one-third of the world’s stunted children live in India and malnutrition is a leading cause of child mortality. The combined effects of COVID-19-induced disruptions in the delivery of essential commodities and services, an increased burden on the health system, and an economic slowdown have grave implications on malnutrition rates.

A first step in averting the risk of malnutrition and child health is frequent tracking of key indicators, particularly in the regions where malnutrition rates are known to be high, in order to rapidly identify settings where add-on interventions are needed. Relying on frontline health workers who already perform growth monitoring would be one way to promote such tracking. Specific interventions in areas where indicators take a turn for the worse can include greater provision of free rations, correction of any problems in accessing rations, expansion of cash transfer programs, or increased health services.

In the worldwide battle against coronavirus, all countries face major threats to health and economic well-being. With that threat being even greater in India due to its size and population density, as well as its health and economic indicators, now is the time for a larger and longer-lasting spending plan and health sector response.

Harsha Thirumurthy is an economist and Associate Professor of Health Policy at the University of Pennsylvania.