"Myth of the Monolith: Contested Nationalisms within the Sangh Parivar," Gautam Mehta. India in Transition, December 4, 2017 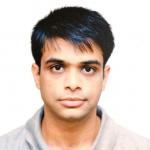 During his speech to the global business elite gathered at the 2018 World Economic Forum, Davos, Indian Prime Minister Narendra Modi extolled globalization and criticized trade protectionism. Touting the “radical liberalization” of FDI norms, Modi had boasted in 2016 that India was “the most open economy in the world for FDI [Foreign Direct Investment].” Not all members of the Sangh Parivar—the Hindu nationalist Rashtriya Swayamsevak Sangh (RSS) and its affiliate organizations—shared Modi’s enthusiasm for economic openness or agreed with the Prime Minister’s contention that FDI provides a “major impetus to job creation.” The Swadeshi Jagaran Manch (SJM) vehemently opposed liberal FDI norms, arguing that “FDI has done more bad than good to the economy.” The Bhartiya Mazdoor Sangh (BMS), RSS’ labor union affiliate, threatened to take their disagreements over aspects of the Modi government’s FDI policies to the streets. The degree of government intervention in economic activity, especially the role of foreign investment, has emerged as a major fault line within the Sangh Parivar. The RSS leadership has been content to let multiple points of view co-exist, preferring to mediate the policy differences among the BJP and RSS’ economic affiliates. RSS’ own economic ideology, which has often been caricatured as “communism plus cow” has also evolved. While the RSS has softened its once implacable opposition to globalization and economic liberalization, RSS’ current economic philosophy can be best summed up as populism with Indian characteristics.

For much of the post liberalization era, the Swadeshi (economic self-sufficiency) wing was prominent within the BJP. The BJP’s 1996 election manifesto, while welcoming foreign investment in high-technology sectors, asserts that, “when foreign savings have to supplement and assist the economy in circumstances where domestic savings are inadequate, we compromise with the nation’s long-term interests.” The BJP’s Swadeshi wing was gradually sidelined; its marginalization was complete with the selection of business-friendly Narendra Modi as the party’s Prime Ministerial candidate. The BJP’s current FDI policy is best summed up by the Prime Minister’s promise of “red carpet, not red tape” for foreign investors. Much to the consternation of the Sangh Parivar’s economic nationalists, the Modi government has increased FDI limits across sectors and eased regulatory burdens on foreign investors. BJP Chief Ministers, even those with a RSS provenance such as Haryana’s Manoharlal Khattar, have made attracting foreign investment a key part of their agenda. BJP governments have implemented business-friendly regulatory changes, including labor law reforms.

For much of its history, the RSS vehemently opposed globalization. The Akhil Bhartiya Karyakarni Mandal (RSS Executive Council) declared in 1998 that, “[i]t is well known that the [RSS] has always been in favor of Swadeshi which connotes self-reliance and economic independence.” The RSS feared that foreign investment would infuse into the national bloodstream culturally alien values of consumerism and hedonism. The SJM was established in 1991 to advocate economic self-sufficiency. In an interview, SJM’s Ashwani Mahajan asserted that foreign investment leads to the ceding of economic sovereignty to multinationals and the immiseration of the poor. The SJM, as its 2010 resolution makes clear, is particularly wary of the impact of a liberalized trade and FDI regime on small businesses. The RSS has a fondness for small family-owned businesses because it believes that these enterprises treat employees as an extension of the owners’ family, and a concern of employee welfare is on par with pecuniary considerations. The BMS emerged as a strident opponent of globalization and an advocate of pro-worker labor policies. The BMS had recommended in 2001 that the Indian government pursue “economic independence” by collaborating with other developing countries to come up with an alternative to the WTO. The BMS consistently opposed proposals by BJP governments that would make it easier for businesses to lay-off workers. Because North Indian trading communities were the core of RSS’ support base, the opposition of FDI in retail has been an ideological totem for the Sangh.

The recent expansion of the RSS has been driven by an influx of members of upwardly mobile social groups. The new joiners do not share the statist and autarkic proclivities of the SJM and the BMS. Changes in RSS’ social composition and the electoral imperatives of the BJP have driven an evolution of RSS’ economic philosophy. The softening of RSS’ once immutable opposition to FDI was evident when Mohan Bhagwat declared in 2013 that the RSS was “not bound by dogma.” Allaying apprehensions over the organization’s alleged antediluvian views, Bhagwat said that the RSS understood that changes in the global economy meant that the organization’s view would need to “evolve over time.” Unlike in the past, the RSS leadership no longer delivers diatribes against globalization and its malign cultural influence.

The RSS has rejected both capitalism and communism as culturally alien. While the RSS shares the statist inclinations of the Indian left, the RSS has always been wary of an excessive role for the state in shaping the society. The RSS’ 2015 annual report had exhorted the newly elected BJP government to conceptualize development “in light of Indian values.” RSS’ current economic philosophy can be best summed up as, “populism with Indian characteristics.” More specifically, as was evident in Mohan Bhagwat’s 2017 Vijayadashmi speech, which is akin to the State of the Union address for the Sangh Parivar, RSS’ economic populism entails that the economic playing field to be tilted in favor of small enterprises. In his speech, Bhagwat called for “decentralized economic production.” The RSS has always extolled family owned small businesses, which it believes are upholders of traditional norms of morality.

Bhagwat’s April 2018 speech to Mumbai business elites at the Bombay Stock Exchange was perhaps the clearest enunciation of RSS economic philosophy. He said that the RSS was not wedded to any economic “isms,” and that the yardstick to judge an economic policy should be whether its benefits reach the poor. The RSS has long been a votary of greater welfare spending and economic egalitarianism. Both the SJM and BMS, which were founded by Dattopant Thengadi, perhaps the Sangh’s most influential economic ideologue, believe that the ratio of income of the top 20 percent and bottom 20 percent should not exceed 10:1. The RSS’ 2015 annual report exhorts the BJP government to prioritize the needs of the rural areas and Scheduled Castes and Tribes. Bhagwat argued that, while Hinduism is not an ascetic faith that frowns upon wealth-creation, an individual’s economic conduct should be mediated by dharma (righteousness). The preoccupation with the individual, which is inspired by the RSS’ belief in durability of bottom up social change, lends RSS’ economic populism a distinctive Indian character. Bhagwat argued that an individual’s major goal in life should not be wealth accumulation or sybaritic consumption, and that the rich should share their wealth with their less privileged co-citizens. In its 2011 annual report, the RSS had asserted that consumerism and self-aggrandizement were the root causes of corruption.

Over the past year, the RSS and its affiliates have pushed the BJP government’s policy in a more economically populist direction. Within a week of Bhagwat’s 2017 Vijayadashmi speech, the central government reduced taxes on fuel and some common household use items as well as reduced the compliance burden on small businesses paying the Goods and Services Tax. In an announcement that undoubtedly pleased the SJM, Finance Minister Arun Jaitley announced in his budget speech, a “calibrated departure from the underling policy [of reducing customs duty of the] last two decades.” The increased assertion by the Sangh Parivar could likely cause the government to abandon the Prime Minister’s campaign claim that “the government has no business being in business,” instantiated most recently by the scrapped plans to privatize perennially loss-making Air India. Much to the chagrin of the party’s libertarian-minded supporters, the BJP state government will likely enhance public expenditure on populist schemes, such as sharply higher staples’ procurement prices or the fiscally burdensome farm loan waivers implemented by many BJP state governments. The BJP’s 2014 campaign was centered on the promise to bring acche din (better days); the next campaign might focus on economically populist themes such as welfare delivery.

Gautam Mehta is a recent graduate of Johns Hopkins School of Advanced International Studies, and is helping write a book on the Sangh Parivar.