Biodiversity Management with Public Participation: Can India Do Better? 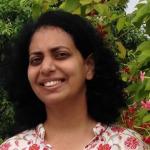 In India, legally established Protected Areas have historically been the most important means adopted for biodiversity conservation. Protected Areas (PAs) primarily include National Parks and Wildlife Sanctuaries, and more recently, Community Reserves and Conservation Reserves. Today, there are as many as 703 PAs all across India, covering almost 5 percent of its land area. With burgeoning demands on land and water, and a high population density of 382 people/square km, the area commitment to PAs shows the national importance placed on biodiversity.

Covering most of the ecosystems in India, including grasslands, rainforests, and mountains, PAs are widely recognized for their significance in climatic and hydrological modulation, provision of diverse forest goods, nutrient cycling, and crop pollination. Yet, the decline of biodiversity, even inside these supposed bastions of conservation, is alarming. Dwindling populations of endangered species, forest degradation, pollution, and reducing habitat connectivity, are concerns.

The task of conservation has become even more difficult as most protected areas are surrounded by people who are alienated from the aims and need for wildlife conservation. Restrictions on forest use, poorly managed village displacement, conflicts with wildlife, and unclear forest rights, fuel resentment amongst local communities. People in and around PAs live with issues of livelihood insecurity on a daily basis and see little effort on the part of PA managers to redress their problems. One of the major tasks facing PA managers is to enhance local support for wildlife conservation. While this is necessary for ethical reasons, there are practical reasons for doing so as well.

A cooperative local community can help to reduce poaching and other illegal activities, and provide knowledge and human resource for better ecosystem management. Public participation and outreach also go a long way in developing a more conducive ambience for dialoguing with different stakeholders in situations of conflict. With much less policing to do, PA managers can focus more on constructive activities such as research and wildlife management.

For a long time, the public involvement in PA management was restricted to appointing naturalists and wildlife enthusiasts as Honorary Wildlife Wardens. While experienced in natural history, most of the Wardens had little or no scientific training. Few possessed a holistic view of social-ecological systems in which the PA was embedded or had a sense of history about the site. Further, the interface of PA managers and Wardens with local villagers was restricted to fining them for illegal activities such as grazing or poaching.

During the 1990s, the Indian government, aided by the World Bank, sought to redress this problem through the India Ecodevelopment Programme (IEDP). The IEDP was limited in terms of geographical spread and funding, being carried out only in nine project sites with a budget of Rs. 3 billion over a ten-year period ($67 million at the time). However, the IEDP represented a considerable departure from the exclusionary norms of conservation prevalent in India at the time through its emphasis on local benefit and participation. IEDP aimed to reduce people-biodiversity conflicts by diverting livelihoods away from forest activities through alternatives, and imparting more responsibility for protection to local village institutions.

The core of the Programme was to establish Ecodevelopment Committees at the village level, which would then anchor the different activities. However, the IEDP turned out be a non-starter in many ways. Various schemes were started with seed money from IEDP but could not be sustained beyond the project period. One of the root causes was the inability to create sustainable village institutions that could work effectively and carry on the activities beyond the project period. Top-down approaches, activities inappropriate in the socio-economic context and continued exclusion of marginalized groups also contributed to the problems.

There were a few exceptions. Periyar Tiger Reserve (Kerala) conducted an ecotourism program to train local people, earlier dependent on illegal activities such as poaching. Having the advantage of knowing the flora and fauna well, they were converted into effective nature guides to take tourists on wildlife treks and hikes through the rainforest reserve. Other successful cooperatives were created for enhancing local incomes such as direct selling of plantation produce and food stalls during religious pilgrimages. However, such successes were few and far between and in most of the sites, IEDP sank without a trace after the duration of the funded project.

Another opportunity for improving PA management in India came in 2005, ironically with the local extinction of the Bengal tiger in Sariska Tiger Reserve. A national-level Tiger Task Force, headed by Sunita Narain, an eminent environmentalist, was set up to explore the long-term issues plaguing tiger conservation. As a result of its deliberations, the Tiger Task Force argued for the setting up of an Advisory Committee in each state with representation from forest officials, village groups, NGOs, and other qualified individuals, an existing legal provision. Through its intervention in advising management planning, the proposed Advisory Committee was meant to help resolve conflicts between local economy and ecology.  However, this suggestion was not even partially operationalized by State Forest Departments.

As of today, Tiger Reserves (which constitute only 48 out of the 703 PAs in the country) continue to have a limited budget for ecodevelopment activities. Unfortunately, even this budget is rarely used for village-based activities except in high profile Tiger Reserves. A recent positive development has been the setting up of State-Level Monitoring Committees to keep track of rehabilitation programs for people displaced from PAs. These Committees have independent experts along with forest officials, and have recently played an important role in overseeing the village resettlement process in a few PAs such as Mudumalai Tiger Reserve in Tamil Nadu and Nagarhole Tiger Reserve in Karnataka.

Generating involvement in local PAs requires not just the government but also considerable funding. Livelihood interventions, conflict mitigation and compensation schemes, and public outreach programs are diverse areas requiring financing, which is not currently available. The large, 85 percent budget cuts of the Ministry of Environment, Forests and Climate Change in the Twelfth Five-Year Plan have already made it harder for PA managers to meet even basic costs such as salaries and purchase field equipment, leaving little for additional activities.

One solution is to use funding from the national Compensatory Afforestation and Fund Management and Planning Authority (CAMPA). CAMPA funds are garnered from  government and non-governmental user entities for the purposes of compensatory afforestation when forest land is diverted for industry and infrastructure development. Today, they are worth Rs. 380 billion ($5.9 billion). The use of CAMPA funds for improving PA management can be justified as it will have long- and short-term benefits for biodiversity conservation. Also, tourist entry fees to PAs, running into millions of rupees annually, can strengthen such interventions.

Successful civil society initiatives, though scattered, have demonstrated that public outreach vastly improves effectiveness of nature protection. For instance, snow leopard conservation in Himachal Pradesh and bird-based tourism in Uttarakhand – on-going efforts led jointly by State Forest Departments and NGOs – are beginning to yield results. Such examples need to be studied and replicated. Above all, new legal categories of PAs in India such as Conservation Reserves and Community Reserves mandate public participation, a requirement that can be leveraged for good use. Existing provisions in the Wildlife Protection Act for people’s involvement can be operationalized. Clearly, given the conducive policy environment, incremental improvements in governance can be made through locale-specific activities based on partnerships amongst different sectors.

Ghazala Shahabuddin is a Senior Fellow at the Centre for Ecology, Development and Research (CEDAR), and a CASI Fall 2015 Visiting Scholar.