The Problem of Inadequate Electricity Across India 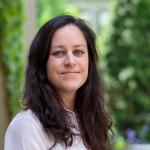 Why do the lights go out more often in some Indian states than others? While India has recently seen great gains in generation capacity and rural electrification, many utilities are still trapped in a vicious cycle of underpayment, underinvestment, and dismal performance. The effects are huge: in 2010 the World Bank estimated the cost of electricity shortages at 7 percent of India’s GDP.

This underperformance is not uniform. Constitutional responsibility for the crucial “last mile” of distribution to end consumers rests with state governments, creating substantial subnational variation. India’s federal system therefore offers a laboratory to explore what types of electricity reform work, and why.

This was the starting point for “Mapping Power,” a collaborative project that examined electricity governance across fifteen major states, home to 87 percent of India’s population. In 2016, we conducted 300 interviews with current and retired bureaucrats, politicians, regulators, industrialists, engineers, and consumer groups to “map” the history of power politics in each state. Looking across the fifteen states, my research site of West Bengal emerged as an interesting case in two dimensions: reform design and political determinants of reform success, especially the effects of electoral (in)stability.

An Alternative Reform Model
During the 1990s, the so-called “standard model” of electricity reform spread globally, prescribing the breakup of vertically-integrated state monopolies, privatization, independent regulation, and competition. Results often proved disappointing, as evidence across the world from California to Uganda and Pakistan suggests. Surveying such evidence, West Bengal’s reform team of senior bureaucrats, utility managers, and consultants rejected this “one-size-fits-all” model. Instead, as I explain in “The Politics of Electricity Reform,” my forthcoming article in World Development, they pursued an innovative local reform trajectory.

Beginning in 2005, the resulting reforms maintained state ownership, avoiding the thorny issue of privatization, while seeking to insulate the utility from political interference. Unlike the standard model’s reliance on independent regulatory agencies, reformers focused on internal changes to the utility. They sought to imitate private corporate governance and accountability, notably “shadow listing” through articles of association that complied with the agreement governing listing on the stock exchange. Genuinely independent directors were brought in. As this suggests, the reformers’ commitment to public ownership was not dogmatic; they hired external consultants and technical specialists, while outsourcing street-level tasks like bill collection.

This drive for accountability continued throughout the workforce. After devoting time and resources to winning over unions, the reformers drew up detailed job standards to improve performance monitoring. Managers hoped to further “reduce the human element” of corruption and inefficiency through the use of technologies like remotely readable meters and computerized planning. As a key reformer told me, the goal was to reach profitability, ensuring financial independence from the government.

This model produced dramatic initial successes. Transmission and distribution losses, an indicator of efficiency and willingness to address electricity theft, dropped from 40 percent in 2001 to 23 percent in 2008. From losses of $300 million in 2002, West Bengal became one of only three states with profitable utilities by 2011. Rural household electrification doubled from 20.3 percent to 40.3 percent over this period; today the government claims the figure is above 90 percent. In national and World Bank assessments around 2011, West Bengal’s distribution company was thus ranked behind only Gujarat’s four. In fact, while business-friendly Gujarat is often seen as the antithesis of nominally socialist West Bengal, it pursued an electricity reform model that looked strikingly similar in key respects: in the emphasis on internal utility governance (considering both “people” and “processes”), winning over unions, the preference for technical solutions, and the rejection of outright privatization and popular participation in regulatory forums.

Power Reforms and Electoral (In)stability
Yet, as early as 2010, West Bengal’s improvements began to plateau, though the early gains have not been entirely lost. The explanation brings us to the second interesting dimension of the West Bengal case: the effects of electoral (in)stability on power reforms. West Bengal provided an extreme case of stability—the Communist Party of India (Marxist), or CPI(M), governed for 34 years after 1977, making it India’s longest-serving state administration. Its eventual electoral defeat in 2011 offers a window on the shift from one-party dominance to competitive politics.

Classic theories developed in industrialized countries suggest that democratic party-political competition makes politicians more likely to deliver collective goods. In India, however, politicians’ concern for reelection encourages them to dispense short-term, visible sops (like subsidies or new electricity connections) while neglecting long-term issues (like power reform). In the huge, politically competitive state of Uttar Pradesh, for example, privatization and other power reforms have repeatedly faltered while financial losses mount. In Jharkhand, short-lived governments have encouraged rent-seeking from energy projects rather than long-term planning. Even in wealthier states like Tamil Nadu and Punjab, fierce party-political competition has driven the expansion of populist subsidies and spiraling debts.

Equally, one-party dominance can open a window for long-term-minded power reform. West Bengal’s debt crisis and stalling agricultural growth led the CPI(M) to opt around 2001 for a new, pro-business strategy. Improved electricity was to be the state’s “USP” in producing lucrative industrial growth. Rather than favoring an existing interest group, then, the reformers promoted an imaginedconstituency of future industrialists. Nonetheless, the CPI(M)’s pro-business tilt eventually alienated its traditional rural base. From 2008, it began losing local elections, and in 2011, the Trinamool Congress swept to power. This more competitive political scenario coincided with West Bengal’s plateauing electricity performance, with politicians reluctant to permit unpopular tariff rises.

We can see a similar link between stable governments and power reforms in Gujarat, governed by the BJP since 1998, and in Delhi under Congress rule from 1998 to 2013. Some of India’s poorest states—Odisha, Chhattisgarh, Madhya Pradesh, and arguably Bihar—also now appear to have somewhat stable administrations. Perhaps it is here, then, that reform efforts ought to be focused. Nevertheless, because one-party dominance weakens democratic accountability, we should not expect it to encourage broader public service improvements or investments that do not so directly serve industry.

If West Bengal’s initial successes support one conclusion, it is that there cannot be any one-size-fits-all solution in the troubled power sector. Nonetheless, its gradualist, state-led reforms to utility governance offer an alternative to the increasingly tired liberalization template. At the same time, our analysis provides a fresh perspective on the relationship between democratic competition and development. Future research might productively explore when politicians decide to take the electoral risk of “governing for the long term,” and how reformers might leverage political stability for sustainable change.

Elizabeth Chatterjee is a Postdoctoral Scholar in the Department of Political Science at the University of Chicago. “Mapping Power” was funded by the Regulatory Assistance Project and led by Navroz Dubash, Sunila Kale, and Ranjit Bharvirkar.