"China-India Deal on Water: Why We Should Be Sceptical," Beth Walker. Chinadialogue. October 29, 2013 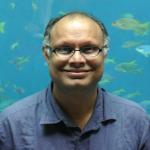 In recent years, whenever India and China have met at the highest level, the issue of water has been prominently put on the negotiating table. Much of the unease has been over a truculent temperamental trans-border river, the Yaluzangbu-Brahmaputra-Jamuna (YBJ) system, which exhausts its full watery course only after having traversed three sovereign nations: China, India, and Bangladesh.

In part, India’s exasperation follows from the latter’s inability to commit China to a river treaty or even a water-sharing agreement. Additionally, all efforts for a water commission or even an institutional arrangement for an inter-governmental dialogue on rivers has similarly come to grief. Meanwhile, as India sits troubled on a slippery slope of anticipation, it is only too aware that China, as the upper riparian to the Brahmaputra, also decides on the hydraulic facts. In effect, getting regular and reliable information on flows is another active cause for such liquid worries. Not surprisingly, the Indian side pursues with robust urgency even the half-light afforded by the existing “flood data agreement” with China.

In the first ever visit of the new Chinese Premier Li Keqiang to New Delhi on May 20, 2013, the previous arrangement on river data sharing was renewed with China restating its decision to provide hydrological data twice a day during the flood season between June and October. Another Memorandum of Understanding (MoU) was also signed between the Indian Ministry of Water Resources and China’s National Development and Reform Commission to enhance bilateral cooperation by “ensuring water-efficient irrigation,” with a focus on agriculture. In the same spirit of bilateralism, the MoU also committed the Indian side to informing China about how the latter’s “data” served India’s own flood forecasting and mitigation abilities. Lastly, the icing on the cake: the MoU would be followed up with the signing of an Implementation Plan of Hydrological Information (IPHI) under which China would inform of any abnormal rise or fall in water levels or discharge which might lead to a sudden flood in the Brahmaputra. These varied understandings, wrestled in a spirit of cooperation, were further tweaked following Dr. Manmohan Singh’s official visit to China in October 2013. The concession this time around in the MoU was an even more gracious extension of the reporting/sharing period which henceforth involved sending hydraulic data from May 15th (instead of June 1st) to October 15th.

But lurking in the shadows of the handshaking, bonhomie, and general sense of goodwill are the many dark and real fears that easily defeat Indian half smiles. China allegedly plans to build and put into commission up to eleven dams across the main stem of the Yaluzangbu. In one estimate, nine of these will be cascade dams and the remaining two will have reservoirs. By this infrastructural reckoning, with all the structures placed just before the Namcha Barwa bend (The Great Bend), the Chinese aim to generate 40,000 Megawatts (MW) of electricity even while claiming that they will only temporarily impound before releasing flows.

However, the Indian government’s expected alarm is somewhat stifled by the latter’s own half-mentioned but detailed strategy for turning the mighty Brahmaputra stretch into a hydro-dollar power house. By some estimates, close to 168 potential hydro-electric projects have been identified within the folds of the region’s innumerable hills and mountainous drops. According to the Central Electric Authority of India’s estimates, this region could potentially yield as much as 58,971 MW of hydropower. The state of Arunachal Pradesh alone has been marked for generating 50,328 MW of this hydro-electric hope. This eastern arm of the Himalayas, for many of India’s hopeful planners, has thus become a giant electric socket from which the rest of the country’s energy needs can be drawn. Put differently, the regions many mountains, rolling hills, and thick, lush vegetation are to be turned into an interrupted geography: a crossed-over-topography made intermittent with sequenced pylons smoothly humming away while transferring captured fluvial energy to the densely populated and energy starved flat flood plains of the Ganga region. But even before these voltage and megawatt desires have been fully dreamt up, the hard troubling realities of dissent and challenge have already set in.

Loud anti-dam protests have reverberated across a previously inconspicuous corner of India’s north east region. The Lower Subansiri district, straddling the border of Assam and Arunachal Pradesh, has become the site of a dramatic and unprecedented popular upsurge against the under construction run-of-the-river Lower Subansiri Hydroelectric Power Project (LSHEP). Such has been the intensity of the opposition that the government of Assam was compelled to set up an expert committee in December 2006 and tasked to “study the downstream impacts” of the LSHEP. The expert committee was made up of professors of civil engineering, environmental science, geography, geology, life sciences, and zoology and all drawn from three of Assam’s most prestigious academic institutions: Guwahati University, Dibrugarh University, and the Indian Institute of Technology in Guwahati. In their report, which was submitted in June 2010, these experts unexpectedly concluded that what worried them was not the absence of data but the dangers from ignoring existing knowledges about the river and its people.

Findings of the detailed report observed that the Brahmaputra river system was not characterized chiefly by quantities and volumes, but that the river’s ecological integrity actually rested on variable flows and fluctuating pulses. The communities dependent on the Brahmaputra system based their livelihood strategies on harnessing the river through a mix of fishing, flood recession agriculture, drawing upon diverse resources from surrounding wetlands, and harvesting a vast array of aquatic flora and fauna. In effect, they crafted their livelihood strategies around the river’s many different fluvial moods and temperamental currents.

By seeing the Brahmaputra through the eyes and interests of these innumerable riverine communities who populate the region, the expert committee was in fact acknowledging the fresh scholarly turn, since the late 1980s, that argued for a paradigm shift in how rivers were to be understood and managed. Notably, by focussing on the centrality of the “flood pulse” and flow variability, the river could be grasped as a set of critical ecological relationships and interactions between floodplains, wetlands, swamps, and estuarine zones. Put differently, the river and the floodplain, through a flooding regime, create and sustain a living ecosystem.

This living-ecosystem-river can conceptually be posed as the dissimilar other to the engineering metaphor of treating the river as merely the sum total of standardized volumes, data sets, and statistical averages. Herein lies the crux of what afflicts and weakens India’s difficult hydraulic bargains with China. By refusing to acknowledge the YBJ as the critical source for millions of subsistence livelihoods, Indian negotiations have instead opted to be embroiled in the narrow politics of damming. As a lower riparian, the dice is overwhelmingly stacked against those who choose to simply pursue a singular quest for data. Rather, a new and brave compact to save the YBJ is possible by foregrounding the significance of the riverine communities and in particular, their unique livelihoods strategies for the ecology and sustainability of the region.

Rohan D’Souza is an Assistant Professor at the Centre for Studies in Science Policy, School of Social Sciences, Jawaharlal Nehru University. He is a CASI Fall 2013 Visiting Scholar.