"How are Afghan Refugees in India Coping with Covid?," Chayanika Saxena. The Hindu: Business Line, April 23, 2020

The COVID-19 Crisis and Afghan Refugees in India 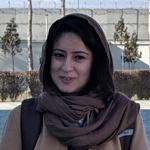 COVID-19 has unleashed not only a biological calamity upon India, but has also aggravated existing socio-economic-political inequalities. Countless people find themselves at the short end of the stick. The most vulnerable in this lot are refugees and other stateless individuals.

As of 2018, there are 195,891 refugees in India, and amongst them, according to the most recent estimate, almost 11,000 are from Afghanistan. This figure excludes the asylum-seekers and others who are either not registered with the United Nations High Commissioner for Refugees (UNHCR) or remain undocumented. Nearly 74 percent of the Afghan refugees in India are of Sikh or Hindu denomination, while the remaining are either Christian converts or Muslims. The Indian policy vis-à-vis refugees has been of selective acknowledgement. Unlike the Tibetans, or those who have escaped persecution in Sri Lanka, the Indian state has not granted Afghans the status of refugee. In doing so, India would be making a diplomatic comment on the state of affairs of Afghanistan; a stance it cannot afford to take due to vested regional interests. Lodged between conflicting national and international interests, which have little to do with their lived lives, these Afghan refugees are navigating the present times with extreme caution and care.

Despite residing within the perimeters of one country or the other, the political sermons sounded by heads of states around the world have hardly taken notice of these groups. International efforts to combat coronavirus at home and abroad appear oblivious of those who are without any nationality. The Indian response to this pandemic, too, has been reserved for a class of people—bharatvasi or Indian citizens. This group is not monolithic by a long shot. There are fissures within it that leave some—daily wagers and other such gig workers—more vulnerable to the virus and its outcomes. However, Indian citizens are, at least, accounted for in this hour of crisis, unlike refugees and other stateless individuals whose existential dread has only been compounded by this pandemic. Refugees from Afghanistan living in India, with whom I work, have expressed similar concerns over a lack of resources and external support.

India’s Lockdown and the Afghan Refugees
On Nowruz, the Persian New Year, I texted the pastor of a small community of Afghan Christians in Delhi. The pastor, a new father, is happy with his duniya (world), but has lately been worried about the other Christian families they have to support more frequently as changes come. He asked me to translate the appeal made by Modi in his March 20 speech, in which he announced a janata (public) curfew on March 22. I informed him that he would not be allowed to host his Mass that Sunday. The whole country was placed under lockdown three days later.

I had the chance to meet this community of Afghans at their weekly Mass before the lockdown began. Equipped with personal protection gear, including N-95 masks and rubber gloves, all those present at the gathering—young and old, men and women—were practicing social distancing even before it became a mandatory norm. I chose not to wear a mask as I was not ill, however, by not wearing this protective equipment, I stood out in the crowd of covered hands and faces. I took out my hand sanitizer from time-to-time to show that I was mindful of the threat, but I was certainly not as cautious as they were. Being an Indian national and literally at home, I was afforded the ease of knowing I had a system to fall back on. These refugees, however, had little external support. India is not a signatory to the UN Convention on Refugees (1951) and the accompanying protocols (1967), and has left it to the UNHCR to take charge of those seeking refuge/asylum in the country.

“Vasudeva Kutumbakam”
The service was replete with words of precaution and periodic reminders of the dos and don’ts of social interaction. The intercessory prayer was one of those few occasions when the N-95 masks came off as people took turns to pray for the health and betterment of their families and the people of Afghanistan, Iran, and India. Currently, the Indian state is not obligated to provide medical support to these Afghans, or for that matter, other refugee groups. With limited access to public health care facilities and the private medical infrastructure mostly out of their reach, these Afghan refugees are relying on each other for support and guidance. They “have each other and the Lord,” they said collectively at the Mass as they broke bread and sipped wine—the other time the masks came off.

Often reduced to numbers and statistics, these refugees and other stateless individuals have been pushed off the same nameless, numerical indices today. They are amongst those who remain unaccounted for as countries around the world gear up to protect their nationals. Effectively left to fend for themselves, the need of the hour is not to turn our attention away from this section of humanity that finds itself without a country to call its own. The solution is not to turn inward but to further display our faith in the Gandhian tenet, “vasudeva kutumbakam” or “the world is our family.” The creation of the SAARC COVID Fund is one such step the Indian government has taken to generate a transregional response to this pandemic. It would be desirable to extend this faith in collective action and cover those living without nationality who find themselves within the Indian shores. This crisis has shown us that while the virus does not discriminate between the people it affects, our response to it does.