"Shanahan says he has no orders from Trump to reduce U.S. forces in Afghanistan," Ben Wolfgang. The Washington Times, February 11, 2019

"India to be in talks with Taliban in Russia at ‘non-official’ level, meeting to be held today," Rezaul H. Laskar. Hindustan Times, November 9, 2018 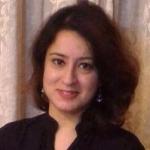 Amongst the many initiatives to end the Afghan conflict, the one led by the US Special Representative for Afghanistan Reconciliation, Zalmay Khalilzad, is critical for it has given the Taliban a direct hotline of sorts to America. In fact, the US is doing precisely what it had refused to do in 2002 when the Taliban had assured a “discussion to turn over Osama bin Laden” if America stopped bombing Afghanistan. Seventeen years later, the situation has only deteriorated and the Taliban, which is reportedly openly active in 70 percent of Afghanistan, only “promises to deny al-Qaeda and the Islamic State a foothold on Afghan soil” against the pull-out of the American troops. The urgency with which America wants its “boys back home” does not resonate much with the current developments and with the stakeholders in the US (recall Jim Mattis’ public resignation) and abroad.

First, these negotiations are to negotiate. Khalizad has taken almost four months to clarify that his peace agreement is not the same as a withdrawal agreement. This flies in the face of the red-line set by the Taliban and is a way of telling that these negotiations are not an end-all. In fact, in his State of the Union speech, President Trump, who had been clamoring for withdrawal all this while, talked about “reducing the troop presence and focusing on counter-terrorism” in Afghanistan—a force for counter-terrorism essentially means a longer American presence. The acting Defense Secretary, Patrick Shanahan, in his visit to Kabul claimed that he has no orders from Trump to reduce troop presence in Afghanistan.

The second aspect about these negotiations is its betrayal of the Government of Afghanistan. While Shanahan has reassured Kabul of its role in the American-led negotiations, for all intents and purposes, the Government of Afghanistan has been reduced to the status of a crowd in a cricket stadium—one that is not on the field but which occasionally cheers or jeers. Its absence from the intra-Afghan dialogue in Moscow has further testified to it.

On its part, the Afghan government is trying to assert its role through nationalist posturing and by bringing its own alternatives. The government has used political appointments (of two staunchly anti-Taliban individuals) to the cabinet to make its point. Similarly, I have observed a change in the political discourse employed by the government, particularly by Ghani who has not only questioned the credibility of the Taliban to speak for itself, but is also trying to turn the tables as he asked: “If (the Afghan) government is not legitimate, then where has Taliban gotten their legitimacy from?” He is also actively drawing on the past to compare his experiences with the government of Najibullah that he said was promised peace but was given massive conflicts instead. The Afghan government has also expressed its desire to convene a Loya Jirga in what looks like its attempt to get the state back in.

What these efforts would yield remains to be seen. From the looks of it, they have not gained much traction in American circles. Instead, they have been described as bitter angry reactions and obstacles to peace. The Taliban is shrewdly manipulating the situation too. It had announced the inclusion of Anas Haqqani, son of the deceased militant leader Jalaluddin Haqqani and who is currently imprisoned in Afghanistan, in its official negotiation team that met its American counterparts in Doha on February 25, 2019. The eventual negotiations took place without him as the Afghan government refused to release Haqqani’s son on the “pretext of peace.” However, the government could not build on this refusal and arm-twist its way to the table of talks as it may have desired. As for the Taliban, which appears to have thrown this bait just to test the waters, it continues its direct negotiations with the Americans without the Ghani cohort in sight.

The Afghan Redux for India
Of late, India’s role in Afghanistan has not only been dismissed as secondary but its contributions were slighted by Trump himself. It is worth recalling here that India is the largest South Asian donor in Afghanistan and has contributed $3 billion to it to date. However, despite its developmental assistance, the regional consensus on Afghanistan is being built without it.

Khalilzad’s touch-and-go trip to New Delhi in January 2019 did not amount to anything concrete. There was little substance in his tweet besides a reiteration of the Indo-American “long-standing commitment to…achieve enduring peace” in Afghanistan. In fact, the resumption of the negotiation process at the end of February 2019 and a series of stopovers that Khalilzad will be making in the region will once again give India a miss. However, this does not seem to bother many (or any?) stakeholders much.

Pakistan continues to claim that India has no role to play in Afghanistan; NATO, too, seems to have bought into this line of thinking. Alejandro Alvargonzález, NATO’s Assistant Secretary-General for Political Affairs and Security Policy, was quoted saying that while India has a “prominent place in Afghanistan,” so do “hundreds of others.” It appeared as though Alvargonzález was suggesting that India cannot be made a party to the talks just because Pakistan is there.

For India, its dilemmas concerning Afghanistan have come full circle. Ignored in the past and now in the present, India continues to side with the Afghan government and reiterates its support for an Afghan-led, Afghan-owned and Afghan-controlled peace process. Given the strategic implication of this stubbornness, which is becoming evident in its persistent neglect in the negotiations, India has been sounded a lot of what-ifs in direct and indirect ways. It has often been said that India should be a part of the “bandwagon,” and now that the murmurs are coming from within the country, it remains to be seen if India will revise its approach vis-à-vis Afghanistan, especially in light of its escalating conflict with Pakistan.

In a way, India’s decision to take part in the Moscow Consultations and non-officially share the table with the Taliban looks like its attempt to stay in the loop. Moreover, its interest in an “inclusive” peace deal suggests its official hesitation to engage with the Taliban might be blunt but only if the government of Afghanistan goes ahead with this engagement first. After all, having reiterated its support for a deal that is thoroughly Afghan, India’s strategic initiative in the context of the ongoing talks is critically dependent on what Afghanistan does and does not do.

Whether India will toe the line or not will be determined by a combination of factors, most of which, unfortunately, are not in its control. Realpolitik suggests India should not be wary of keeping all its options open. This does not mean India has to go back on its moral commitments or affect its other strategic requirements. Rather, it is time to change the plot and the language in which it is articulated, for as Karzai aptly noted, “the totality of Afghanistan is what India should be looking at and supporting” and the Taliban, who are Afghans, cannot be left behind.