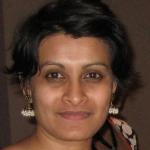 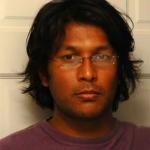 In May 2020, two months after the Indian government imposed a nation-wide lockdown in response to the coronavirus pandemic, workers on the verge of starvation set out on foot, in the millions, to return to the relative sanctuary of their villages thousands of kilometers away. Having relied on the railways to bring them from their villages to cities, these workers often followed the familiar rail tracks back to their village destinations. On May 8, near Aurangabad, sixteen migrants lay down on rail tracks to sleep, and were run over by a freight train. Across central India, outcry over the disaster forced the Indian government to arrange special trains (400 a day) to return these urban migrants to their homes. The route charted for each train was unique, reflecting the specific origin/destination routes of particular groups of migrants. As these special Shramik (“Worker”) trains, designated “COVID-19 Specials,” began running, trains departing from western and southern India and heading east arrived at their destinations days later than scheduled, sparking reports in the media about “lost trains.” Trains showed up with passengers deprived of food or water in transit, as railway officials struggled to cope with the logistical complexities of managing a large quantity of one-off, non-habitual train itineraries. Railway officials insisted the trains had not been lost; they had been re-routed or held up due to congestion at a little-known town in central India called Manikpur.

Manikpur Railway Junction lies in the district of Chitrakoot in the Bundelkhand region, a hundred kilometers west of Allahabad or Prayagraj, the city where the Yamuna River meets the Ganga. Ordinarily, this small town of 16,000 people is of little consequence in the vast national network that is Indian Railways, its small station not meriting a stop for the dozens of express trains that pass through here daily. Why Manikpur became this bottleneck in a systemic crisis can be explained in terms of India’s historically skewed geography of development that created the crisis in the first place. The station lies on the route first laid out by the colonial-era Indian Midland Railway Company, the only major “trunk”-line cutting through the formidable ravines of the Vindhyas in central India separating the low-lying northern Indian plains from its central and southern plateaus. Manikpur’s two “up” and “down” lines serve as the sole gateway from India’s west and south to Allahabad/Prayagraj, and beyond it, to the lower Gangetic Plain toward the Bengal delta, comprising some of the highest population densities in the world, double that, by comparison, of the London Metropolitan Region.

And yet, today, the highly dense lower Gangetic Plain is experiencing some of the lowest rates of urbanization in India, lagging far behind other regions that have much less to recommend in terms of their “natural” endowments for wealth creation. The paradox of this inverse relationship between population density and urbanization is deepened if we consider the other classic drivers of market formation that are available here in plenty: a major river corridor with some of the earliest colonial-era railway networks, assured natural rainfall, and very high soil fertility. The mix of high population density and underdevelopment are the principal drivers for the huge labor out-migration from the Lower Gangetic Plain to other parts of India.

Additionally, part of the puzzle is the regions to which migrant labor is traveling in search of work. The thriving hotspots of urbanization are largely concentrated in the relatively arid parts of the country. In other words, migrants from the Gangetic east are moving to cities in the north, south, and west that are coming into being by their very labor. In fact, one can see these variations in economic geography along the Gangetic Plain itself. In contrast to the lower Gangetic Plain is the distinctly different economic geography of the regions above Allahabad/Prayagraj: the upper Gangetic Doab between the Ganga and Yamuna (do-ab, two-rivers) to northern Punjab (five-rivers), with relatively lower population density, and known in Indian agriculture parlance as the “canal districts.” These contemporary uneven geographies of urbanization can be traced back to colonial-era canal irrigation networks.

During the late nineteenth century, colonial administrators laid down a network of canals in the upper Gangetic Plain. The reasons for these networks revolved around various considerations, including large-scale famines and peasant insurgencies. But above all, they represented efforts to expand agricultural land productivity to boost revenues for the Raj. In ascertaining territorial suitability for canal building, colonial engineers put aside two types of lands: those with too little rainfall, and those with assured rainfall and high levels of cultivation (i.e. the lower Gangetic valley). Thus, it was the semi-arid, partially cultivated regions of the Gangetic Doab and the Punjab that became the beneficiaries of the new canals, all of them cut between rivers to assure year-round flow (as was the case with the Krishna and Kaveri anicuts in western and southern India). In line with mainstream English economic thinking, these agrarian “improvements” were explicitly supply-side interventions, aimed at boosting productivity rather than addressing agrarian crises as a whole. The uneven routing of canals in this period coalesced around a host of variables: the land-revenue potential of the newly irrigated tracts, the transformation of certain groups such as the Jats and Gujjars into newfangled “hardy cultivating castes” of middle peasants, and the mitigation of famine and peasant rebellion from price fluctuations, now brought under control from greater productivity and from the national price and supply equalizations afforded by the construction of the railways.

The infusion of this hydraulic infrastructure coincided with the introduction of representative democratic politics at the local level in the late nineteenth century. This period saw the creation of kinship-based factions or micro-parties in the form of various sabhas and samajs, e.g. the Jat Mahasabha and the Arya Samaj, both crucial to Congress mobilization in the north. In the agrarian sector, one corollary of these developments was the emergence of powerful, localized constituencies of middle-peasants engaged in a kind of “machine-politics” aimed at regulatory capture around revenue, farm input and output supply and prices, as well as the long-term pressures toward shaping canal waters (and energy needed to move them) into an unpriced public good. This, then, is our broad argument: capital accumulation significantly follows state intervention and subsequent captures of state intervention. What we are pointing to is not only the skewed geography of state inputs, but also the regulatory capture of these inputs by certain groups. The upper Gangetic Plain is a regional variation of a wider theme of capture of state inputs by other middle-peasant groups in what are now the more urbanized regions of the country.

As a riparian region with reliable monsoons, the lower Gangetic Plain was largely bypassed by colonial-era state inputs. This pattern would be repeated and exponentially exacerbated in the aftermath of Indian independence with the agricultural modernization program of the Green Revolution. This program was undertaken as an emergency measure in response to a series of food and price inflationary crises of the 1950s and 1960s in drought years, which significantly challenged India’s balance of payments situation and the state’s attempts at industrialization. As our research reveals, agronomists and economists tasked with selecting the pilot Intensive Agricultural Development Program (IADP) districts re-iterated the supply-side solutions of their colonial predecessors. In northern India, it was the regions with an “assured supply of water”—the canal districts and districts benefiting from the new multi-purpose dam-building wave of early independence—that became the first recipients of the Ford Foundation’s “package plan.” Once these measures of the 1960s had succeeded in solving India’s food supply crises, the Indian state simply moved away from meaningful intervention in other agrarian territories.

Given the critical role these territories play in the landscape of inflation and prices, middle peasant factions exploded onto the national electoral stage from the 1980s onward. These agrarian constituents captured arena politics and state apparatuses at a crucial moment when integration of Indian agrarian markets with global markets brought down output prices, thus making agrarian surpluses all the more reliant on state intervention. It is also in the upper tiers of these middle farmer constituencies, with their ability to secure regulatory changes through the capture of legislatures, that we see a shift from agrarian exit toward real estate. In other words, our research reveals a remarkable path legacy from the late colonial period: the same territories that were the principal beneficiaries of colonial-era canal irrigation then became thriving Green Revolution regions, and they are now sites of intense land speculation.

The lockdown has laid visible these unequal geographies. Indeed, the suspension of interstate transport itself is an expression of these geographies, with state governments in the more urbanized regions complying with pressures from the real estate sector (a major source of political rent) to “kettle” workers, preventing them from returning to their villages in the bypassed regions, so that production could immediately restart when the lockdown was lifted. All too abruptly, Manikpur revealed itself as an essential hinge between these two geographies that have now come to overlap as a geography of inequality—capital migrating from the upper tiers of agrarian production in semi-arid regions, and labor migrating from the lower, peasant tier of the “rainfed dystopias” of the lower Gangetic Plain.

Sai Balakrishnan is Assistant Professor in Urban Planning at Harvard Graduate School of Design, and author of Shareholder Cities: Land Transformations Along Urban Corridors in India (University of Pennsylvania Press, 2019).

Arindam Dutta is Professor of Architectural History at MIT. He is currently at work on a book titled The Liberal Arts after Liberalization: Sahmat 1989-2019.