Rethinking Undergraduate Education in the IITs 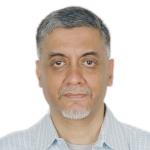 The Indian Institutes of Technology (IITs) were founded almost five decades ago with the objective of providing technological leadership to a new and resurgent India, driven by Nehru’s deep commitment to science-led development. Whether they provided technological leadership to India or not remains debatable given the large numbers of their (under) graduates who have migrated abroad or have shifted to non-technical careers. India has changed much since the Nehruvian vision, begging the questions: how have the IITs adapted and how relevant are these institutions today, in particular their core undergraduate programs? IIT undergraduate education and academic culture inside the institutes are being reshaped to an unprecedented degree by factors that operate at points of entry and exit – the former related to the famous Joint Entrance Examination (JEE), and the latter arising from placement patterns dominated by non-technical jobs.

The core challenge at the entrance level has to do with the overt and subtle effects of coaching factories. Today, almost all students admitted have undergone some kind of coaching. Children are often enrolled for four to five years of coaching, starting as early as middle-school. The result is much greater burnout, loss of creativity, and eventual loss of interest in science and technical subject matter, though coaching helps overcome the multiple deficiencies of school teaching in India to some degree.

However, the negatives become apparent when students enter high school and succeeding in competitive examinations becomes an all-consuming goal. At one level, the sheer volume of work leaves little time for other interests and the joys of a “normal” adolescent life. The regimentation of solving large “banks” of problems leaves little room for creativity or curiosity. Students become adept at learning how to answer questions but are at a loss on how to ask questions – especially ones that matter. The intense, competitive pressure creates an atmosphere ripe for generating severe anxieties, and often a deep sense of inadequacy and humiliation. To be sure, this hyper-competitive experience is not different from the ordeal that students in several other Asian countries undergo. However, due to cultural and social specificities students face different challenges in different countries. Once they enter the IITs, many students desire to rediscover normalcy in some sense, even as they negotiate the challenges of the institutions.

The initial question students confront is why and what should they learn. First, unlike the past, almost everyone plans to take a job and not go to graduate school (these numbers have diminished rapidly over the last decade). Second, the jobs they aspire to are in finance, consulting, software, and more generally, “managerial” positions. These jobs rarely have any subject-related technical content but their pay packages are substantially higher than technical jobs. These are the preponderant jobs. There are far fewer openings for core technical jobs. Most job offers come from “business analytics” firms and finance companies where the role is to crunch numbers on spreadsheets. While companies in these service sectors are usually satisfied with their IIT recruits, students, especially ones with middling academic records, are happy to do this, and usually enroll in an MBA program later on. They have a certain facility with math (which IIT JEE selects for), are tech-savvy, and fairly quiescent as long as the job pays well. Out of the small number of students who end up taking core jobs in their technical branch, most are often embittered about the lower paying – and lower status – technical jobs. From a student’s perspective, there is little point in mastering technical material relating to, say, mechanical, chemical, or civil engineering, or even physics or chemistry since it has little relevance to their aspirations.

As students make their way through the first year, they run into that great fount of established wisdom: seniors. They rapidly pick up tips on what kind of jobs pay best, the general irrelevance of scientific and technical material, how to traverse the academic system with minimal effort – working hard on academics is “uncool” – and the importance of participating in all kinds of “personality development” activities (the crowning glory being a “student festival” manager). Littered along this path are the great new digital temptations: movies, TV shows, pornography, video games, music, web-surfing, and social media. Then there are “officially” sanctioned interests to pursue, among which the business schools established within the IITs and the innovation/technology incubation centres have the most impact.

The “greed is good” mantra that students pick up while dreaming over pay packages also comes loaded with “legendary” tales about how an alum made so much money in his first job or which startup was sold for how many millions to a bigger software company. They fail to ask if pursuing entrepreneurship must come at the cost of academic integrity and a crippling loss of core competence. The legends merely serve as a rationalization for shirking academic work and using unfair means. As a result, students in their second year are writing business plans or planning to do some project or short course in business school while developing a disdain for learning technical subjects and basic fundamental science material such as, physics, chemistry, and mathematics. This, naturally, leads to an even greater disconnect with technical courses.

In the end, only those few students who have, relatively speaking, not been affected by this discourse – much hyped pay packages, dreams of swift entrepreneurial success and personality development – retain the ability to continue building their technical knowledge. A significant majority of students muddle through their studies, cut corners – cheating is no longer rare, indeed it is seen as entrepreneurial – and fail to attend classes. Sadly, poor teaching and lackluster faculty have also contributed to this apathy. We now have a vicious cycle of student disinterest and faculty indifference feeding into each other.

Viewed from the outside, the IITs have managed to retain a glowing patina because every graduating student finds some placement and students rarely remain unemployed. However, that says more about the quality of the rest of Indian higher education than the IITs, per se. The reality is that these institutions are producing engineers, using large amounts of public money, who rarely use the knowledge and training acquired in their IIT education. Indeed, if enrollment in most core branches of IIT engineering was slashed by say two-thirds and, instead, a large mega-program on data analytics was created, there would be a much closer match between what is taught and the jobs that students end up taking!

One could argue that a large number of students graduating with engineering degrees in the U.S. also end up in non-technical fields, prized more for their analytical skills than domain knowledge. However, unlike U.S. institutions, the IITs have shown very little will and the means to quell student disinterest, faculty apathy, and the entire academic malpractices syndrome. While the aspirations of students everywhere may be similar, the academic environment and the work ethic can be quite different, ultimately affecting the intrinsic “quality” in terms of core competencies, ethical standards, and even analytical skills of the graduating students. Simply put, the IITs need to enforce accountability towards learning and academic integrity, despite the coaching and placement issues.

India’s technical education leadership and policy makers need to ask some hard questions about the role of IITs in the twenty-first century. If they are to regain a zest and excitement for learning and knowledge creation, how many science and engineering graduates does India need in the classical engineering disciplines? Can a more interdisciplinary restructuring of the undergraduate program reignite interest in academic work? Over the long term, the questions are even harder: How does the country drastically overhaul primary and secondary education, given that what happens upstream is bound to affect the flow downstream? How does India build a more dynamic manufacturing sector to create job linkages that will facilitate better use of the immense technical talent the IITs were set up to provide?

Perhaps most critically, can India emerge as an economic superpower if it cannot leverage its best institutions to participate in nation-building? Without a fundamental re-think, simply expanding student numbers in existing institutions or opening new IITs is unlikely to achieve this goal.

Anurag Mehra is a Professor of Chemical Engineering at the Indian Institute of Technology (IIT) Bombay. He is a Summer 2014 CASI Visiting Scholar.