"U.S. Strike on Taliban Leader Is Seen as a Message to Pakistan," Mark Landler & Matthew Rosenberg. The New York Times, May 23, 2016

"Pakistan Condemns US Drone Strike that Killed Taliban Leader Mansoor," The Guardian, May 24, 2016

"An Assassination That Could Bring War Or Peace," Barnett Rubin. The New Yorker, June 4, 2016 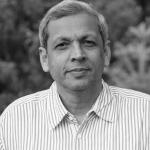 Did Pakistan facilitate the May 21, 2016 killing of Mullah Muhammad Mansour because the Taliban chief refused to join peace talks with Kabul? Mansour’s obstinacy was, after all, preventing Islamabad from delivering on its promise to the Quadrilateral Coordination Group (QCG) to bring the Taliban to the dialog table. Was the drone strike that killed Mansour a wasted effort, given that his successor, Mullah Haibatullah Akhundzada, is equally disinclined to barter away battlefield gains in a political settlement that would leave most power with the “puppet regime” in Kabul? Given the Taliban’s stubbornness, did the Pentagon miss out on a Heaven-sent opportunity to strike the Taliban leadership when they met to choose his successor?

The answers to these questions, while necessarily speculative, are broadly discernible from the sequence in which events played out. Three days before the attack, the Taliban had boycotted peace talks with Kabul, organized in Islamabad by the QCG—which included the U.S., China, Afghanistan, and Pakistan. Since Mansour’s elevation as the Taliban chief last July, this had been his consistent response to dialogue proposals, mirroring the attitude of his predecessor, the Taliban’s first chief, Mullah Muhammad Omar, who reportedly died in a Pakistani hospital in 2013. Embarrassed by Mansour, Pakistan’s foreign secretary, Aizaz Ahmed Chaudhary, toned down Islamabad’s previously unqualified support to the insurgent group, declaring on Friday, May 20th that Afghanistan needed to take stronger military action against the Taliban, which should also be offered “incentives” to come to the table. The next day, Mansour was killed.

Islamabad’s response to the killing was unusually muted; especially compared to its voluble outrage after Osama bin Laden’s killing in 2011. On Saturday, May 21st, soon after the Pentagon announced the attack, a pro forma statement from Islamabad regretted the “airspace violation.” On Sunday, Prime Minister Nawaz Sharif issued a mild reproof from London. On Monday, America’s ambassador to Pakistan, David Hale, was called in to the foreign ministry office in Islamabad and handed a demarche against the “violation of Pakistan’s sovereignty.” The same day, Interior Minister Chaudhry Nisar Ali Khan criticized the drone strike as “totally illegal, not acceptable, and against the sovereignty and integrity of the country.” This relatively strong condemnation placated conservative segments of the populace. Yet, significantly, not until Thursday did the most powerful man in the land, army chief General Raheel Sharif, break his silence, asking Hale to desist from unilateral actions.

Few have taken Pakistan’s protestations of non-involvement in Mansour’s killing at face value. The skeptics include Indian policymakers, whose bleak assessments of Pakistani double-dealing in Afghanistan have proven right over the years. New Delhi pundits are certain that the Pakistan Army (which controls policy on four areas: Afghanistan, India, the U.S. relationship, and “strategic assets,” which includes the nuclear arsenal and jihadi groups like the Lashkar-e-Toiba) sacrificed Mansour to signal to other Taliban factions, and to the next Taliban chief, that bucking the Pakistan Army, and its powerful Inter-Services Intelligence (ISI), would incur a heavy cost. Simultaneously, by denying any role in his killing, Pakistan could continue playing good cop to America’s bad cop, flavoring its leverage over the Taliban with a subtle touch of menace.

Pakistan’s obsession with Afghanistan stems from its conviction that India seeks influence in Kabul to “outflank” Pakistan and engage it on two fronts. This stymies Islamabad’s vaguely defined notion of “strategic depth,” in which the military relies on Afghan territory to compensate during wartime for Pakistan’s limited geographic depth. Pakistani analysts have also rationalized the need for influence and territorial access in Afghanistan in terms of alternative havens for jihadi groups; and, incredibly, even for housing nuclear weapons beyond the range of Indian strike aircraft. A former Pakistan military intelligence and ISI chief, Lieutenant General Asad Durrani writes: “Strategic depth is a sound concept. All countries strive to gain and retain it. It is not merely a geographical or spatial notion, but has many dimensions: military, economic, demographic, social, and political.”

The Taliban with influence in Kabul is central to Islamabad’s project for strategic depth in Afghanistan, given that Pakistan is widely reviled amongst other groups in that country as a domineering neighbor. Even the Taliban is by no means an unquestioning proxy, preferring to follow its own interests rather than those of Islamabad. Yet, Pakistan realistically calculates that a Taliban toehold in Kabul is its best shot at retaining leverage and serving as a check on India, which is as popular across Afghanistan as Pakistan is reviled, particularly in the north.

For this, Pakistan has translated its influence over the Taliban leadership and the Haqqani Network into membership of the QCG, from where it could influence the formation of a convenient post-conflict government in Afghanistan. Pakistan’s National Security Advisor, Sartaj Aziz told a Washington audience in March: “We have some influence on them because their leadership is in Pakistan, and they get some medical facilities, their families are here. So we can use those levers to pressurize them, to say, ‘come to the table’.” Islamabad’s undisguised opportunism suited everyone in the QCG: Kabul desperately wants a settlement with the Taliban; Beijing is backing close ally, Pakistan, to create the post-conflict stability in which China could economically exploit Afghanistan; and Washington hopes the Taliban’s inclusion in a broad-based government would provide a fig leaf of respectability to its withdrawal from Afghanistan. The 9,800 U.S. soldiers currently in Afghanistan need to be drawn down to 5,500 by the start of 2017.

This applecart was upset by the Taliban’s flat refusal to join peace talks with Kabul, jeopardizing Pakistan’s place in the QCG, and also its game plan for Afghanistan. Even if the Pakistan military did not actually pulled the trigger on Mullah Mansour, the khaki-clad generals in Rawalpindi who Mansour was defying would have shed few tears.

The question of who actually killed Mansour has three possible answers. First, it could have been a unilateral American attack, riding on the experience gained during years of armed drone operations that have decimated the jihadi leadership in Pakistan’s Federally Administered Tribal Areas (FATA). The Mansour strike occurred in neighboring Baluchistan that, like FATA, would have very thin air defenses, given that the bulk of Pakistan’s assets guard against pre-emptive strikes by India on the eastern front.

The second possibility is a fully Pakistani military operation. That would have required supplying Pakistan the American platforms and systems needed for unmanned strikes—unlikely, given the current trust deficit. Furthermore, Washington knows maintaining security is difficult in the leaky Pakistani system.

The most likely possibility is a joint U.S.-Pakistani operation. Unlike the bin Laden operation, this time American and Pakistani interests strongly converged. Both needed to send the Taliban leadership a message: comply or die. Pakistani ground intelligence would have helped place the crosshairs of an American drone on Mansour, since the CIA has no ground intelligence network in Baluchistan of the kind it painstakingly developed in Khyber-Pakhtunkhwa.

Mansour’s killing underlines that the Taliban is not so much a Pakistani proxy as an independent player guided by its own organizational interests. Proving many assessments incorrect, recent Taliban statements and actions (e.g. Akhundzada’s defiant rejection of talks) suggest that most Taliban leaders still see continued battle as the route to power in Kabul, rather than negotiating with a depleting enemy. This is not accepted by U.S. policymakers, who allowed the Taliban factions to meet unharmed, to select a new leader who would inevitably be as recalcitrant as the last. It was an opportunity lost.

Ajai Shukla is a Consulting Editor on Strategic Affairs with the Indian business daily, Business Standard, and a CASI Spring 2016 Visiting Fellow.