Rethinking the Developmental Capacities of the Indian State 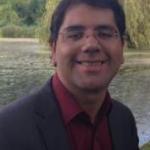 Narendra Modi’s election, now four years ago, brought tremendous optimism to many observers of the Indian economy. Finally, the man who many thought had achieved economic miracles in Gujarat would govern India with similar discipline, encouraging both domestic and foreign investment and thus unleashing the full potential of the market to drive India’s economic transformation. Four years later, however, Modi’s project of governance reform has stalled. Many of the most vivid reformist policies—demonetization and the introduction of a sweeping new sales tax—have been more symbolic than substantive. They may have even led to a slowdown in growth.

Despite Modi’s earned reputation as a committed and hardworking public servant and despite strong legislative majorities, there is little evidence that the Indian government is becoming more effective in governing the economy under his leadership. As The Economist has noted, Modi has turned out to be “less a reformer as a nationalist firebrand.” The BJP’s ongoing electoral mobilization—in contests for state legislative assemblies and in the upcoming 2019 elections—has increasingly emphasized ethnic nationalist appeals over promises of economic transformation.

Modi’s inability to reform and thus transform the Indian economy is, however, not a personal failing. Rather, it is the consequence of much larger structural changes in the ways that the Indian state engages with the economy, ones that are embedded in the nature of liberalization in the 1990s. To understand the nature of these changes and how they add up to the impossibility of economic transformation through institutional reform in contemporary India, we should reevaluate economic governance during a period in the life of the Indian economy when the state was much more powerfully interventionist: the Nehruvian era.

At independence in 1947, India was a poor and overwhelmingly agrarian society. Nationalist leaders recognized the need to implement policies to enable rapid industrial development, to shift capital and labor from low- to high-productivity economic activities, in order to raise living standards and fulfil the promise of independence. While these policies led to what is known pejoratively in India as the “license-permit-quota raj,” for the many different ways that the Indian state regulated the economy and restrained market forces, there were quieter ways in which such state intervention enabled and facilitated the growth of Indian industry. Trade and foreign exchange policy protected infant industries and allowed Indian companies to import capital machinery and raw materials to make in India what had previously been imported. Industrial relations were managed by institutions of the state and the Congress party that mediated the interests of employers and organized labor. Perhaps most importantly, state-sponsored development finance institutions directed long-term capital to industrial enterprises, both in the public and the private sector, that could invest in long-term productive activities. Some of the most storied multinationals in India today, from the Tata Engineering and Locomotive Company (now Tata Motors) in cars to Cipla in pharmaceuticals, began with significant financial and institutional support from the Indian government. This support had concrete outcomes; it is rarely acknowledged that in the heyday of statist development, from the mid-1950s until the mid-1960s, annual industrial growth averaged 6.9 percent.

The era of state-directed development in India was not without its problems. As Atul Kohli and Vivek Chibber have documented, the Indian government’s efforts to transform its economy have not been as successful as countries in East Asia. And many of these statist institutions declined in the 1970s and 1980s in the face of higher energy costs, labor militancy and the political ascendance of groups—like farmers—unhappy with a focus on industry. During those decades, too, Indian politics fractured into a multiparty system, with many different constituencies demanding the resources that could previously be reserved for industrialization.

After two decades of drift and stalled attempts of reforming a sclerotic system, most commentators on the Indian economy welcomed the liberalization in 1991, which drew the state out of directing the economy. These reform policies coincided with an increase in economic growth, leading many to argue that the former caused the latter by unleashing “animal spirits” that had previously been shackled by government regulation. Yet what commentators may have missed is that the state is much less equipped now to provide the resources and political direction necessary to effectively support industrial development. What remains is an economy with great potential and many local successes, but no overall coordination over industrial policy.

Modi was, in part, elected on the promise of correcting this absence. But the difficulty of institutional reform leading to transformative outcomes is that the government has fewer carrots and much fewer sticks now, compared to decades ago, to direct the economy’s efforts toward long-term production. Indian financial corporations, focusing on what will most reliably create the most stable returns, place their capital in utilities, consumer lending, or real estate. India’s great industrial corporations have diversified from core manufacturing into groceries, banking, and technology services. Foreign direct investment, rather than using India as a base for manufacturing and innovation, views India as a growing market for middle-class consumer goods or as a source of mineral wealth.

More broadly, the relationship between government and business is bound up in rent-seeking, with particular politicians helping particular businesses by providing them with licenses or regulatory favors, often in exchange for campaign contributions or other gifts. The fact remains that while specific governments and its members can help specific businesses, there is little that government as a whole can do for industry as a whole. This modifies and extends Kohli’s characterization of the Indian state as “pro-business” rather than “pro-market”: the Indian state, or individual politicians, support some businesses, particularly in sectors thick with rents, but remain powerless to help others, such as in high value-added manufacturing.

We make a huge mistake by focusing, as many liberal and conservative commentators have, on the mantras of “reform”: that the right rules, properly implemented, will naturally unleash the potential of the Indian economy, and that the only problems of the economy are corruption and inefficiency. Rather, the challenges of industrial development are issues of the distribution of resources, how to direct them, and who benefits—questions, in other words, of politics. These political questions are at once central to the politics of development and are often ignored in favor of “getting the institutions right.”

This should be interpreted as a call to public action. The Indian government must reacquire its old capacities, or fashion new ones, in order to coordinate actors and direct the economy toward activities with greater scope for long-term productivity. This requires a recommitment to public purpose and investment, a new vision for the future of an inclusive and dynamic Indian economy and the means to communicate and realize that vision to Indians across language, class, caste, and occupation.

Adnan Naseemullah is a Lecturer in International Relations at the Department of War Studies and the India Institute, King's College London, and the author of Development After Statism: Industrial Firms and the Political Economy of South Asia (Cambridge University Press, 2017).