"India's Strategy of IT-Led Growth: Challenges of Asymmetric Dependence," India in Transition, Center for the Advanced Study of India, Summer 2005.

"Extending India's Leadership of the Global IT and BPO Industries," NASSCOM-McKinsey Report. 2005. 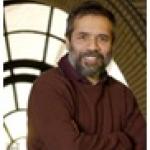 It is commonplace to call Bangalore India's Silicon Valley. Many Indians and non-Indians alike seem to be quite ready to believe that India's software success story is just a variant of American success. Even many thoughtful scholars, who recognize the significant differences between Bangalore and Santa Clara, nonetheless believe that because software activity in India is clustered, one must look to theories of industry clusters to understand what is going on. Instead, Indian software exports are clustered in states which graduated a large number of engineers in the mid 1980s, when software exports began. Furthermore, these states were able to graduate more engineers because they permitted private self-financed engineering colleges to operate.

To explain industry growth, cluster theories emphasize forces such as information flows, networks of specialized firms, and the synergistic creation of new ideas. The role of an anchor university (such the Indian Institute of Science or Stanford University in Silicon Valley) or government labs (such as HAL, ISRO, and others in Bangalore) are also highlighted. Undoubtedly, there is some truth to these theories. Bangalore is probably a more exciting place for a young software developer than Bareilly. But there is a lot more to the story. A key prediction of cluster theories is that clusters are self-reinforcing, so that a region with a head start will pull away from other regions. Yet, as Suma Athreye at Brunel University points out, at least until the mid 1990s Bombay was a more important cluster than Bangalore.

The point, however, is not to set up an artificial horse race between Bangalore and Bombay. Rather, it is to understand why the software industry is concentrated in these areas. To do so we have understand the reasons for India's software success. India is not alone; both Ireland and Israel (the other two "I" countries) have done exceedingly well in software exports as well. Like India (but unlike China and South Korea which also have developed large IT sectors), until 1990 these "I" countries were economic underdogs, yet they chose different routes to develop a vibrant software sector. However, one important commonality among them is that they all had a plenitude of engineers. While Israel and Ireland have relied heavily on public investments in higher education, India has relied upon private engineering colleges, the much touted IITs notwithstanding.

The growth of private engineering colleges in India is remarkable. Between 1985 and 2004, engineering college enrolment increased from 59 per million people, to 405 per million- an increase of nearly eight fold. Before 1981, the bulk of these engineering seats were in publicly funded colleges. Since then, well over 80 percent of the new capacity has been in privately funded colleges. Although the first such college opened in Karnataka in 1957, the true entry process can probably be dated to 1979, when a large number of private colleges opened. The first private college started in Andhra Pradesh in 1977, in Maharashtra in 1983, and in Tamil Nadu in 1984. As a result, Andhra Pradesh, Karnataka, Maharashtra and Tamil Nadu accounted for almost three-quarters of total engineering college capacity in the entire country in 1990.

Many of these new engineering colleges are of poor quality, with inexperienced teachers and weak physical infrastructure. How could their graduates, young and ill-trained as they often are, have fuelled India's software boom? In the answer lies the key to understanding the true roots of India's rise as a software power. The leading Indian software firms- TCS, Infosys, Wipro, Satyam, HCL and others- have developed the ability to use bright, but inexperienced and poorly trained, engineers to provide software and other IT services to their clients. They are leveraging an abundant resource in India, and thus can offer their services more cheaply than their American or European competitors.

Arguing over the reasons that certain states have succeeded as software exporters is more than just an academic quibble. Policymakers in many countries and regions, anxious to have their own high-tech success, are only too willing to swallow the nostrum that to get high-tech, one needs some technology parks, a couple of technology incubators, venture capitalists to catalyze the reaction, and the odd government bureaucrat to smooth the way. Multinationals can be added to increase the potency of the mix. This recipe, for all I know, may be a good one. But it is not why the Indian software industry succeeded. Instead, the Indian software success story is a simpler one of investing in human capital and allowing the entrepreneurial energies of Indians a freer reign.

But profit-seeking enterprise is not the complete answer either. Indian universities are in poor shape. If they are to continue to serve as one of the engines of Indian economic growth, they need investment, care and attention. It is customary to call on the government to do more, and surely it must. But the great colleges and universities of the world rarely flourish as appendages of the government. It is time for the private sector to step forward and invest in education, this time not for immediate profit, but in a spirit of enlightened self-interest.

Ashish Arora is Professor of Economics and Public Policy at the Heinz School of Public Policy and Management, Carnegie Mellon University and coeditor of From Underdogs to Tigers? The Rise and Growth of the Software Industry in Brazil, China, India, Ireland, and Israel, (Oxford University Press, 2005).