Government of or by Apps? Mobile Infrastructures in "Digital" India

in partnership with the South Asia Center & Penn Anthropology 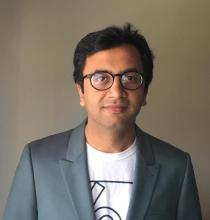 In 2018, the business magazine The Ken gave the Indian government the epithet "App Sarkar." Since 2013, the government has put up over 900 apps in its play store compared to only about 200 by the United States. There are apps by ministries that go by names such as Ujala, Vidyut, and Tarang; apps by the Prime Minister's office; a potato cultivation app, an app for toilet rating and many hundreds of more apps that aim to mirror the social life of the government. And yet, India has never been on the forefront of Information and Communication Technologies (ICT) adoption for the work of government, let alone success with its use. In fact, its rank has been consistently low on comparative, cross-national dashboards. Everyday experience with government technology, as multiple popular and scholarly writings have described, is also one of delays and breakdowns and not of ease and access that apps often portray.

Locating the proliferation of apps in the broader history of electronic governance in India, Hasan asks: what drives this desire for apps?  Specifically, what might mobile apps be doing to the material politics of governance, even without meeting the putative goals of "good governance" assigned to ICT adoption? Drawing on his fieldwork, conducted between September 2018 and August 2019, among bureaucrats, engineers, and consultants coalescing around programs for digital governance in southern India, he makes three inter-related observations. First, one reason why apps are proliferating is because they ironically give an opportunity to bureaucrats to escape the bureaucracy of technology procurement. Second, apps further an entrepreneurial form of governance even as they encounter and sometimes fall flat against an older political economy of paper. Third, apps show that the design of technology plays a role in their adoption, an element not centrally considered by the dominant literature on e-governance, which has overbearingly focused on socio-political conditions for technology adoption.

About the Speaker:
Nafis Aziz Hasan is a Postdoctoral Research Fellow at CASI. His research examines the techno-politics of digital media, material politics of public institutions, and technological policies for governance with a regional focus on India. Prior to CASI, he worked on his Ph.D. in socio-cultural anthropology at UCLA, in which he examined the technologies, labor, and politics in the adoption of digital forms by colonial-era Indian administrative bureaucracies.

Nafis has conducted prior field research on biometric governance, the politics of welfare and development, and school education policy in various parts of India, including the northeast. His writing has appeared or is forthcoming in various scholarly journals and in the popular media. He has contributed chapters in books and is currently working on a co-authored book on the material histories of digital technology in India, along with articles from his dissertation.

Nafis brings his diverse work experience—research and teaching at Azim Premji University, research at the Centre for the Study of Culture and Society, and data analytics in the information technology sector—to bear on his critical praxis.