The Indian Media from the Inside Out 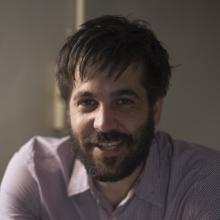 About the Speaker:
Jonathan Shainin is the Online News Editor at The New Yorker. From 2010 to 2013, he was the Senior Editor of The Caravan, India’s first narrative journalism magazine, now widely regarded as one of the country’s most prestigious publications.

About the Lecture:
The heightened scrutiny accompanying an impending general election has brought renewed attention to the state of the Indian media, including a panoply of complaints about its political biases, financial arrangements, sensationalist tendencies, and professional ethics. These criticisms are not without validity, and yet they represent a partial and often misleading picture of the press and its role in contemporary Indian society and politics. The failure to understand the workings of the media begins, in most cases, with a lack of knowledge about the actual practice of journalism in India today. Who decides which stories are “news” and which remain untold? What determines the prominence of certain items and narratives on the front pages of newspapers or television broadcasts? The frequently voiced disdain for journalists and the media reflects, in part, an awareness that these processes are not “objective” but misunderstands both the inner workings of the media and the complex forces that act upon journalists, editors, and proprietors. At the same time, analysis of the media tends to minimize, or completely ignore, the nature of its interaction with other dominant institutions in Indian public life. To understand both the woes of the Indian media and its role in democratic discourse, we must see it, first and foremost, in the context of a broader political and social ecosystem, not simply as an independent observer, and dutiful transcriber, of facts and events.