Can Umbrella Parties Survive? The Decline of the Indian National Congress 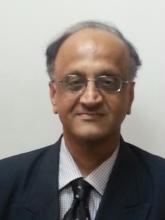 About the Speaker:
E. Sridharan is the Academic Director of the University of Pennsylvania Institute for the Advanced Study of India (UPIASI) in New Delhi, from its inception in 1997, and was earlier with the Centre for Policy Research, New Delhi. He is a political scientist with research interests in the party systems and coalition politics, political economy of development, and international relations theory and Indian foreign policy. He is the author of The Political Economy of Industrial Promotion: Indian, Brazilian and Korean Electronics in Comparative Perspective 1969-1994 (1996); and has co-edited (with Zoya Hasan and R. Sudarshan) India’s Living Constitution: Ideas, Practices, Controversies (2002; 2005); co-edited (with Anthony D’Costa) India in the Global Software Industry: Innovation, Firms Strategies and Development, (2004); co-edited (with Peter de Souza) India’s Political Parties (2006); and edited The India-Pakistan Nuclear Relationship: Theories of Deterrence and International Relations (2007), International Relations Theory and South Asia, Vols. I & II (2011), Coalition Politics and Democratic Consolidation in Asia (2012) and Coalition Politics in India: Selected Issues at the Centre and the States (2014). He has published over sixty-five journal articles and chapters in edited volumes and has held visiting appointments at the University of California, Berkeley, London School of Economics, Institute of South Asian Studies of the National University of Singapore, and Institute of Developing Economies, Tokyo. He is the Editor of India Review, a refereed Routledge journal, and is on the Editorial Advisory Board of Commonwealth and Comparative Politics. He earned his Ph.D. in political science at the University of Pennsylvania.

About the Lecture:
Based on a paper co-authored with Adnan Farooqui (Assistant Professor of Political Science, Jamia Millia Islamia University) this lecture analyses the defeat of the Congress party in the India’s 2014 election in which it plummeted to its lowest ever vote share (19 percent) and seat tally (44 of 543). Dr. Sridharan examines whether the defeat in 2014 was due to unusual circumstances of that election or whether the defeat of the Congress party in 2014 is the end result of a long-term gradual decline, punctuated by recoveries that began much earlier. He will look at the data as to whether the Congress was gradually becoming less competitive in more and more states and constituencies as indicated by its falling to a third or worse position in national and state assembly elections in these states, and national elections in such constituencies. He will relate this to the desertion of the party by social groups that once supported it – upper castes, Dalits, Muslims and others – in a number of states. The larger question is whether a Congress-type encompassing umbrella party can survive the sharpened politicization of social cleavages, in the Indian case, religious, caste, and regional cleavages since such a party will tend to lose out to religio-ethnic and regional parties in ethnic and regional identitarian outbidding, and will tend to lose some of its voter base to such parties.