A Virtual Book Talk with the Author

in partnership with the South Asia Center & the Andrea Mitchell Center 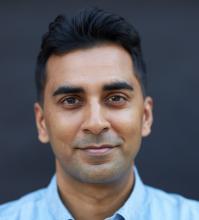 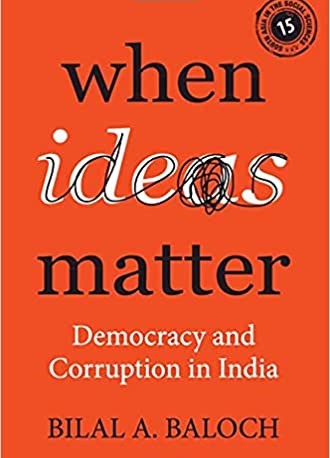 About the Book:
How do ideas shape government decision-making? Bilal Baloch will be speaking to this question based off of his recent book, When Ideas Matter: Democracy and Corruption in India (Cambridge University Press, 2021). Comparativist scholarship, Baloch argues, conventionally gives unbridled primacy to external, material interests-chiefly votes and rents-as proximately shaping political behavior. These logics tend to explicate elite decision-making around elections and pork barrel politics but fall short in explaining political conduct during credibility crises, such as democratic governments facing anti-corruption movements. In these instances, he shows, elite ideas, for example concepts of the nation or technical diagnoses of socioeconomic development, dominate policymaking. Scholars leverage these arguments in the fields of international relations, American politics, and the political economy of development. But an account of ideas activating or constraining executive action in developing democracies, where material pressures are high, is found wanting. Resting on fresh archival research and over 120 original elite interviews, including an extensive deep-dive with former-Prime Minister Manmohan Singh, When Ideas Matter traces where ideas come from, how they are chosen, and when they are most salient for explaining political behavior in India. Baloch examines two fascinating cases to explore the themes of his book: the 1975 Emergency and Indira Gandhi's response to the Jayaprakash movement, as well as the Manmohan Singh-led UPA government's stand-off with the India Against Corruption movement in 2012.

About the Author:
Bilal Baloch is Co-Founder and COO of Enquire AI. Prior to this, he was a Lecturer and Regional Director of the South Asia and Middle East & North Africa program at the Lauder Institute, Wharton School. From August 2017 to June 2019, he was a CASI Postdoctoral Research Fellow. At CASI, Bilal focused on the political economy of government decision-making in India and other developing democracies. His book, based on his doctoral and postdoctoral work, When Ideas Matter: Democracy and Corruption in India, was published by Cambridge University Press in Fall 2021.

Prior to earning his Ph.D., Bilal was Chief of Staff to Dean Vali Nasr at the Johns Hopkins School of Advanced International Studies (SAIS) in Washington, DC. While at SAIS, he co-founded the annual SAIS Emerging Markets Series alongside former First Deputy Managing Director of the IMF, John Lipsky. He also assisted in editing and contributed research toward Nasr’s book, The Dispensable Nation: American Foreign Policy in Retreat (2013). Bilal has taught undergraduate and graduate courses in international security, political economy, and comparative politics at Tufts University and the University of Pennsylvania.

Bilal completed his undergraduate studies in philosophy, logic, and the scientific method at The London School of Economics where he was the Anthony Giddens Scholar, and holds a Master’s degree in international relations from the Fletcher School of Law and Diplomacy at Tufts University, where he was the Samuel J. Elder Scholar. He earned his doctorate in political science with graduate funding from Oxford University. You can follow him on Twitter @BilalABaloch