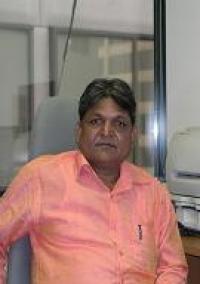 Chandra Bhan Prasad is widely regarded as the most important Dalit thinker and political commentator in India today, advocating on behalf of the more than sixteen percent of India's population who have historically been regarded as untouchable by orthodox Hinduism. Mr. Prasad is a research affiliate on CASI's Dalit research program and serves as a key advisor to the Dalit Indian Chamber of Commerce and Industry (DICCI). He was the first Dalit to gain a regular space in a nationally circulating Indian newspaper, more than fifty years after India's independence, quickly attracting national attention and widespread readership. His weekly Dalit Diary has been a regular feature of the Delhi-based English language newspaper The Pioneersince 1999, and is routinely translated into numerous other major Indian languages. His articles and books are used by South Asia faculty in universities throughout the world to question longstanding assumptions about caste and Indian society. Prasad studied at Jawaharlal Nehru University in Delhi, where he completed his M.A. and M.Phil. His story and writings can be seen at his personal website: www.chandrabhanprasad.com.