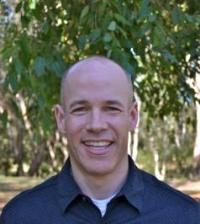 Andrew B. Kennedy is Senior Lecturer in Policy and Governance at the Crawford School of Public Policy at the Australian National University. His research focuses on international politics in Asia, with particular interest in Indian and Chinese foreign policy. He is the author of The International Ambitions of Mao and Nehru: National Efficacy Beliefs and the Making of Foreign Policy (Cambridge 2012), and his writings have also appeared in International Security,Survival: Global Politics and Strategy, The China Quarterly, Asian Survey, The Washington Post, The Japan Times, and The Christian Science Monitor. Andrew received his Ph.D. in 2007 from the Department of Government at Harvard University, where his dissertation received the Edward M. Chase Award for the best dissertation on a subject related to world peace. He also holds a Master of Law and Diplomacy from the Fletcher School at Tufts University and a B.S. in Psychology from Duke University. Prior to his academic career, Andrew worked as a journalist and consultant in Taipei, Hong Kong, Beijing, and Washington, D.C.

We are pleased that Andrew will be in residence at Penn as a Visiting Scholar at CASI from January through February 2013.