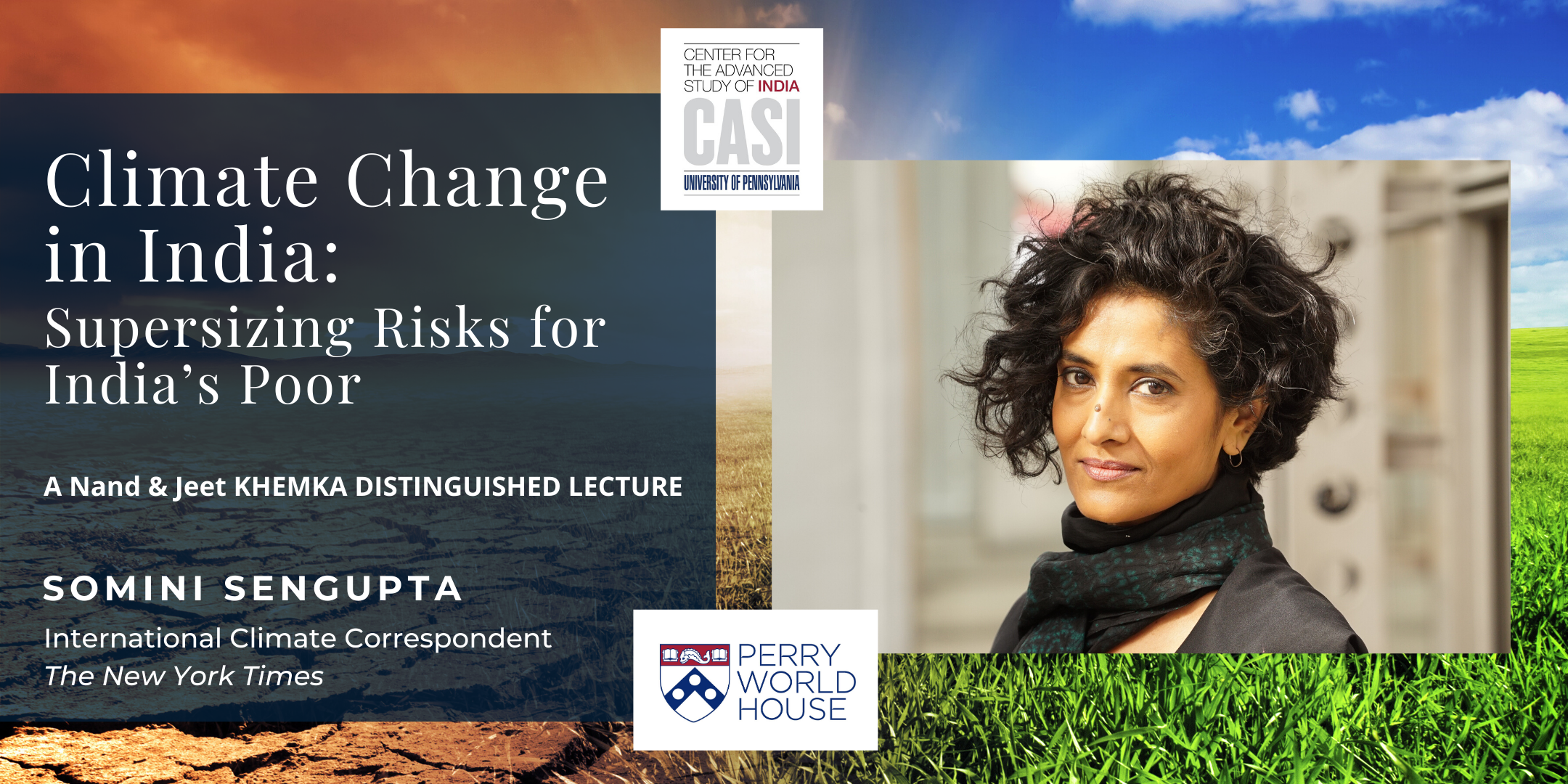 About the Speaker:
Somini Sengupta, the international climate correspondent for The New York Times, tells the stories of communities and landscapes most vulnerable to the effects of climate change. She is The Times' first South Asia bureau chief of South Asian origin. A George Polk Award-winning foreign correspondent, she has reported from a Himalayan glacier, a Congo River ferry, the streets of Baghdad, Mumbai, and many places in between. As The Times’ United Nations correspondent, she reported on global challenges from war to women's rights. She is the author of The End of Karma: Hope and Fury Among India's Young (W.W. Norton, 2016).

About the Lecture:
Decades of short-sighted government policies endanger the health and well-being of millions of Indians in the age of climate change. Temperatures are rising in already hot places, the monsoon season is increasingly unreliable, coastal cities confront a rising sea, and glaciers are receding in the Himalayas. Greed and government mismanagement only makes matters worse, endangering the health and well being of India's hungriest, poorest people.