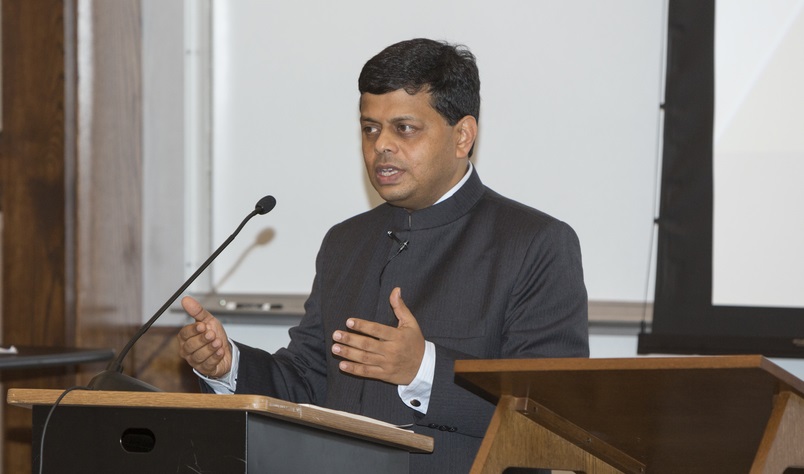 About the Speaker:
Aromar Revi is the Director of the Indian Institute for Human Settlements (IIHS) and an alumnus of IIT-Delhi and the Law and Management schools of the University of Delhi. He is an international practitioner, consultant, researcher, and educator with over 30 years of interdisciplinary experience in public policy and governance, political economy of reform, development, technology, sustainability, and human settlements.

Revi has led over 100 major research, consulting, and implementation assignments in India and abroad; has published 60 peer reviewed publications and books; lectured and taught at over 35 of the world’s leading universities and think tanks across 6 continents; helped structure, design, and review development investments of over $8 billion; worked on 3 of the world’s 10 largest cities; and across all of India’s 29 states and in multiple international assignments in half a dozen countries.

He’s the Editor of a new international journal Urbanisation (Sage) and on the Editorial Boards of the International Journal of Urban Sustainable Development (Taylor and Francis) and Urban Climate (Elsevier).

About the Lecture:
Contemporary India is a newcomer to the 20th century wave of urbanization that swept through Europe, the Americas, and later East Asia. For many decades, it was imagined and governed as a poor country that lived and grew in its villages. Yet, India emerged as a developmental outlier, with a service-sector led economy concentrated in urban areas; a large but relatively weak manufacturing sector; but over half of its 1.3 billion people dependent on a highly dispersed, low productivity agrarian economy under considerable economic and ecological stress.

About two-thirds of India’s $2 trillion economy comes from urban areas. As it becomes demographically half-urban over the next three decades, a key set of questions emerge: Can Indian urbanization alter its development trajectory? What are the necessary economic, social, and political conditions that constrain, impact, and enable this change? How does urbanization affect those social, political, and economic drivers?

Aromar Revi's Khemka lecture examines the dynamics of India’s urbanization and the prospects of urbanization to enable social and economic change as well as environmental sustainability.