Federalism and Bureaucracy: The Original Design vs. a Culture of Centralization 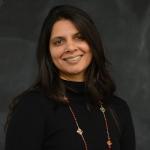 In January 2022, the Government of India proposed an amendment to the Indian Administrative Service (IAS) cadre rules, 1954, which would allow the Union government to command the services of an IAS officer in the “central” government overriding consent (as required by current rules) from the State government or the concerned bureaucrat. The proposal fast became a flashpoint in the center-state battleground. The amendments, State governments are arguing, fundamentally undermine the federal spirit embedded in the design of the All India Services (AIS). In doing so, they effectively centralize the bureaucracy.

The Failed Aspiration of Federalism and the Original Design
The AIS, of which the IAS is the most coveted, was designed to serve as the administrative conduit between Center and States, and in this sense remains core to the federal schema laid out within the constitution. In its original design, the IAS is meant to be “All India” in name and character. For this reason, the Center doesn’t have a cadre of its own. Instead it relies on a proportion of IAS officers who are “deputed” from States for a period of time. The objective is to ensure adequate representation of state priorities in policymaking decisions at the Center whilst ensuring that State administration engages with national challenges. Under this structure, accountability is shared between Center and State (or dual control in IAS parlance). Cadre management (recruitment and allotment) is under the central government; and through the bulk of their career, the IAS is expected to principally serve and, hence, be accountable to State governments for performance. This is how the federal balance was sought to be maintained. As an aside, the proposed amendments, by giving the Center powers to override State government views on transfers, upend this delicate balance.

In practice, a combination of political dynamics and the everyday realities of cadre management (balancing public interest, the needs of the “All India” character of the service, and personal life circumstances of officers) have undermined the original design objective of an “All India IAS” in name and character. Perhaps the original design tried to balance far too many considerations but, as a result, Cadre representation in the Center tends to disproportionately favor a cluster of states (Himachal Pradesh, Bihar, Kerala, and the North East) and vacancies at the central government level (compared with allotted posts) has always been large, particularly for junior posts (deputy secretary to joint secretary). In the present moment of heightened political centralization, these endemic challenges to the original design have proven a useful instrument to deepen centralization. Several key posts in the Government of India are now occupied by senior officers from the Gujarat cadre who were loyal to the Prime Minister in his Chief Ministerial avatar. Moreover, the persistent manpower shortage at the Center has created a legitimate opportunity for the proposed amendments. In addition, to bridge the manpower gap, several non-IAS cadres (forest and railways) have been empanelled and now occupy positions that were traditionally the IAS stronghold. There are differing perceptions about the significance and effectiveness of these changes. On one hand, removing the IAS stronghold in policymaking can indue much needed competition. On the other, it deepens centralization by undermining the objective of bringing state representation into national policymaking. Politically, it also builds regime-specific loyalty, thus breaking the dual control accountability structure.

Dual Control, Hierarchy, and Centralization: Welfare Schemes as an Illustration
One of the most visible forms of centralization in the Modi government is the increased direct engagement between bureaucrats at the Center and the grassroots. Aided by technology, a new accountability system is being crafted that bypasses the State government altogether. Through this direct accountability, welfare politics and credit attribution for welfare schemes have been centralized.

How has this been achieved? And why have the checks and balances of dual accountability built into the original design failed to contain this centralization? The answer can partially be found in Indian bureaucracy’s well-known penchant for rules, orders, and hierarchy—which privileges a culture of centralization in its everyday administration. It is not uncommon to hear bureaucrats across all levels of the administrative chain repeatedly describe themselves as “no more than post officers” responding to commands from their bosses. Getting “work done” in this culture is about command and control. “Command and control centers” form legitimate parts of the administrative departments in States and at the Center and are tasked with monitoring bureaucrats and tracking progress using the finest twenty-first century technology. Discretion is akin to encouraging corruption. In fact, the realities of corruption, inefficiency, and weak state capacity have, together, served to entrench command and control. Centralization is legitimized as a necessity for efficiency, checking corruption, and enabling accountability. Or as Lant Pritchett describes it, enabling “accounting” to substitute for accountability. This is one reason why decentralization to local governments is actively resisted by the bureaucracy. In this culture, for bureaucrats, direct engagement with grassroots is a legitimate, arguably necessary condition for ensuring an efficient and accountable administration. And the political masterstroke lies in the BJP’s ability to effectively leverage this centralizing accountability culture to their political advantage.

Bureaucrats have, thus, rarely been champions for the federal cause in everyday administration, contributing, perhaps inadvertently, to entrenching conditions for political centralization. This is best evidenced in the tug-of-war over Centrally Sponsored Schemes (CSS), the primary fiscal instrument through which welfare schemes are financed by the central government and through which welfare politics has been centralized. These schemes, although a political bone of contention between the Center and States, are designed by bureaucrats at the Center and have long entrenched a culture of administration that casts state governments as implementors, accountable for delivery to their central government bosses. Even basic expenditures are carefully controlled by the Center and, as a result, State governments have little incentive to invest in their own planning capacities. A vicious cycle has ensued. The lack of institutional capacity, particularly in poorer states in Northern India, legitimized central government bureaucrats’ role in micromanaging State activities. Without bureaucratic champions for deeper fiscal autonomy at the State level, political demands for greater fiscal devolution have not translated into deepened federalism. Despite two successive finance commissions recommending enhanced tax devolution to States and the rationalization of CSS to empower States to direct expenditure according to their felt needs and priorities, CSS continue to expand and dominate welfare expenditure. The stubborn persistence of the status quo is a consequence of the near perfect alignment between the prevailing bureaucratic culture and the political incentives for deepening centralization.

Yamini Aiyar is President and Chief Executive of the Centre for Policy Research (CPR), New Delhi.

This is the final article in this guest-edited IiT short series. The articles in this series seek to make sense of the many manifestations of political and economic centralization in India today, with a particular focus on the historical antecedents of India’s federal institutions and how greater centralization in these institutions is altering state-business relations, India’s welfare architecture, as well as electoral competition. In 2019, the Bharatiya Janata Party (BJP) returned to power with a thumping victory, winning 303 out of the 543 seats in the Lok Sabha. This marked the first time since 1984 that a single party won a majority of seats in back-to-back national elections, and the first time a party other than the Congress Party achieved this feat. This massive electoral mandate given to the BJP and Prime Minister Narendra Modi has evidently ushered in a period of nearly unprecedented political and economic centralization. Recent months have seen a rapidly deteriorating relationship between the Centre and many states in India, so much so that Louise Tillin has referred to the current situation as “a defining moment for the future of Indian federalism.”
(Guest Editor: Neelanjan Sircar, CASI Fall 2021 Visiting Scholar; Senior Fellow, Centre for Policy Research)