"Is RSS Still a ‘Cultural’ Organisation?" Walter Andersen. The Hindu: Business Line, May 21, 2019

The RSS: A View to the Inside 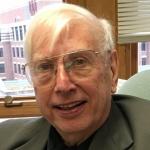 India’s most influential NGO, the Rashtriya Swayamsevak Sangh (RSS), has grown rapidly, as discussed in my recent book, The RSS: A View to the Inside (coauthored with Sridhar Damle). This book, something of a sequel to my earlier one, The Brotherhood in Saffron, addresses the significant social and economic changes that have taken place in India—and in the RSS—over the past three decades since it was published.

So, what is different about the RSS today from thirty years ago, and why are those differences significant? The most obvious difference is that the RSS and its family of affiliated organizations at that time were marginal players and largely unknown outside India—and also not all that well known in India itself. That has changed dramatically. The RSS and its family of organizations have expanded rapidly, especially since the mid-1990s, roughly coinciding with the expansion of the Indian economy after the introduction of market reforms. Perhaps the most interesting aspect of this is the formation—and growth—of over a hundred affiliated organizations that have penetrated virtually all parts of the country, growing especially rapidly in the east and northeast where they had previously been weakly represented. This includes India’s governing party, the Bharatiya Janata Party (BJP), its largest labor union, the Bharatiya Mazdoor Sangh, its largest student group, the Vidyarthi Parishad, and the largest private school system in India. Most of these groups were formed in the high growth period after 1994. One of the conclusions emerging from our nine case studies is that these affiliates shape the RSS’ views on the issues which they address.

A second change is the growing reliance of the RSS on lobbying, primarily through the affiliates, to play a role in the policy process. Since taking over the leadership position from his predecessor in 2009, Mohan Bhagwat has emerged as the most outspoken and most political head of the RSS in its 93 year history. He gave three speeches in 2018 that provided recommendations of extraordinary consequence—and altered the stated RSS mission. No longer was its goal primarily to train young men in the daily shakas (meetings) who on their own would engage in a patriotic mission to improve the country. Now the organization would, itself, lobby for specific policy positions. For an organization that has eschewed politics and publicists and used to claim that it was an exclusively cultural organization, Bhagwat shed all pretenses. An extraordinary press op-ed by Ram Madhav, a former publicity chief of the RSS and currently a general secretary of the BJP (and one of Modi’s closest operatives) argued that the purpose of Bhagwat’s three day September 2018 seminar in Delhi was to appeal to India’s intellectual elites to clarify what the RSS was about and why that mission is good for India. He further argued that the RSS leaders had, in the past, tended to avoid publicity and that this earlier stance encouraged what he argued was false rumors vilifying the RSS. Thus he defined Bhagwat’s efforts at opening up as similar to Soviet moves on “glasnost,” and good for the RSS.

A third and related change is the greater transparency of the RSS and its affiliates, a reflection, we believe, of their greater self-confidence as an actor on the Indian stage. For example, the general public was invited to all three of the public events noted above, and in doing so, Bhagwat broke precedent of addressing a controlled group of the faithful. This event was followed in October by a one-day conclave in Hardwar and then the annual Dusshera sermon in Nagpur, an address that is something like the US President’s State of the Union Address. At his September “seminars,” Bhagwat addressed a range of issues, such as calling for the proposed Ram Temple at Ayodhya at a site claimed by both Muslims and Hindus, the feasibility of a national population policy, increased procurement prices of farm product, treating Christians and Muslims as fellow Indian nationals, and voting for the BJP in forthcoming state assembly and national parliamentary elections. He even got down to specifics, such as advising people to avoid the NOTA (none of the above) option on ballots to enhance the prospects of the BJP.

A fourth change is the direct involvement of the RSS family of organizations, especially the affiliates in the policy process, a development rooted in the significant impact of the government on the interests of their members. For example, the farm affiliate is keenly interested in farm support prices, the costs of inputs such as water, electricity, and fertilizers, and the curriculum content in rural schools. These are policies advocated by the farm affiliate of the RSS (the Bharatiya Kisan Sangh)—and so championed by the RSS. This involvement in politics and the policy process was in stark contrast to the RSS model of operation from the time of its first head, K. B. Hedgewar, in 1925 onward, that the primary objective of the RSS was to strengthen and consolidate Hindu society. It argued that individual character-building in the RSS training system inculcated a collective consciousness that would eventually impact politics. This policy exasperated many other Hindu nationalists, including most prominently V.D. Savarkar, whose seminal treatise on Hindutva inspired the formation of the RSS in 1925. Yet, the RSS leadership remained unyielding; individual efforts by perfected men who had gone through the RSS training system were the principle driving force of change. Savarkar was so angered by this that he sarcastically remarked “The epitaph of the RSS man will be: he was born, went to shakha, and he died.” The lives of swayamsevaks in Bhagwat’s RSS no longer revolve so exclusively around the shakha (local RSS training site) and individual effort. Instead it has signaled that politics is the primary mover and poltical power will force a change in society.

The incorporation of different interests in a much-expanded Sangh Parivar is a fifth change—the RSS’ increasing use of mediation to try to work out policy differences within and between members of the family of RSS organizations, several of whom advocate  very different policy positions. Several of the case studies in the book analyze these mediation efforts. As we analyzed internal differences among them, we were, frankly, surprised at the degree of cohesion among the affiliates, given the growing policy differences among them. This is at stark variance to the fragile nature of many large organizations in India. We concluded that the major reasons for this continued unity within the Sangh Parivar relate to three things that have not changed.

First, the administrative heads of larger and more significant of the dozens of affiliates, and of course the RSS itself, are full-time RSS workers referred to as pracharaks (earlier referred to as the sanghantan mantri system). These are men who undergo rigorous training following an internship and then an assignment to a lifetime calling. A second unchanging element is the training that takes place in the daily, weekly, and monthly local shakhas, now numbering over 70,000 units, with about two million regular participants.  There are several million more men who have undergone this character-building training, and our meeting with hundreds of them suggest that they view the cohesion of the RSS family as a critical element in building national strength. A third factor is the autonomy granted each affiliate, a factor that makes them sensitive to the demands of their membership.

The RSS faces several significant societal tensions that will almost certainly grow in intensity and potentially undermine its ability to bring about the unity that it claims is its reason for being. The test of its effectiveness will depend on how it addresses these issues.

The persistence of caste and caste hierarchies—if not the very notion of caste—undermine the long-term RSS goal of Hindu unity, and the RSS seems in a quandary about how to handle this challenge. The contentious debate over expanding equal opportunity is only one aspect of the issue.

Extremists on the right clearly feel empowered by the BJP victories and they have engaged in often violent pursuit of the cultural goals. The RSS, perhaps in conjunction with the BJP, will need to get far more assertive to put a stop to practices that embarrass both the BJP and the RSS at home and abroad—and threaten the country’s secular narrative. How to address the economic and cultural divide between rural and urban India is a challenge to the goal of Hindu unity that the RSS seeks, and the Sangh has yet to shape a comprehensive resolution of this growing problem.