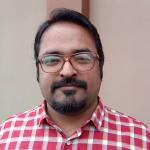 The World Health Organization (WHO), in its founding principles, defines health as “a state of complete physical, mental, and social well-being and not merely the absence of disease or infirmity.” It further states that “the enjoyment of the highest attainable standard of health is one of the fundamental rights of every human being without distinction of race, religion, political belief, economic, or social condition.” Physical health of individuals has been the major focus of public health care systems across the globe, more so in developing countries including India. However, mental and behavioral problems are increasingly overshadowing other global health problems.

Burden of Mental Disorders
With changing health patterns in India, behavioral and substance use disorders are coming to the forefront. These disorders contribute to significant morbidity, disability, and mortality amongst those affected. Suicide rates in India are among the highest in the world, and for youth between 15–29 years of age, suicide is the second leading cause of death after auto accidents. Due to prevailing stigmas, these disorders are often hidden or not acknowledged in society and, consequently, persons with mental disorders lead a poor quality of life.

Although it remains grossly underreported by conventional public health statistics (which focus on mortality rather than morbidity or dysfunction) mental illness is the largest cause of ill-health and disability worldwide, more than cardiovascular diseases and cancer combined. As of 2017, 13 percent of the global population (970 million people) have been diagnosed with mental health disorders, with children and the youth being the most affected. According to the 2016 National Mental Health Survey, conducted by the National Institute of Mental Health and Neurosciences (NIMHANS), Bengaluru at least 13.7 percent of India’s population suffers from some form of mental illness, with 10.6 percent requiring immediate intervention. While 150 million Indians are in dire need of mental health intervention, only 30 million have access to appropriate care.

Inadequate Care and Service Delivery
In India, persons with mental illness either do not have accessible care services, or those receiving services cannot access quality treatment that is affordable and easily available. In February 2018, Anupriya Patel, the then-Minister of State for Health and Family Welfare, stated that India had only 3,827 registered psychiatrists against the 13,500 required in the country. In other words, for every one million people in India, there are only three psychiatrists, and even fewer psychologists available for treatment or counselling.

Mental health has also been accorded higher political importance in countries such as South Africa and Thailand. Legislation that advocated the adoption of a strong human rights approach to people with mental disorders was ratified with the passing of the Mental Health Care Act of 2002 in South Africa. In Thailand, mental health legislation came into effect in 2008. India passed its Mental Healthcare Act only in April 2017.

Furthermore, the focus of mental health policy in India in alleviating the high incidence of mental health problems has been to adopt the “bio-medical” model of care. In emphasizing bio-medical, clinical interventions and institutionalization, social determinants of health (SDH) which have a clear impact on health outcomes have been ignored. The SDH or conditions in which people are born, grow, work, live, age, and shape the conditions of daily life include economic policies and systems, development agendas, social norms, social policies, and political systems.

The sustained significance of the bio-medical model is evident with greater infrastructure and resource support extended toward mental hospitals and psychiatric facilities. This is in dissonance with the tenets of the National Mental Healthcare Act 2017, which emphasize the need to “strengthen health infrastructure along with addressing the social determinants of health and mental health.” The consistent under-prioritization of mental healthcare should also be viewed in the broader context of an Indian society where stigma and discrimination against people with mental illness results in marginalization and exclusion from communities. In such a context, the costs of mental illness to society and the individual are overwhelming.

Costs of Mental Illness
Various studies, while directly unable to quantify the burden of illness resulting from mental and behavioral disorders, indicate the economic and social costs to be enormous. The Lancet Commission on Global Mental Health and Sustainable Development report (2018) stated that mental health will cost the global economy $16 trillion by 2030. In a 2010 study specific to India, taking into account the prevalence rate of mental illness at 200 out of 1,000 and calculating the individual cost of Rs 500 per month, researchers estimated India’s total treatment costs of mental illnesses per month to be Rs. 10,000 crores ($100 billion). In addition, the 2016 National Mental Health Survey of India pointed out the higher burden in terms of economic cost involved in caring for a person with a mental illness, resulting in high out-of-pocket expenditures.

Poor mental health in India is strongly associated with poverty and social deprivation. Poverty is associated with feelings of exclusion, isolation, dis-empowerment, helplessness, and hopelessness, which have a negative impact on people’s mental well-being. The social costs of mental illness include disability or restrictions in relation to performing an activity within a range that is considered normal. Most Indians with a mental illness find it difficult to be gainfully employed and be financially or socially independent. According to the 2011 census of India, 78.62 percent of persons with mental illness were not employed and only 13.15 percent were currently employed. Such a high rate of unemployment among persons with mental illness requires immediate policy measures that conceive employment as a human right and generate robust, inclusive job opportunities, affirmative actions, and other rehabilitative measures.

Bridging the Gap
The importance of mental health in Indian social welfare policy and its primacy in the well-being of individuals cannot be overstated. It points to the need for developing a strong public health system rooted in the human rights approach. Policy reform should go beyond strategic papers to provide actionable ideas that revitalize the mental health care system within the larger public health care system.

India’s growing mental health crisis can no longer be denied. The government should lead concerted efforts to invest in community-based care alongside improving the hospital setting, where a greater number of psychiatrists, psychologists, and social workers need to be engaged.

Evidence shows that holistic psycho-social health solutions that help reintegrate the patient with society have a better success rate in addressing the multifaceted components of distress. Such care should include proper rehabilitation programs and equip people with skills so that they can either live independently or in a less restrictive environment. Finally, the larger aim of policy and governance should be to ensure that mental health patients are able to not only survive, but grow as individuals, leading lives of dignity with access to all the services they need.

Vivek N. D. is an Assistant Professor at the School of Liberal Arts and Human Sciences, AURO University, Surat, India, where he teaches political science.