The Challenge in Uttar Pradesh 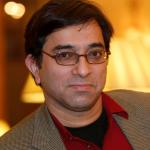 Both economically and socially, Uttar Pradesh (UP), India’s largest state, has become the nation’s greatest backwater. At over 170 million people, more than 16 percent of India’s population resides in UP, though it accounts for only 6 percent of the nation’s gross domestic product (GDP). UP’s economic growth rate has been below the national average since 1960. In fact, from 1960-80, the economic growth rates of both UP and Tamil Nadu were not very different.  Since 1981 – when India’s average growth rate climbed to roughly 6 percent per year – Tamil Nadu has transformed itself and reached the national average while, at 4.5 percent per year. UP has remained resolutely behind. Agriculture still accounts for over 40 percent of UP’s economic output, as opposed to less than 17 percent of India’s GDP today. UP’s literacy rate is 7 percent below the national average and a girl in UP is likely to live 20 years less than a girl in Kerala. Of the other North Indian states, Rajasthan has already begun to turn itself around and Bihar is also showing signs of arresting its downward trend, while UP’s decline continues unabated.

If one were to read India’s history or quickly survey national politics since 1947, UP’s enormous lag would come as a big surprise. All but four Prime Ministers of India have come from UP. Right or wrong, India’s civilizational history has also been North-centric: UP has the Taj Mahal, the holy city of Varanasi, and the confluence of Ganga and Jamuna rivers in Allahabad.  These sites are of great national and international importance.

In the 1950s and 60s, Bangalore was a sleepy town while UP’s capital, Lucknow, was bustling with self-belief and glory. Today, Bangalore is written about throughout the world while Lucknow is a relic of the past. Kanpur, a city far ahead of Bangalore in industrialization until the 1960s, has plunged into the depths of economic despair with the closing of its textile mills. The town of Noida constitutes the only recent success story of national magnitude from UP. However, the performance of Noida may have more to do with its proximity to Delhi and less with UP’s policy vision.

What accounts for such a miserable record? The long-term sources of UP’s decline remain unclear, but the more recent causes are clearly identifiable. For roughly two decades until 2007, no government in UP lasted throughout its term and there was no policy stability.

Until the mid-1980s, UP politics was dominated by the Congress party. By the early 1990s, due to the political mobilization of lower castes and their alliance with Muslims, Congress’ dominance ended and the party system became fractured. As a result, after 1993, for about a decade and a half, no political party could get a majority in the state legislature. In the state elections of May 2007, the victory of the Bahujan Samaj Party (BSP) – a primarily Dalit party under the leadership of Mayawati – finally terminated the endemic political chaos and promised political stability.

Mayawati’s victory was based on an unusual social coalition. In 2007, every sixth Brahmin in UP voted for the BSP. Even in South India, where the non-Brahmin castes came to power as early as the late 1960s, Dalits, the bottom of the social ladder, were never in the lead. Mayawati’s 2007 victory constituted a democratic political revolution of sorts.

The BSP’s rise to power also created a window of opportunity for economic development. To begin with, in a state haunted by endemic political instability, the very promise of political stability was a positive development. Moreover, electoral realities had altered the original political agenda of the BSP. It was no longer a party that catered only to the Dalits. Rather, its emphasis on the “poor upper castes” as well as Dalits and “lower OBCs” (Other Backward Classes) meant that it needed to attend to a larger social coalition.

Mayawati’s victory, thus, opened the possibility of a dualistic political thrust. She had the opportunity to combine the politics of dignity (sammaan ki raajniti) – the core of Dalit politics thus far – and the politics of economic development (vikaas ki raajniti), which would make it possible to serve a larger social base. To accomplish both, UP needed to think about how to achieve a higher economic growth rate.

That is where Mayawati’s government has badly erred. The old brand of the politics of dignity has been pursued, if only on a grander scale. However, the politics of economic growth, which requires emphasis on governance and market-oriented policies, has been more or less neglected.

Three features have marked Mayawati’s politics of dignity: grand architectural projects aimed at making Dalits icons more visible in the public sphere, extension of affirmative action beyond the standard government services and public education, and the accent on behavioral retribution. The meaning of the first two is clear; the third requires some elaboration.

As Pratap Bhanu Mehta has argued in The Burden of Democracy (Penguin 2005), in a society which has historically been highly socially unequal but whose social inequalities are being undermined by democracy, politics is not always seen as a way of solving common problems or of developing common visions. Rather, politics has often been viewed as the best way to punish those previously powerful. Plebeian politicians often express their power by transferring officials – mostly of upper caste origin – at will, or by excessively punishing the violations by upper caste politicians of the new grammar of respect for the lower castes.

Respecting lower castes as fellow citizens is a worthy project, but this conventional model of the politics of dignity suffers from a crippling contradiction. Unless it is backed by a strategy to lift economic growth, it only provides symbolic, though important, benefits. It does not fundamentally transform the lives of the masses. Southern lower caste parties realized this in the 1970s and began to attend both to dignity and economic growth; Bihar’s current regime has also pursued politics in this dualistic mode, while Mayawati is still incarcerated by a conventional model. She has already paid a price for her inadequate vision. In the recently concluded parliamentary elections, she lost votes among virtually all groups, including the upper castes that facilitated her rise to national prominence.

On a more fundamental level, Mayawati’s failure to articulate a new model, combining dignity with economic growth, is a tragedy. UP is blessed with remarkable technocratic and scientific wealth. In the Indian Institute of Technology (IIT), Kanpur, UP has a world class institution with a distinguished body of alumni, including Infosys founder, Narayana Murthy, and many others in the Silicon Valley. UP also has a highly rated Indian Institute of Management (IIM) in Lucknow. The intellectual capital of such institutions remains untapped in the policy process. The politicians and bureaucrats think they know it all.

With agriculture and investment in roads alone, UP can’t reach a high enough growth rate. UP needs high value-added manufacturing and/or services and currently, the government has no bold policy ideas about how to get there. If UP’s politics do not change, there is a good chance that Bihar – where the government is seeking new ideas from outside the standard bureaucratic channels – will leave UP behind in the race for delivering mass welfare and bring a swift end to the Mayawati revolution.

Ashutosh Varshney is a professor of political science at Brown University.He can be reached at ashutosh_varshney@brown.edu