Opinion Survey on the Image of Japan in India (Ministry of Foreign Affairs of Japan) May 8, 2009

Negotiations on a Japan-India Agreement for Cooperation in the Peaceful Uses of Nuclear Energy (Ministry of Foreign Affairs of Japsn) June 25, 2010

"India Develops Cold Feet on Talks with Japan, US," Indrani Bagchi. The Times of India. August 25, 2011

The Perception Gap in Japan-India Relations 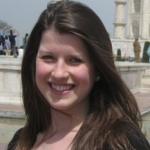 Despite favorable geopolitical conditions such as concern over the nature of China’s rise, the relationship between India and Japan remains one of unfulfilled potential. The persistence of a “perception gap” between the two is preventing deeper engagement.

At first glance, India and Japan appear natural partners. Located on the periphery of Asia, both are examples of economic growth developing in line with democratic values. Furthermore, India and Japan share no territorial disputes or historical animosity. Since a nadir following India’s nuclear tests in 1998, relations have evolved apace yet certain sticking points are holding back its promise.

During the Cold War, India and Japan adopted contradictory political and – crucially for Japan as a trading-nation – economic systems. India’s economic liberalization in 1991 encouraged some commercial interest but this was low as Japan concentrated efforts on China and Southeast Asian markets. South Korean companies, in contrast, who are less risk-averse than Japanese, established an early presence in India and have since proven more aggressive and hence successful. Progress has been made in attracting Japanese interest, most recently evident in the predicted announcement in May 2012 that Japan will sell India advanced bullet-train technology, but despite momentum in this stream of diplomacy, elevating relations to the strategic level has proved problematic.

Decades of non-engagement have created, according to interviews conducted in both Tokyo and Delhi, a psychological chasm. Due to India’s relatively distant location and humble economic origins, India has only gradually entered Japanese conceptions of Asia. For some in India, Japan’s alliance with the United States and efforts to frame the relationship within a China-checking diplomatic strategy, have created unease. In addition to this, and in contrast to India-U.S. relations, weak levels of people-to-people and cultural exchange limit understanding.

One significant perceptual difference lies in how India and Japan intend to handle China’s rise. Both are highly concerned by Beijing’s military modernization and activities around its periphery but differ in how to frame their response. Both depend on trade with China but India, cautious not to be seen to take sides and crucially sharing a controversial border with China, is less willing to be explicit in its suspicion. Whereas Japan has begun to identify China’s military as a concern in official documents such as the 2010 defense guidelines, (which was quickly met by angry criticism by Beijing), India’s establishment makes greater effort to clarify that security cooperation with Japan is “not at the cost of any third country, least of all China.”

Second, Japan faces a significant challenge from India’s deep aversion to alliance-making. While in Japan, the relationship enjoys broad cross-party support, powerful lobbies in India resist aligning too closely with any one partner, especially one occasionally hyphenated with the U.S. As tensions rise over sovereignty in the East China Sea and the pro-U.S.-Japan alliance LDP re-establish themselves in government, relations between Tokyo and Washington are set to deepen. This causes problems for those in India who would like to see Japan as a more autonomous actor.

Third, in India there exists a belief that due to Japan’s constitutional restrictions, India has little to gain from working with Tokyo. Interest has been voiced in India for example to engage in joint defense production, especially naval vessels, but has been resisted in Tokyo. This inability or unwillingness to adjust the Constitution, according to some scholars interviewed, feeds the belief that Japan would get a “free ride” from military cooperation with India.

There are, nonetheless, reasons for optimism. The relationship enjoys the support of political leadership; Prime Minister Manmohan Singh has continuously supported ties since 1991, when Tokyo’s pledge of $300 million helped India avert fiscal calamity. Speaking in 2008, Singh explained, “I consider our bilateral relations with Japan to be one of the most important we have.”

India also has reason to welcome the election as Prime Minister on December 16, 2012 of Shinzo Abe. Abe, previously in office from 2006-07, has long endorsed relations with India, once describing them as “the most important bilateral relationship in the world.” Prior to his second election victory, in a Project Syndicate article, Abe identified India as a “resident power in East Asia” on whom Japan should give “greater emphasis.”

On the popular level, as a recent survey demonstrated, Japan is viewed favourably as a highly developed, honest, hard-working and peaceful country. Japanese products including Maruti-Suzuki and Toyota automobiles, white goods and Overseas Development Assistance (ODA) contributions such as the Delhi-Mumbai Industrial Corridor (DMIC) are appreciated according to the author’s interviews, as is the Delhi Metro system.

Gradually, strategists on both sides are appreciating the necessity of deeper engagement, particularly regarding maritime security and nuclear technology trade. For example, in 2008, India resisted inviting Japan to join Malabar maritime exercises following China’s vocal unease at the creation of an “Asian NATO.” However, in 2012, Japan and India staged their first bilateral initiative. Similarly, in stark contrast to Japan’s condemnation of India’s position on nuclear technology following tests in 1998, in June 2010, Japan announced talks to conclude a civil-nuclear trade agreement. Considering India’s refusal to sign the Non-Proliferation Treaty this move was a remarkable step for Japanese policymakers who have long been one of the treaty’s staunchest defenders. Despite some unease by Delhi, the launch in December 2011 of a U.S.-Japan-India trilateral dialogue also suggested a realization of the importance of exchanging views at the top level of government. Despite the objections of China to this grouping, the annual meeting is set to continue.

Significant challenges, however, remain. Military exercises are small in scale and despite interest from India; it is uncertain whether Japan will extend its recent relaxation in arms exports controls to trade directly with India. The disaster at the Fukushima nuclear plant has thrown Japan’s pre-March 2011 nuclear strategy into flux with little immediate prospect of a conclusion to talks, despite rumours they may be re-launched this year. Despite some partial understanding by each to the other’s position on nuclear technology, Japan’s adherence and India’s rejection of the NPT remains an obstacle.

Shared interests will necessitate a continuing upward trajectory but in order to reach full potential, both sides need to address their differences. Japan remains uncertain as to what extent Delhi will stand-up to China and a tough general election for the ruling Congress party in 2014 will likely further harden India’s willingness to remain unaligned. But while this identity has worked until now, pressure will grow on Delhi to outline its position within the balance of power.

Japan is slowly appreciating the opportunity India provides and is updating its strategy to place India in a central position. Relations to some extent have been compartmentalized in order to exploit the complementarities in Japan and India’s economies. Japan offers India advanced technology, infrastructure investment, and power supply expertise, while India’s expanding middle class, accompanied by growing geopolitical stature, provide an enticing alternative to China. The agreement in 2012 for India to provide Japan with rare earth supplies following China’s indirect sanction on Tokyo, demonstrated the practical value that working with India can provide.

Both countries must challenge the “psychological distance” and deepen the conversation at all levels, including student exchange, foreign visitors, military dialogue, and bureaucratic cooperation in order to elevate relations from favorable to dynamic.

Victoria Tuke (Ph.D., Warwick) is a Visiting Fellow at the Tokyo Foundation and Daiwa Scholar. She can be reached at victoriatuke@hotmail.co.uk