Human Rights and State Policy in the COVID-19 Pandemic: Adjudication as Accountability 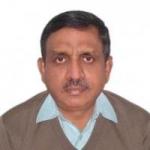 As the huge second wave of the COVID-19 pandemic sweeps through the India, there are widespread cries of distress and suffering. Families are struggling to get hospital beds, hospitals are running out of oxygen, and black-marketing of essential medicines has become widespread. Media stories of over-crowded crematoriums and bodies flowing down the Ganges, linked to serious levels of under-reporting of deaths, have shocked the consciousness of the nation. In response, a considerable number of high courts have entertained petitions holding both state and central governments accountable for different aspects of government failure to both anticipate and adequately respond to the pandemic.

As a result of this crisis, a Supreme Court bench, headed by the Chief Justice Bobde, decided to take action and passed an order in which it considered taking over cases from the high courts for passing “uniform orders” in relation to the supply of oxygen, essential drugs, and vaccinations. This order met sharp criticism within the legal fraternity. Dushyant Dave, Senior advocate and former president of the Supreme Court Bar Association, bluntly stated that it was a move meant to help the government to hide its failures and that “if at all it was concerned about the citizens, it should have intervened suo moto earlier to ensure that adequate hospitals, vaccines, medicines, and oxygen supplies were available for COVID patients. The government has been sleeping and the Supreme Court has also been sleeping unfortunately over this period.”

On April 23rd Justice Bobde retired. The new bench was headed by Justice D. Y. Chandrachud, along with two of the earlier judges—L. Nageswara Rao and S. Ravindra Bhat. This bench clarified that it had no intention to take over the High Court petitions, but the Supreme Court had an obligation to intervene, stating that “in a time of national crisis, such as the one which is confronting the nation today as a consequence of the pandemic, the Supreme Count cannot stand silent as a mute spectator. The Court has a constitutional duty to protect the fundamental rights traceable to Part III of the constitution.”

The bench went on to flag a number of issues related to the supply of oxygen, essential medicines, medical infrastructure, human resources, and vaccinations, where it sought to be appraised by the Union of India and the states by the evening of April 29th. In particular, it raised a number of queries related to a recent change in vaccination policy, which was to go into effect the next day. By April 30th, when the Court convened again, the Centre and many state governments filed affidavits, and over twenty civil society organizations and public intellectuals had also filed interlocutory applications.

In its April 30th order, the Court reiterated that it was assuming jurisdiction over COVID-19 issues, which traverse beyond state boundaries and affect the nation in its entirety, thereby complementing the necessary role state governments were playing. Recognizing that it must not usurp the role of the executive and legislature, it explained its interventions as a “bounded—deliberative approach,” where the rationale of government policy has to be justified and bound by the human rights framework, which includes the right to life under article 21 and the right to equality under article 14. This order established the shared accountability of the central and state government under the National Disaster Management Act. It called on the Centre to make itself accountable to end the hardship that most citizens were facing in finding an appropriate level of care and to address barriers to access enacted during implementation by state and local authorities. With respect to oxygen supply and the creation of infrastructure, the central governments held states responsible. While waiting to hear states’ response on the immediate matter of oxygen supply to Delhi, it supported the states’ position and called for the oxygen supply to be increased as per states’ demand.

However, it was on the vaccine policy that it came down heavily, concluding that the central government should consider revising the recent policy to ensure that it is consistent with the right to health and to equality. The earlier vaccine policy from February 28th had been based on centralized procurement of vaccines and allocation to states who were to organize vaccine delivery through a publicly administered program where both public and private facilities participated. In public facilities, it would be free. In private facilities, users would have to pay Rs. 250 (about $3 USD) per dose. Eligible populations were defined to include health care workers, some category of health workers, and by April 1st, all over the age of 45. The 18-44 age group was to be included later.

In the revised policy, effective May 1st, central procurement of vaccines was limited to 50 percent of the production. For the other 50 percent, state governments and the private sector would compete with each other and negotiate prices and delivery schedules with the manufacturers. Those under 45 years old would have to get their vaccines in the private sector at prices that would be fixed by the manufacturer and the private hospitals. Even those over 45 could opt for private sector delivery at such terms. The justification for this policy was that the higher return on investments that would accrue to the vaccine manufacturers would stimulate great production of vaccines and bring in market competition among state governments and private hospitals that would make delivery more efficient and affordable. It is worth noting that the CEO of the Serum Institute of India, the nation’s largest vaccine manufacturer, went on record to state that even in the earlier policy, they were making a profit—but what they were in search of was super-profits. The Supreme Court questioned the vaccine policy on the grounds of its ability to deliver universal vaccination in a timely manner and equity in access. It also asked why, given considerable government investment in vaccine development, better terms could not be negotiated from the current manufacturers, and encouraged measures to go beyond the existing two manufacturers by leveraging instruments such as compulsory licensing. Among other issues the Court covered were actions against the black-marketing of essential products, health workers rights and safety, and media freedom on reporting the pandemic.

The central government response largely pertained to detailing measures it is taking to address the deficiencies in service pointed out by the Court. On the vaccine policy itself, the response gave no reasons for an abrupt change to a market-based approach.  Instead, it assured the Court that since state governments had promised to give vaccines free to all their citizens, the changes in procurement, allocation, and pricing policy would not affect the common man. Similarly, it cited other developments, such as manufacturers declaring a standard price to all state and central government, to assure the Court that the concerns regarding equity were being addressed. But these were not commitments of the central government. These were merely expectations of what other stakeholders had done or promised to do. Instead, the central government asserted that making policy was the prerogative of the executive, that it had been done with expert advice and stakeholder consultations, and that it was not for the judiciary to over-zealously intervene and question it.

In an unfortunate turn, the day before the next hearing, the head of the bench fell ill with COVID-19 and the proceedings were postponed. On June 1st, however, the Court resumed its sitting and accepted that it cannot question the wisdom of the executive in making policy. But it insisted on its duty “to exercise jurisdiction to determine if the chosen policy measure conforms to the standards of reasonableness, militates against manifest arbitrariness, and protects the right to life of all persons.”

While the Indian Supreme Court has previously held health care as a right, this case is now breaking fresh ground in the use of the judicial process to hold the government accountable to its obligation. The government’s policy is based on an ideological understanding of vaccines and vaccination—or, for that matter, all COVID-19 health care—as marketable commodities in which market competition and private profits are the best drivers. Under pressure from the Court, the government affidavit announced some safeguards and assurances to show that it is consistent with the right to life and equity. But it has tried to retain the market-orientation of its vaccine policy. As the Court pursues its examination of the current policy and its consequences, it increasingly exposes how such market-orientation fails to comply with constitutional requirements of health and human rights. It is likely that only a policy based on an understanding of vaccines and vaccination as public goods would satisfy such judicial scrutiny. Would the government be able to persist with its current market-orientation or would the Court be able to enforce a rights perspective as essential-to-health policy? The outcome would have considerable implications for the realization of the right to health and health care in the near future.

T. Sundararaman (CASI 2012 Visiting Scholar) is Former Executive Director of the National Health Systems Resource Centre, and currently Global Coordinator of People's Health Movement. He is among those who have filed an intervention application in the Supreme Court on this matter.