Between the Times: India’s Predicaments and its Grand Strategy 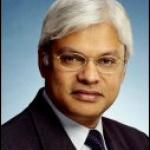 On the eve of India’s founding, no one could have imagined how successfully it would come to navigate the international system. At that time, there were legions of skeptics who believed that the half-life of this new country would be measured in years, perhaps decades at most. The question of when India would split apart was one of the staples of public discussion going back to Churchill’s celebrated remark, “India is a geographical term. It is no more a united nation than the Equator.” Since then, legions of commentators believed that it would be a miracle if India survived.

Today, however, India’s unity is taken for granted. In one of the greatest feats of modern history, India has built a cohesive nation despite incredible poverty and diversity. India has done just as well in regard to its territorial integrity. Yes, it lost one major war and it has lost bits and pieces of territory, but India as a unified territorial entity has survived despite being located in an extremely contested and unsettled regional environment.  And, to everyone’s surprise, India has managed, despite great material weakness, to protect its political autonomy.

No one who has had the pleasure of negotiating with Indian colleagues on the other side of the table will conclude that this is a country that is incapable of protecting its interests. When I was working on the civil nuclear negotiations, my team was often accused of being unable to protect American interests, and of course there were a few Indians who made the same complaints about their team. But there were no Americans who walked away from that conversation believing that India is incapable of holding its own!

So today, sixty-five years out, the dominant view of India among international elites is that of a rising power. That single phrase echoes and re-echoes in American thinking about South Asia. It has found its way into the most important American national security strategy documents and it has influenced major portions of American foreign policy. Yet India’s view of itself is quite different. Understanding that perspective is critical to understanding the future of the U.S.-India relationship.

India sees itself, first and foremost, as a developing society, with a host of challenges yet to be overcome. When Indians think about themselves and their role in the world, their first question is not about how they can shape the universe but rather how they might cope with it. Therefore it is no surprise that, from the foundation of the republic, India’s grand strategy has always been introspective, even though its rhetoric in the early post-Independence years gave the opposite impression.

The reason why many outsiders invariably end up complaining about India being reactive is precisely because Indians have held onto the view – with good reason – that success in navigating the world derives principally from success in political, economic, and social management at home. Three constants, all in varying degrees of transformation now, have characterized the way New Delhi has thought about its relationship to the world.

The first constant is an abiding obsession with economic growth. There has been great transformation in this regard. Whereas India began managing economic growth primarily through autarky and dirigisme, today it is shifting to a vision that has greater room for globalization and a greater acceptance of market forces. It is still an incomplete transition, but the fact that it is underway offers the greatest opportunities for developing the U.S.-India relationship, not simply at the level of strategy or at the level of diplomacy, but where it matters most, in people’s checkbooks and their pockets. One can imagine a great future for this relationship because of the transformation that has taken place in the economic component of India’s grand strategy.

Second, India has focused on building state capacity and empowering its citizenry from the very beginning. It is far from completing this task successfully, and yet this is one area where India’s success will be determined entirely by its internal actions. Outsiders – including well-meaning outsiders like those in the United States – can help, but only on the margins. The choices that India makes with respect to its own institutions and how it invests in its people will make the real difference to India’s strategy. There are big debates now, centered around the balance between the state and the market in achieving India’s goals. The United States can provide ideas from the sidelines, but this is an argument that Indians will have to work through themselves.

The third and last component of India’s grand strategy has been a desire to enhance its national security while minimizing security competition. India settled for such a conservative strategy because it has always been aware of its own weakness. Weaknesses within and the unsettled environment without have pushed Indian policy makers to become defensive positionalists, focused not necessarily on improving India’s position in the world, but rather on preventing its position from deteriorating further. At its core, Indian policy therefore has always focused on avoiding the foreclosure of options.

This approach sometimes rattles an anxious United States, which would like to see a far more energetic India that acts as a shaper of its environment rather than as a country that simply protects its equities. The U.S. government must remember, however, that India’s defensive positionalism is intimately linked to its own stage of development. The day that India overcomes the internal challenges that continue to weigh on its policy makers will be the day that India gets into the shaping business as opposed to simply the adjustment business.

India today finds itself between the times. It has accomplished the core task of what states are supposed to do: to protect political integrity in the broadest sense. Such success came against great odds, but India’s tasks are now becoming far more complicated because popular expectations within are rising just when new great powers – and new threats – are becoming manifest in its extended neighborhood. As India succeeds, people – including many in the United States – have great expectations of it. Therefore, how India understands itself, its role, and its contributions will concern not only Indians, but everyone involved in the U.S.-India partnership in the years to come.

Americans need to appreciate that no matter what labels India uses, its size, its history, and its aspirations will always ensure that New Delhi marches to the beat of its own drum. No matter what its circumstances, India will not become the kind of treaty ally that some Americans would like to see. The fact that India seeks to plot its own course, however, is not necessarily a threat to American interests. In fact, Washington ought to ask itself not what India can do for the United States, but what India will become: Will India be strong, even if independent, or will it be weak?

An India that is strong is fundamentally in American interests, a perspective well-recognized when I served in the George W. Bush administration. We did not engage in nuclear cooperation with India on the expectation that there would be a quid-pro-quo. We did not push the transformation of U.S.-Indian relations merely out of expectations that India would help us to realize narrow interests. Rather, if India could find the sources of its own strength, its success both as a democracy and as a rising power would contribute towards creating a balance of power in Asia that is ultimately favorable both to American and to Indian interests simultaneously. If Indian foreign policy can find the opportunity and the capacity to reflect this fact, it will go a long way towards quelling American anxieties about the future of the U.S.-India relationship. And in the last twenty years, I would argue, we’ve gotten off to a great start.

Ashley Tellis is a Senior Associate at the Carnegie Endowment for International Peace. He is a member of CASI’s International Advisory Board. The text of this article was taken from his remarks on September 27, 2012 at CASI’s 20th Anniversary Symposium, “India: Two Decades of Transformation.” He can be reached at atellis@carnegieendowment.org