"The Bane of Patronage-based Governance," Tanushree Bhan. The Hindu: Business Line, May 9, 2018

How Bureaucracies Benefit from Political Patronage in Distribution of Public Services 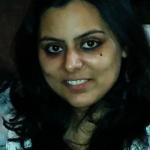 The year 2018 started on a somber note when reports of Cape Town running out of public water supplies shook the global news cycle. A little-known fact that did not get much attention in popular media was that for a quarter of the city’s residents living in informal settlements, “Day Zero” has long been part of everyday life. As scientists have begun to count down this looming crisis in other major cities, especially in the developing world, the socio-political implications of inequitable access to basic need services have become exigent.

Much intellectual ink has been spilled on how clientelist politicians can impede reform toward universal delivery of public services. Scholars like Philip Keefer and Cesi Cruz, among others, have argued that there is little appetite for public sector reforms that restrict their patronage power over the electorate, especially those individuals who cannot afford costlier private options to access basic public services. The argument goes that it is cheaper for politicians to win elections by delivering targeted goods and services rather than making hard-to-deliver-on promises of universal coverage, thereby raising the bar of expectations based on which the electorate casts its ballot. Politicians will support bureaucratic reforms if doing so advances their prospects of re-election. This electoral calculus is particularly salient in countries like India where weak institutional capacities can’t even sometimes guarantee targeted service goals.

These arguments, though empirically significant, underemphasize the synergy between bureaucrats and politicians to maintain patronage-based delivery of services. This article draws from a larger study that unpacks the reasons for differential provision of sanitation service within and across poor communities in Delhi. The larger study does not attempt to establish statistical causality between patron-client relationships and sanitation outcomes observed across communities of the poor, but rather traces the policymaking processes (including patronage networks) that produce unequal distribution of sanitation service among poor communities. It analyzes these policy relationships across nine poor communities sampled purposively based on their size along the following typology of shelter poverty: slums, public housing projects for slum dwellers, and homeless shelters in Delhi. Policy documents, newspaper reports, and key informant interviews with state and city-level government officials in sanitation and slum improvement departments, elected representatives attached to the constituencies hosting sampled communities, non-government service providers such as nonprofit organizations, and residents in the communities are analyzed using pattern-matching techniques between theoretical expectations (e.g., patronage ties, administrative constraints, presence of NGOs) and empirical data to establish process-based causal explanations for variations in sanitation service.

A dominant analytical theme emerging out of in-depth interviews with fifteen officials in state and city-level slum and sanitation departments in Delhi pertains to how the bureaucracy uses clientelism to prioritize budget allocations for building/improving sanitation infrastructure. The analyses add to existing literature from public choice and organization theory on the power of the bureaucracy to deploy formal and informal rationing techniques in cases where citizens’ demand far exceed available resources. For example, the Delhi Urban Shelter Improvement Board (DUSIB), a state-level agency mandated with the responsibility of providing and improving basic services infrastructure like community toilets, drainage, and roads in slums and public housing projects for residents relocated from these slums, launched a “Model Slum” project in August 2016 to initiate major infrastructure works in 50 slums on a pilot basis. Out of a total of 722 slums in Delhi, the agency selected these 50 slum communities not based on where there was greatest need for service improvement, but rather asking the elected state representatives or members of the legislative assembly (MLAs) to make nominations from their respective constituencies. This public program that could have been a good starting point for improving the quality of life of the most vulnerable has acted merely as a front to strengthen patron-client relationships that reward loyal constituents and punish opponents through selective improvements in sanitation in some sampled slum communities. In the end, this strategy of soliciting nominations saved DUSIB from investing time/effort, money, and human resources in undertaking/commissioning impact assessment studies to select treatment communities.

Another state bureaucracy, the Delhi Jal Board (DJB), mandated to provide water and sewerage services to legal settlements of Delhi is beholden to the executive branch for direction and scope of sanitation policymaking. When I asked why a public housing project in north-west Delhi did not have any provision of a sewerage system for low-income families living there since 2005 compared to a similar category settlement in East Delhi, a senior bureaucrat said point blank, “the MLAs who have represented this community in north-west Delhi in the past never approached us to provide services (MLAs can propose projects out of their discretionary corpus of Rs 4 crore per annum). The MLA who won the state election this time around met with us recently to discuss installation of water distribution and sewerage networks in the area so that families can access these services in-house. This MLA has good relations with the Chief Minister, the latter holding additional charge of the water ministry in the cabinet and, therefore, serving as chairman of the DJB. This community is going to see a lot of development works in the near future.” One would imagine the workload of sanitary staff to increase due to continued pressure by elected representatives. But there may be countervailing incentives to ease this burden. As one long-time resident of the East Delhi housing project told me, “the sanitary workers are more responsive when we lodge our complaints with the MLA office. We also keep them in good humor (gifts of cash and goodies, possibly liquor, during festivals) because we will need their support no matter who is in power.” The politicians use the bureaucracy to uphold the credibility of their (targeted) development promises, and the bureaucracy prioritizes these works to avoid the stick of punishment (e.g., job transfer) and enjoy the carrot of bribes, personal job growth, and endorsement for their children in private school admissions.

There are two major policy implications of these findings that can deepen inequalities in access to a critical public health service like sanitation across already-vulnerable communities of the poor. First, the availability of discretionary public funds to elected representatives oils the machinery of patronage-based governance. The politics of discretionary distribution of government resources (via service provision and improvement) can mobilize electoral participation among beneficiary clients and suppress the vote of excluded populations, especially when, as Kanchan Chandra points out, electoral markets suffer from severe informational constraints regarding public entitlements and credibility of political candidates. Second, the potential for corruption via self-enrichment of politicians and bureaucrats embedded in patron-client transactions weakens public trust in law-making and law-implementing institutions, and ultimately, democratic principles of social justice and citizenship.

Obviously, no single characterization of the nature of interactions between the bureaucracy, elected representatives, and the citizens is possible or even appropriate. The purpose of this analytical snapshot of a larger study is to show how political patronage of constituents-as-clients can directly, or indirectly, incentivize bureaucrats to perpetuate inequitable access to basic services that casts some poor individuals/communities as “deserving citizens” compared to others.

Tanushree Bhan is a doctoral candidate in Public Policy at the John W. McCormack Graduate School of Policy and Global Studies, University of Massachusetts Boston.