Bangladesh-India Relations Through the Lens of the Land Boundary Agreement 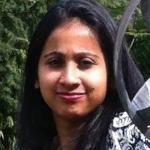 Bangladesh-India relations are perhaps the most complex bilateral relations in the subcontinent. Despite its role in Bangladesh’s independence in 1971, India is often perceived as serving its own self-interests against Pakistan. With the signing of the Treaty of Peace and Friendship in 1972, the two countries attempted to improve their relations to no avail. As a result, decades-old issues concerning land, water, illegal migration, and border security still remain, as does Bangladesh’s seeking of favorable access to Indian markets, particularly for its widely exported garment products.

When the Land Boundary Agreement (LBA) was ratified in 2015, it was deemed a historic success story and the setting of a new trajectory for Bangladesh-India relations. Border demarcation remained an unresolved issue in the subcontinent since the end of colonization in 1947, which made the LBA even more significant. However, while there is cause for optimism, the political will of decision-makers in both governments is the most significant ingredient in achieving that goal. There is still a possibility that the LBA may turn out to be short-lived, especially since very little progress has been made in resolving their other issues.

How the LBA Was Achieved
On August 1, 2015, despite its peripheral status in bilateral negotiations, India and Bangladesh formally exchanged 162 enclaves strewn along shared borders—low-cost concessions for both, yet a possible template for successful future relations. As a result of these dealings, the potential exists for breaking away from the old style of conducting relations, and the intricacies of some of the larger issues pending resolution are no more complex than the detailed negotiation that was required for the LBA.

In India, the ratification of any agreement on territorial exchange between India and Pakistan (later Bangladesh) requires constitutional amendment. Since the LBA dealt with territorial transfer, it was anticipated to be intractable. The first attempt to transfer the enclaves was made in 1958, when India and Pakistan agreed to an exchange “without any consideration of territorial loss or gain.” A second deal was signed in 1974 between India and Bangladesh, but given their rocky relations, the agreement fell through.

Breaking almost four decades of deadlock, the third initiative was taken by the Congress-led UPA (United Progressive Alliance) in September 2011, when both countries signed a Land Boundary Protocol (LBP) to implement the unresolved issues of the 1974 LBA. However, given the “territorial handover” aspect of the issue, the agreement continued to face opposition in Parliament, and disagreements with Assam and West Bengal governments stifled the process. Both the BJP and Trinamool Congress opposed the passage of the agreement and argued they were not consulted with regards to the content of the Bill, which would adversely affect Assam and West Bengal, respectively.

However, when the BJP-led National Democratic Alliance (NDA) took power in 2014, the LBA was retrieved from the backburner and given a new course. Prime Minister Modi and his party reversed their earlier position and built a national consensus in favor of the LBA, paving the way for the constitutional amendment, which was not a difficult task given the NDA’s parliamentary majority.

Earlier claims by Assam that it was delinked from the Bill were no longer asserted, and the West Bengal government’s serious reservation with the center was muted by the prospect of fiscal support opening up. In addition, both Assam and West Bengal were brought on board in the recent round of border negotiations. For the Modi government, which is keen on widening its political support base, successful mobilization of the LBA also meant forging alliances and creating an environment of cooperation across the aisle. In essence, domestic political pragmatism by Indian leadership paved the way for the amendment to be unanimously passed in both chambers of Indian Parliament.

For Bangladesh, the LBA was a done deal. Since its constitution does not necessitate foreign policy to be discussed in parliament, the executive has the full authority to make decisions. While Bangladesh ratified the LBA in 1974, it took the Indian Parliament until May 2015 to reciprocate. Clearing the path for the transfer, Bangladeshi PM Sheikh Hasina and PM Modi exchanged Instruments of Ratification of the 1974 Land Boundary Agreement and its 2011 Protocol on June 6, 2015.

The Way Forward for Bangladesh-India Relations
Strong political will and bilateral resolve were crucial in overcoming the tension-ridden, state-center relations in India. The LBA has also shown that it is possible to vanquish the past with a mindset towards progress. Nonetheless, the relationship faces difficult challenges. For instance, India constructed barbed fencing along its border with Bangladesh in violation of the international norm that requires a hundred and fifty yards of no-man’s-land to be maintained between neighboring borders. Also, the sharing of river water between the two countries still remains contentious. Frequent killing of Bangladeshi nationals (often mistaken as smugglers and criminals) at the border by Indian Border Security Force does not bode well with the general public in Bangladesh.

Still, the prospects for mending old ways between Bangladesh and India are better than ever. In Bangladesh, the Awami League-led government of Sheikh Hasina is regarded as a reliable ally of India. Records show whenever PM Hasina and her government assumed office in Dhaka, relations between the two countries flourished. The Ganges Water Treaty of 1996 and repatriation of Chakmas and other pahari groups from India in 1997 are two examples. In 2008, Inland River Protocol was utilized to give Indian water transport services access into Bangladesh, although no transit agreement exists between the two countries.

In Bangladesh, the current Awami League (AL) government is seen as making deep concessions, at times excessive and unrequited, to India to gain leverage over its political rival, the Bangladesh Nationalist Party (BNP), which is perceived as anti-India in Delhi. While this means bilateral relations may soar under the Hasina government, it is not a true reflection of Bangladesh-India relations.

The Hasina-India (as opposed to Bangladesh-India) relationship has also recently been viewed with increased suspicion by the Bangladeshi public. This is noteworthy because the AL government is perceived as pandering to India’s need in order to remain in power, and India, for its part, is acquiring disproportional advantage from Dhaka in their bilateral negotiations. Public discontentment in Bangladesh over India’s policy includes market access by Indian energy companies, the erecting of borders on zero point, the unresolved and unimplemented Teesta treaty, and the lack of market access for Bangladeshi companies and TV channels.

If Bangladesh-India relations are to truly succeed, India must seek to win the hearts and minds of the Bangladeshi people and seek out ways to squash their perception of being an unfriendly neighbor. Its initiative to finally resolve the LBA is a good start. Political will, along with mutually-beneficial exchanges, are the components for a sustainable Bangladesh-India alliance.

Tamina M. Chowdhury is a Consultant at The World Bank, Washington DC, and is the author of Indigenous Identity in South Asia: Making Claims in the Colonial Chittagong Hill Tracts (Routledge, 2016). She received her Ph.D. from the University of Cambridge, UK.