"Responses to Russian Interventionism: India and the Questions of Hungary, 1956 and Crimea, 2014," Swapna Kona Nayudu. India in Transition, January 12, 2015 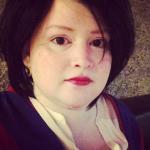 This week marks the 60th anniversary of the Suez Canal Crisis, an event that was of enormous importance to India’s approach to the region in general and to the rise of Arab nationalism. India was blindsided by the developments that had led to the crisis in the first place and there are many lessons to be learned from India’s handling of it through the UN and in direct diplomacy with all interested parties. The crisis had its genesis in a tripartite aggression when Israel, Britain, and France invaded Egyptian territory on October 29, 1956. The crisis only lasted ten days, but was a moment of profound anxiety for India, and indeed for relations between newly independent or rapidly decolonizing states and their former colonizers. As Nehru put it in a letter to John Foster Dulles, “the whole future of the relations between Europe and Asia” hung in the balance. The Indian government anticipated enormous fallout of the crisis on India both economically and politically, as any “restriction of traffic through the canal or blockade or imposition of higher tolls would have [had] harmful results and might [have] even prejudice[d] the progress of the Second Five Year Plan.”

In 1956, Egypt’s economic progress relied very much on controlling the flooding of the Nile, to be achieved by completing the building of the Aswan Dam across the river. The Soviets and the Americans had both offered financial assistance to build the dam, but withdrew support citing Egypt’s economic incapacity. Gamal Abdul Nasser, President of Egypt, was livid that neither the former colonizers nor the post-war superpowers were offering assistance even though they profited immensely from traffic through the canal’s waterways. In forceful rhetoric, he responded to what he considered an insult by nationalizing the Suez Canal and declaring that Egypt would build its own dam. Nehru had had no inkling of Nasser’s planned response and chose to distance India from being perceived as being complicit in this decision.

India had developed a special relationship with Egypt. On his coming to power in 1954, western powers had derided Nasser as an “Asiatic Mussolini,” “imitator of Hitler,” and a “would-be dictator.” Not surprisingly, both London and Paris saw Nasser’s Arab nationalism as a threat to their interests in Africa, and indeed, in West Asia. India, on the other hand, saw in “the wise leadership of President Nasser” an opportunity to establish wider and friendlier relations within the region. In what Nehru called a “spirit of brotherliness,” Nasser relied heavily on Nehru for advice on issues of international security. The Arab-Israeli conflict featured prominently in talks between the two, particularly that the “Gaza strip was totally indefensible” with Nasser anxious that “ever since Ben Gurion’s come back, Israel had become more and more aggressive.” India had also moved away from the Western position on Israel and had instead consolidated efforts to encourage secular nationalism in West Asia. Recognizing Nasser as a significant partner in the process of fostering regional security, Nehru had discouraged Nasser from joining defense pacts and encouraged instead, that Egypt adopt a non-aligned posture. This collaboration was so successful in its early years that along with Tito’s Yugoslavia, Nasser’s Egypt and Nehru’s India became a motif of the unity of the non-aligned across Europe, Africa, and Asia.

Thus, when Nasser nationalized the canal, it fell on India to anticipate the worsening of the crisis. Nehru was, of course, anxious to “prevent hostilities and to have a peaceful settlement which would ensure the use of the Canal as before” as he repeatedly emphasized. Yet, the British and the French were decidedly belligerent in their attitudes, with Eden alluding to “precautionary measures of a military nature,” leading to much consternation across Asia and Africa. Equally alarmed at these developments, Eisenhower suggested that the British host a meeting of interested and affected parties; this came to be the London Conference that, unfortunately, proved to be a non-starter. Before the matter could come up for hearing at the UN Security Council, Israel launched attacks on Egyptian soil on October 29th. Allegedly in condemnation of the conflict, Britain and France first issued ultimatums to both Israel and Egypt but then joined Israel in the attack on Egyptian airfields only two days later.

Nehru was shocked and aggravated by this “dastardly action” and took a number of measures to mediate, not least of which was to ask the U.S. to intervene in the cause of peace. Nehru knew that the Egyptian military resistance was dwindling and that “Nasser proposed to lay down his life fighting.” Thus, India’s Permanent Representative to the UN, Arthur Lall, was instructed to actively court collaboration with the Egyptian delegate Omar Loutfi. The U.S.-sponsored Uniting for Peace resolution, passed on November 2, 1956 pushed fighting forces behind armistice lines, and opened the way for what came to be known as the Eisenhower-Nehru formula. In essence, the U.S. pushed forth with its heft at the UN in dealing with western powers, while India caucused Asian and African nations, two days later moving a nineteen-member Asian-African resolution urging full compliance with previous UN resolutions calling for a ceasefire.

Another resolution moved by Canada, Columbia, and Norway provided for the formation of the first UN peacekeeping force: the UN Emergency Force I (UNEF I). As it was not allowed to draw troops from any of the five permanent members, the composition of the UNEF I took on an urgent character and even the British asked India “to come in heavily and assist in bringing about a speedy settlement.” The Indian contingent (a first for India to send armed troops for peacekeeping) left for the Suez left on November 15, 1956 and was placed then in the Sinai Peninsula. UNEF was commanded by an Indian in both its phases, with UNEF I being led by Lt. Gen. P. S. Gyani between December 1959 and January 1964. Indian peacekeepers built a reputation for themselves, acting as Nehru had besought them to, “with credit to India and her gallant army.”

India’s repeated calls at the UN for the decolonization of Asia and Africa and India’s support of the Egyptian position did not impede her from mediating with both sides, contributing substantially to the closing of the crisis. It also cast India’s relations with West Asia in a certain mold, altered only recently with India’s perceived closeness with and adoration of Israel. If India’s experience in Suez tells us one thing, it is that India gained in political capital and in global repute by remaining non-committal, yet engaged at the level of the UN, a policy known at the time as non-alignment. Elements of that policy that hold continued relevance to Indian diplomacy towards that region could be rescued and restituted, following exacting and exhaustive debate. In fashioning that foreign policy, progress can only be made by paying heed to the antecedents of India’s relations with that particular region, and certainly not with hubris toward its history.

Swapna Kona Nayudu is an LSE Fellow, IDEAS, London School of Economics and Political Science, London, and Visiting Fellow, Centre for Policy Research, New Delhi.  She is currently completing an international history of Indian non-alignment in the Nehru era.