Prescription or Call-center English: The Need to Move Beyond Linguistic Jingoism 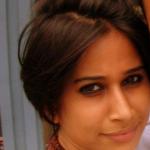 Confronted with the question about what he liked to do in his free time, Gaurav Dalal promptly said “repeat.” He was quite sure he knew the answer, but the question didn’t sound familiar as the eighth grade student had become more accustomed to specific questions about his hobbies. Other children in the classroom on the second floor of SR Memorial School, an English-medium private school in Haryana that advertises its motto as “Pedagogy is not a profession but a mission,” retreated in the back. Nobody wanted to volunteer to answer confusingly-worded questions in English, as deconstructing questions was something they had not yet been taught.

According to the 2009 Annual Status of Education Report, 56 percent of first grade children in India’s schools cannot read even capital letters in English. This is the first time the annual report – launched in 2005 by Pratham, one of the largest non-governmental organization in the education sector – mapped childrens’ English learning levels. The results are indicative of the teaching itself of the language.

State governments are now setting up English medium schools or introducing English as a language in order to respond to the popular demand for the education of the language, which many now see as a passport to a better life. Gaurav's teacher, a young woman pursuing her bachelor’s degree at Delhi University, intervened after the school director’s question, and asked Gaurav to instead recount his hobbies. Only then did Gaurav reply, “reading, writing, sports, and music.”

One of the core issues within the English language teaching debate is that of teachers lacking the basic knowledge to transfer the language to a body of students in rural and semi-urban settings where the language is not spoken at home. This task requires more than just the government or the private schools’ willingness to open English-medium schools.

The upsurge in the demand for English language education that forced the West Bengal government to review its language education policy has not achieved desired results in terms of language education. In the case of Patna in Bihar, the administration had forced its schools to use Hindi as the language of instruction until sixth grade over the last two decades, and recently returned to teaching in English in the primary classes. Most recently, in the case of the Rashtriya Swayamsevak Sangh, they decided to add an English medium section to their Vidya and Shishu Mandir schools after extended discussions about declining enrollment. In villages, semi-urban towns, and even in cities, it is not uncommon to see unrecognized schools operating out of one-room tenements that teach a mixed group of children belonging to different grades. Parents usually enroll their children in government schools because they believe that learning English will provide them a wealth of future opportunities. However, the way English is being taught in both categories of schools mars that possibility.

State governments such as Uttar Pradesh, Bihar, and particularly Bengal didn't allow English to be taught in government schools for a long period of time. Their feeling was that it was a colonial legacy and needed to be discontinued. Today, English being taught again, but barring very elite schools run by trusts, such as the Delhi Public School in New Delhi and missionary schools that can afford to invest in teacher training, most schools across the country are responding to the demand to continue solely with teachers who are not familiar with the language themselves.

In many cases, English is taught via Hindi by transferring words. This works by way of familiarizing students with words and pronunciations but in the long run, it doesn't make them comfortable with the language. In Bihar alone, only 33 percent of children in fifth grade can read simple sentences in English. In other states like Assam, Chhattisgarh, Gujarat, Jharkhand, Karnataka, Madhya Pradesh, Maharashtra, Rajasthan, and Orissa, the amount is between 7 and 31 percent.

Three decades ago, socialist leaders rooted for Hindi and other local languages to be the medium of instruction, echoing socialist political leader Rammanohar Lohia’s views that English is a language known only to a negligible minority, which then uses it as a tool for oppression. He viewed the English language as an instrument of inequality that perpetuated the gap between the intellectuals and the common man, and believed that the ruling classes consisted of upper caste, wealthy, English-speaking men.

In 1981, state-run schools in West Bengal opted to teach children in Bengali instead of English or Hindi. In 1984, English was abolished in the primary sections. However, by 2010, the West Bengal government’s policy on English education in schools reversed and the state took significant steps toward opening English medium sections in government schools in the secondary schooling stages. Yet, the challenge of teaching the language remains even at that stage.

English is seen by the socially and economically marginalized as a utility language, and as the only way to redeem themselves and be on equal footing with others. In 2010, a poor village in Uttar Pradesh began work on temple dedicated to the Goddess of English, who bears a striking resemblance to the Statue of Liberty. Manu Joseph, editor of Open Magazine, wrote that about a thousand villagers – most of them Dalits – had gathered for the groundbreaking. Joseph stated that “the temple is a gesture of defiance from the Dalits to the nation’s elite as well as a message to the Dalit young: English can save you.”

At the other end of the spectrum, the Sangh Parivar, an organization of Hindu nationalists, has adopted English as a medium of education in its schools and has been training its teachers to teach in the language by organizing camps in various cities and towns. At Kosi Kalan’s Vidya Mandir School, where the RSS officials added an English medium section to each class, they had first resisted the change until parents demanded the school adopt English as a medium of instruction as Hindi, they said, had no promise.

The ability to speak English is crucial to being employed in MNC’s. According to Renu, who works for Pratham, an NGO in the education sector, this has led to rote learning as compared to “indigenous narration, local knowledge, and an analytic, problem-solving classroom discourse.”

The problems with non-elite English medium schools are ill-trained teachers and ill equipped classrooms. There is no other subject in the curriculum where the teachers have such little knowledge of the basic subject. Additionally, English is not even a subject children can communicate in outside of school. In the classroom, the benchmark of learning English, then, becomes the textbook, and English is restricted to only reproducing what is learned. Renu additionally states that “what emerges, then, is an arid landscape of artificial constructions, a formalistic approach which places no premium on either thinking processes or language for life.”

Chinki Sinha is a journalist, based in New Delhi. She is a CASI Winter 2012 Visiting Fellow. Email: chinkis@gmail.com