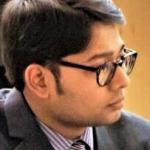 Twelve days following the Ides of March, few had any inkling that March 27, 2019 would portend a watershed in India’s strategic trajectory. Indian Prime Minister Narendra Modi made a ten minute televised address in Hindi, emphatically declaring that India has become “a global space power” after a successful anti-satellite (ASAT) missile test had just propelled the country to the ranks of the US, Russia, and China. Acknowledged as a pioneer in cost-effectiveness and societal applications of space technology, this exercise, christened “Mission Shakti” (Sanskrit for “power”) now gives teeth to India’s space program and military posture and epitomizes the shifting gravity of power from the West to the East. While assuring that the tests were not in violation of international law and wasn’t directed at any specific country, PM Modi unequivocally underlined the military dimension of the exercise—rare for a country with a history of pacifist overtones and often decried for its strategic inertia. Adopting Direct Ascent Kinetic Kill method, an Indian satellite at 300 km in Low Earth Orbit was targeted and destroyed through collision (rather than warheads) in less than three minutes by a missile fired from the Dr. Abdul Kalam Island Launch Complex in the Bay of Bengal.

Individual research from 1920s notwithstanding, the establishment of Indian Space Research Organization (ISRO) in 1969 heralded the Indian space program. As the sixth-largest space agency celebrates its golden jubilee, India has slowly and steadily emerged as a preeminent space power with 102 spacecraft missions, the largest fleet of civilian satellites in the Asia-Pacific region, a successful inter-planetary Mars Orbiter Mission and a world record of launching 104 satellites from a single rocket. These scientific and commercial feats weren’t matched by a military space program; Marth 27th changed that. ISRO being oriented toward civilian space missions, Mission Shakti was the prerogative of the Defence Research and Development Organization (DRDO)—the latter publicly conveying the intention for such a test since 2012. Responsible for the bulk of military research and development, DRDO demonstrates differential levels of success, but its missile program is noteworthy. Since 2006, a Ballistic Missile Defence (BMD) project is underway and the ASAT missile appears to be adapted from the BMD interceptor. Scientific rockets and missiles being technologically identical, theoretically any country able to build and operate a ballistic missile can launch rockets and vice versa—and potentially target satellites, too. However, reality dictates that only a successful BMD facilitates the remarkable precision necessary for a Direct Ascent Kinetic Kill ASAT—few meters in dimension, satellites move in the orbit at approximately 28,000 km per hour, presenting the greatest possible challenge of interception. This exercise then also supplements the indigenous multi-layered BMD program.

A BMD, by destroying incoming missiles, provides a strategic umbrella, while leveraging extant BMD infrastructure to develop a Kinetic “hit-to-kill” ASAT system, enables a cost-effective space weapon: à la Mission Shakti. ASATs can be either temporarily or permanently effective (denoting “soft” or “hard” kill) and are categorized depending on their nature of deployment, whether they are based in earth, air, or space, and on the technological medium used—missiles, lasers/directed energy beams, electromagnetic pulse, microsatellites, or electronic jamming. ASAT weapons once pioneered by the erstwhile Soviet Union and US, are now flourishing in China; the latter, along with conventional capabilities, presents the most formidable challenge to India. The expanding arsenal of Chinese ASAT implies that India needs to develop ASAT systems in both quality and quantity. Multiple options of both “hard” and “soft” kill would provide the strategic flexibility and proportion for counter-space operations in the face of a powerful and agile adversary. Pakistan’s rudimentary space capabilities mean that the threat to Indian space assets largely stem from China, and reports of the latter engaging in temporary laser targeting of American satellites abound; thus, a stand-alone Kinetic Kill exercise is a necessary but not sufficient condition for cosmic deterrence. The traditional Indian stance has been in favor of disarmament and preserving space as a global common; ongoing negotiations at the global stage indicate an impending regime on space weapons which would have probably foreclosed India’s option to test its latent ASAT potential and restricted ASAT capabilities to the US, Russia, and China.

Space is the pivot of modern societies as it facilitates satellite-based communication, remote-sensing, and imaging features to effect across a spectrum of fields: internet and cellular networks, navigation, meteorology, agriculture, resource management, and disaster response. Crucially, security operations are irreversibly dependent on space assets in varying levels of degree from reconnaissance to targeting—sans functioning satellites, fighter jets, ships, and missiles are clumsy chunks of metal. Central to the governance of space, the Outer Space Treaty (1967) prohibits placing weapons in space itself, but weapons from elsewhere targeting objects in space are not banned; harnessing space technology for strategic utility is routine and universal. Subsequent efforts to restrict weaponization of space since then has stalled, largely (but not exclusively) due to US disapproval and differing legal and technical interpretations. The history of anti-satellite weapons run parallel to the history of the Space Age; the 1957 advent of Sputnik sparked interest in space weapons and the ensuing Cold War fuelled the ASAT race with the US and USSR tasting success in 1962 and 1963, respectively. Space weapons proliferated at their pinnacle in the 1980s under President Ronald Regan’s Strategic Defense Initiative, but with the end of the Cold War, Russian military space activities declined to leave the US as the space hegemon since then. However, the growing US-China competition reached the final frontier with a Chinese Kinetic Kill anti-satellite test in 2007 and a reciprocal American one in 2008. The Chinese tests exacerbated India’s security situation, precipitating an Integrated Space Cell within the Ministry of Defence.

Growing military space programs across the US, China, and Russia, combined with the advent of new technologies like hypersonic glide vehicles and nascent efforts by the United Nations toward “international legally binding instrument on the prevention of an arms race in outer space” further complicated the situation. India’s contested history with the global nuclear order demonstrates that global regimes often manifest early-mover advantages; unsurprisingly the official press release stated, “India expects to play a role in the future in the drafting of international law on prevention of an arms race in outer space…in its capacity as a major space faring nation…” Indications of expanding offensive space capabilities will be keenly watched but meanwhile this power-projection has secured India’s position as a major space actor and contributed to the deterrence calculus. The momentum needs to be sustained by further steps including but not limited to coherent space doctrines and a robust and dedicated organization exclusively for offensive military space activities; these augur for political will and national consensus on the role of India in outer space in the coming era. Technological foundations having been initiated since 2006, arguably the global and regional variables catalyzed Mission Shakti. Occurring propitiously close to general elections, Mission Shakti didn’t make the Prime Minister unhappy, but to attribute electoral competition as the proximate cause is to miss the forest in search of the trees.