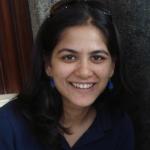 Environmental governance in India is increasingly – and inevitably – contentious. Environmental quality is declining sharply on most indicators such as air, water, and forest cover. At the same time, there are calls for regulatory flexibility to enable pursuit of a “development agenda.” Demands for regulatory and institutional reform are frequently raised by various stakeholders, albeit with widely varying motives. One of the underlying reasons for the failure of environmental regulation has been the ad hocism of the State; the persistent search for quick fixes to complicated problems and difficult trade-offs. It is in this context that the initiative of the National Democratic Alliance government, in August 2014, assumes significance upon setting up a high-level committee to revisit environmental regulation in India. The following is a brief critical review of the Committee’s report, and emphasizes on the need for a regulatory rethink to address the country’s poor environmental governance.

The committee, chaired by former Cabinet Secretary T.S.R. Subramanian, was asked to “review various Acts administered by the Ministry of Environment, Forests & Climate Change” and suggest amendments “to bring them in line with their objectives.” The six laws under review were: the Indian Forest Act 1927, the Wild Life (Protection) Act 1972, the Water (Prevention and Control of Pollution) Act 1974, the Air (Prevention and Control of Pollution) Act 1981, the Forest Conservation Act 1980, and the Environment (Protection) Act 1986. Despite its daunting mandate, the Committee was expected to complete its review within two months, (later extended to three). The short time frame was, without a doubt, a significant constraint. The Committee submitted its report to the government on November 18, 2014, ten days ahead of its deadline.

Not surprisingly, the Committee’s work has been subjected to rigorous public scrutiny and debate. Many commentators working on issues of environmental regulation have been deeply critical, raising concerns about the setting up of the Committee and the selection of its members, its terms of reference and manner of functioning (including the public consultation process), and finally, the substantive recommendations.

The final report, submitted by the Committee, accurately identifies some of the major concerns in Indian environmental governance, such as the declining quality of the environment; piecemeal legislation and ad hoc decision making; “rent-seeking propensity” of the government; lack of faith in the executive and, consequently, the dominant role played by the judiciary; and the complete failure of monitoring and enforcement mechanisms under the various environmental laws.

The Committee’s report makes several important recommendations. It has recommended demarcation of certain forests (with canopy density of more than 70 percent) as no-go areas; an increase in the amount payable for compensatory afforestation and as Net Present Value during diversion of forest land; and an environment information system with enhanced capacity. It has also made recommendations to speed up the forest clearance process.

For the improved protection of wildlife, the Committee has recommended, inter alia, review of the existing schedules to the Wildlife (Protection) Act 1972 (the nature of protection is different for the species listed in the various schedules); mandatory preparation of wildlife management plans along with a statutory basis for these plans; and demarcation of eco-sensitive zones or buffer zones around protected areas.

One of the significant recommendations of the Committee has been to revamp the environmental clearance process under the EIA Notification 2006. New institutions – National Environment Management Authority (NEMA) and State Environment Management Authorities (SEMA) – have been proposed as full time technical organizations with the capacity (assisted by appropriate technology) to process all environmental clearance applications in a time-bound manner. Eventually, these agencies are expected to subsume the Central and State Pollution Control Boards (PCBs).

NEMA and SEMAs would be set up under a (peculiarly titled) new law – the Environmental Laws (Management) Act (ELMA). ELMA will also provide a statutory basis for the principle of “utmost good faith.” According to this principle, project proponents have to disclose all information about the project, and certify that the facts stated are true. If it is later found that complete and accurate information has not been submitted, then penalties in the form of fines, imprisonment, and/or revocation of clearance will be imposed. The ELMA also suggests the setting up of Special Environment Courts in every district to decide cases arising under the ELMA expeditiously. Considering the government’s inertia in empowering the National Green Tribunal (NGT), the likelihood of such environmental courts being set up in every district is slim.

An additional forum of appeal has been recommended for parties aggrieved by any decision regarding an environmental clearance application. This is viewed by many as a significant dilution of the NGT’s current jurisdiction – a response to the NGT’s “anti-development” stance on certain issues.

Several aspects of this report are indeed worrying: the dilution of public consultation processes and the near-free ticket to projects of “strategic” and “national” importance – both vague terms; the periodic stress on speeding up approval processes (but not necessarily improving the quality of decision making); the lack of substantive discussion on why existing regulatory institutions have failed to protect the environment, yet recommending similarly structured new institutions and a poorly conceived and drafted new law. Interestingly, the Committee does not engage substantively with issues relating to water and air quality, which form the core of two of the laws under review. In fact, other than the environmental clearance process under the Environment (Protection) Act, the Committee does not comment much on the several other regulatory processes under the EPA. In many ways, the Committee has missed a fantastic opportunity to spearhead much-needed reform in Indian environmental regulation.

The report is now being scrutinized by the Parliamentary Standing Committee of Science & Technology, and Environment & Forests, and it is hoped that the government will engage in extensive and meaningful public debate before initiating any reform measures. While many of its recommendations are environmentally and socially unpalatable, the Committee’s diagnosis of what ails Indian environmental governance (although incomplete) is accurate and can serve as a starting point to rethink environmental regulation in the country.

For instance, one issue highlighted by the Committee is the complete failure of current monitoring and enforcement mechanisms. It is important to engage with this issue substantively, and urgently. With capacity and resource constraints, as well as certain legal impediments (aggravated by extraneous factors such as corruption and lack of political will), monitoring agencies like the PCBs are not in a position to consistently and accurately monitor regulatory compliance. Defaulters are seldom caught, and the penal sanctions are hardly a deterrent; they are not proportionate to the wrongdoing, and are rarely levied in a timely manner. Criminal prosecutions, particularly under the pollution and wildlife laws, drag on for years, and these judicial delays often have grave (and irreversible) environmental consequences.

The current model of regulation (mainly a command-and-control strategy) with criminal sanctions has failed, and it appears unlikely that the government can, in the foreseeable future, facilitate conditions necessary for such a model to work well. In such a situation, regulatory processes must necessarily be reconfigured. It is suggested that regulatory agencies be given the authority to respond with greater flexibly to different problems. The concept of a regulatory tool box with a mix of instruments (with escalating levels of severity) has been mooted in other contexts as a preferable alternative to a regulatory scenario where the regulator can only take extreme measures (like shutting down a power/water supply or revoking a license) which may be politically, socially, economically, or legally undesirable [Hahn & Stevens 1991, Ayres & Braithwaite 1992]. The regulator may then select the instrument(s) that appropriately corresponds to the nature of default, the track-record of the defaulter, and the degree of environmental damage. The ELMA proposes a graded penalty system [Clause 8.2], which could be a possible starting point for the development of such a regulatory tool box.

Meaningful environmental regulatory reform is a task of monumental proportions. It clearly requires a more deliberative democratic process and greater engagement with all stakeholders than has been the case so far. The government must steer clear of hasty and ill-considered acceptance of the Committee’s recommendations.

Shibani Ghosh is an environmental lawyer associated with the Centre for Policy Research, New Delhi.